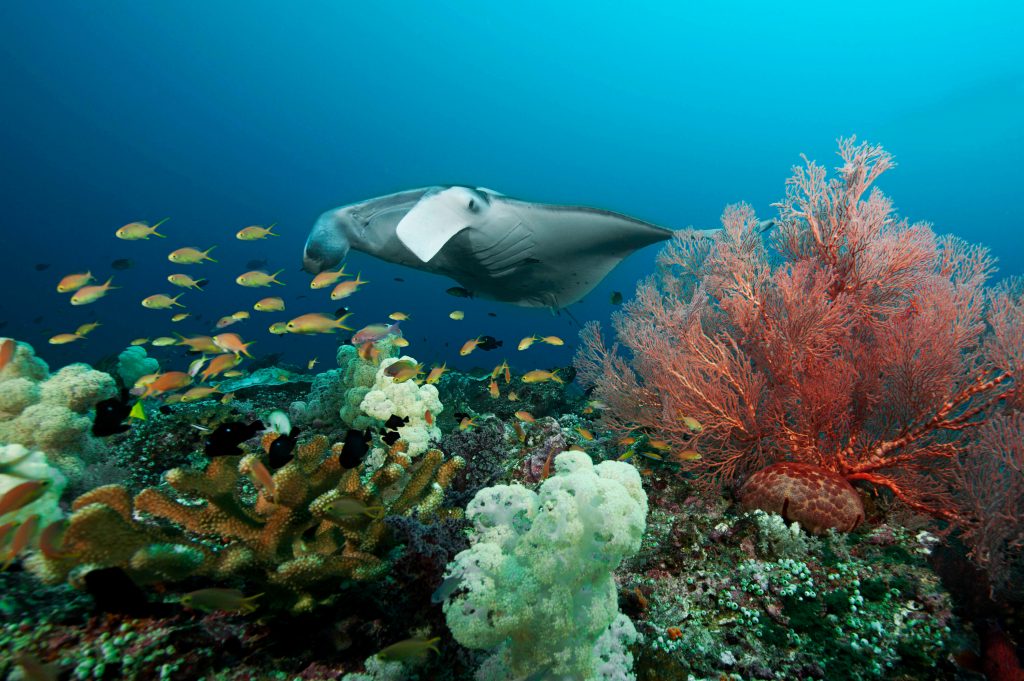 Across the globe, governments, NGOs, scientists, conservationists and many others are hailing the conclusion of the Conference of Parties to the Convention on Biological Diversity (CBD COP15) where countries successfully adopted the Kunming-Montreal Global Biodiversity Framework late Sunday night. Recognizing that the world urgently needs to undertake more decisive action to halt habitat destruction and extinction, this framework, agreed to by the nearly 200 nations in attendance, supports the implementation of United Nations Sustainable Development Goals and includes four goals and 23 targets aimed at reversing biodiversity loss. This includes the adoption of the ‘30×30’ goal as Target 3:

By 2030, governments must ensure that “at least 30 per cent of terrestrial, inland water, and of coastal and marine areas, especially areas of particular importance for biodiversity and ecosystem functions and services, are effectively conserved and managed through ecologically representative, well-connected and equitably governed systems of protected areas and other effective area-based conservation measures.”

Ending the year on a hopeful note, this is a real achievement for a body that operates by consensus and provides the world with a path toward nature’s recovery. Backed by strong scientific justification, the 30×30 goal is something that Marine Conservation Institute and our allies have been pushing for in international arenas for almost ten years, and was first heralded as a desire to protect 30% of the global ocean in highly protected areas by the end of the current decade.  And over the past 5 years, a growing cadre of countries rallied behind 30×30 and independently made bold promises to meet that goal.

Twenty-twenty-two became the resumed super-year for the ocean as the world crawled back out of COVID 19 pandemic delays on global actions.  In June, at the United Nation’s Ocean Conference (UNOC) in Lisbon, governments from every continent made announcements to either create or expand their marine protected areas. In light of this historic Global Biodiversity Framework adoption, we take an in-depth look at these commitments and their follow-through. Are we on a path to reach 30×30 before it’s too late?

To increase coverage of marine protected areas, countries have two options: expand existing MPAs, or create new ones. At the UNOC countries such as Belgium, Ireland or Slovenia renewed their commitments to reach this goal, while some others are focused on smaller incremental steps: Israel doubling coverage to 2%, 13% for Guatemala, 20% for the Maldives. Others, such as Colombia announced they have already surpassed the 30% threshold, especially by expanding the Malpelo Island protected area. Panama, claiming to have protected 30% of its marine area last year, announced that it is now targeting 40% for 2030.

Portugal announced plans to expand its MPAs in the Azores Archipelago. Uruguay created a Whale & Dolphin Sanctuary that will include a 60% no-take area, and Israel confirmed its intention to develop a plan to protect the Palmachim Slide, a unique deep-sea habitat threatened by offshore hydrocarbon prospects and fishing, and has since followed to establish that MPA in September. Gabon declared to have protected 26% of its marine area, and Cambodia highlighted the creation of a new MPA covering 405 square meters for the Koh Rong Archipelago.

Despite these promises, Marine Conservation Institute’s scientists and analysts warn that the magnitude of the declarations made during the UNOC and the past year don’t represent a rate of MPA establishment sufficient to reach an effective conservation threshold for every ocean ecosystem by the end of this decade. While the expansions of MPAs are certainly positive steps, they must be viewed in the context of ocean protection on a global scale.

The trends of the last few years call for moderate optimism. Around 34 countries have protected more than 10% of their ocean estate, but that leaves 122 coastal countries that have yet to meet the 10% Aichi target.  At the global level, less than 7% of the world’s marine surface is presently protected, even under the most minimal of regulations, and a report from Oregon State University showed that by implementing all the UN ocean commitments from 2014 to 2019, we would still only reach 8.9% of global ocean protection. If we continue at the same pace of MPA creation from the past few years, we will barely reach 15% in 2030, and the 30% target could take decades to be reached.

But effective and lasting ocean protections must be as qualitative as they are quantitative. If we further consider the assessment of current MPA coverage using the MPA Guide, a widely respected framework for assessing the level of protection afforded by marine protected areas,  soon-to-be-published Marine Conservation Institute research shows that only one-third of areas globally are highly or fully protected from industrial threats and other detrimental human impacts.

So far commitments remain largely based on national or regional governments’ initiatives to protect their territorial waters and economic exclusive zones. However, about 61% of the global ocean is outside of national jurisdictions, yet only 1.5% of that is currently protected in any form of MPA, with less than one percent fully or highly protected. Thus, even if many countries reach 30% MPA coverage in their own waters, it will not be enough to reach 30% globally. A robust high seas treaty is needed now to achieve effective ocean conservation.  The resumption of the Intergovernmental Conference 5 in February 2023 will likely lead to a high seas treaty, a positive opportunity for creating networks of protected areas safeguarding sensitive deep sea ecosystems and other areas beyond national jurisdictions later this decade.

How to transform commitments into conservation measures?

Marine Conservation Institute is committed to helping the world protect marine biodiversity through equitable and effective means. We recognize the body of science that shows when and how marine protected areas deliver strong biodiversity benefits (MPA Guide and Blue Parks). As an NGO, we made sure to celebrate effective MPAs with strong management and protection schemes by awarding 3 marine protected areas as Blue Parks in 2022 to highlight their good practices in marine conservation.

The GBF and the 30×30 target is a momentous milestone, and we deserve to celebrate. We must also remember that setting a goal is only the beginning. According to the Marine Protection Atlas, currently 8.1% of the ocean is protected and only 2.4% is fully or highly protected; we have a long way to go and must not wait to take action. Not only do we need to rapidly increase the area coverage of marine protected areas (MPAs) and other effective area-based conservation measures (OECMs), but we must ensure that they are effective. We don’t need lines on maps and words on paper, but strong, science-based protection actively managed on the water – much like the outstanding MPAs in our Blue Parks Network.

At Marine Conservation Institute, we’re ready to roll up our sleeves and recommit ourselves to our mission to “secure permanent, strong protection for the oceans’ most important places.” We have long been the standard bearer in consistently tracking, creating, celebrating, and advocating for strong, effective marine protection. Our two flagship programs, the Marine Protection Atlas and Blue Parks, highlight the importance of fully and highly protected marine areas where meaningful and effective biodiversity benefits are realized. We can’t reverse the biodiversity crisis with creative accounting and lines on the map that aren’t reflected in action on the water. We need real change and real protection, or else the alarming loss of marine life will continue while we sit and watch from the sidelines.

We look forward playing a part in making real and positive change for the ocean in 2023 and throughout the next decade. Helping the world achieve the 30×30 target means taking on many challenges head-on, including preventing dilution of conservation standards, promoting inclusion of Indigenous peoples and mitigating the concurrent threat of climate change. Stay tuned for future blogs addressing Marine Conservation Institute’s role in tackling these challenges.

Achieving the 30×30 goal with meaningful protection will require a gargantuan global effort, but for now, we want to especially acknowledge the hard work and dedication from all our partners and friends and wish everyone a peaceful and healthy holiday season. And in 2023, it’s time to get to work!