President Bush's creation of Papahānaumokuākea, the Pacific Remote Islands, and Rose Atoll Marine National Monuments in 2006 and 2009 and President Obama's expansion of them were crowning moments of nearly a decade of Marine Conservation Institute’s efforts in the Pacific. 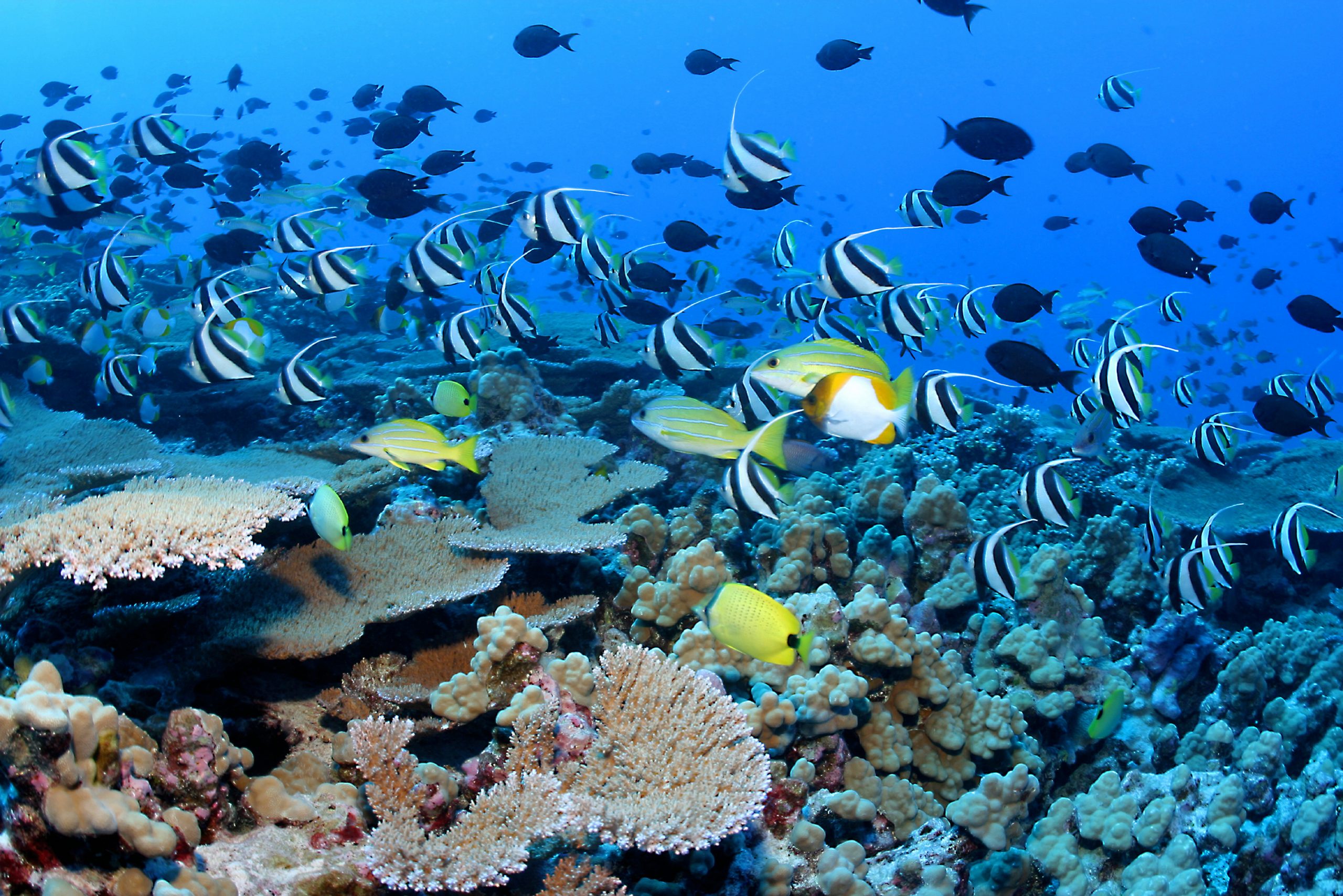 Marine Conservation Institute works to secure permanent protection for important ecosystems throughout the world's oceans. In 2005, we began building the scientific case for strongly protecting a long chain of islands near Hawaii called the Northwest Hawaiian Islands. These were remote, almost all uninhabited, and surrounded by near pristine coral reef ecosystems that were being fished intensively from the main Hawaiian Islands. The area clearly deserved the highest level of protection so that the marine life could recover. President Bush's creation of Papahānaumokuākea, the Pacific Remote Islands, and Rose Atoll Marine National Monuments in 2006 and 2009 and President Obama's expansion of them were crowning moments of nearly a decade of Marine Conservation Institute’s efforts in the Pacific.

In 2005, our team gathered data and science based arguments to successfully advocate for protection of the Northwestern Hawaiian Islands. Later named Papahānaumokuākea, this protected area, now 583,000 sq miles in size (twice the size of Texas and over three times the size of California) is home to some of the most biologically diverse and near-pristine coral reef ecosystems in the world. This designation set the stage for a decade of creating extremely large and fully protected areas around the world. Today, the US Pacific marine monuments (Papahānaumokuākea, Pacific Remote Islands, and Rose Atoll) covering approximately 900,000 sq miles of ocean -one tenth the size of the US land mass- are some of the best examples of marine protected areas (MPAs) in the world. In 2017, Papahānaumokuākea was one of the inaugural Platinum Blue Parks honored by Marine Conservation Institute as one of the very best MPAs in any ocean.

We continue to support the efforts of MPA managers in the Pacific to protect the many species of marine wildlife, including the critically endangered Hawaiian monk seal, which lives primarily in the Pacific monuments. As proud as Marine Conservation Institute is of these achievements, we are also mindful that extractive industries want to roll back MPA protections in the Pacific and regain access to the marine life in these areas.  We will not back away from these hard won conservation victories, and remain vigilant to attempts to undermine these important coral reef ecosystems. We actively defend the Pacific marine monuments with new data and science whenever they are attacked. With climate change and other threats accelerating, we need to invest more in a healthy ocean, not less.