Climate change, overfishing, bycatch, and plastic pollution all threaten marine life and are driving many populations down. Some scientists think we are facing a sixth extinction event; there have been five other massive ones in the Earth's history. An estimated 90% of large marine predators have disappeared in recent decades. Marine mammals in every ocean are threatened.

The Hawaiian monk seal has thrived for the past 13 million years in the oceanic waters and coral reefs of the Hawaiian Islands, but today is one of the most endangered seals in the world and the most endangered marine mammal in the U.S. Over the last 50 years, the Hawaiian monk seal population has declined by more than 60%. However, due to extensive efforts by the National Oceanographic and Atmospheric Administration (NOAA) and environmental nonprofits like Marine Conservation Institute and many others in Hawaii, the population has stabilized at around 1,400 and for the last few years has grown by about 2% per year, enough to double to a safer size in 35 years.

Reasons for the decline of this species are many: hunting to near extinction in the mid-1800s; entanglement in fishing debris; unintentional hooking and entanglement in fishing gear; loss of habitat for pupping and resting; competition for food in the Northwestern Hawaiian Islands (NWHI); aggression by males that kill females or pups; and shark predation in the NWHI.

Our role in preventing the extinction of this rare species has been to ensure that NOAA has sufficient resources dedicated to the monk seal program and selection of the seal for its highest priority endangered species conservation efforts, a program called Species in the Spotlight.  In addition, we authored a clear-eyed, independent analysis of the monk seal program's policies and administration, an assessment of what was working and what was not. Many of its recommendations have been adopted. 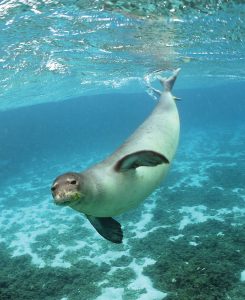 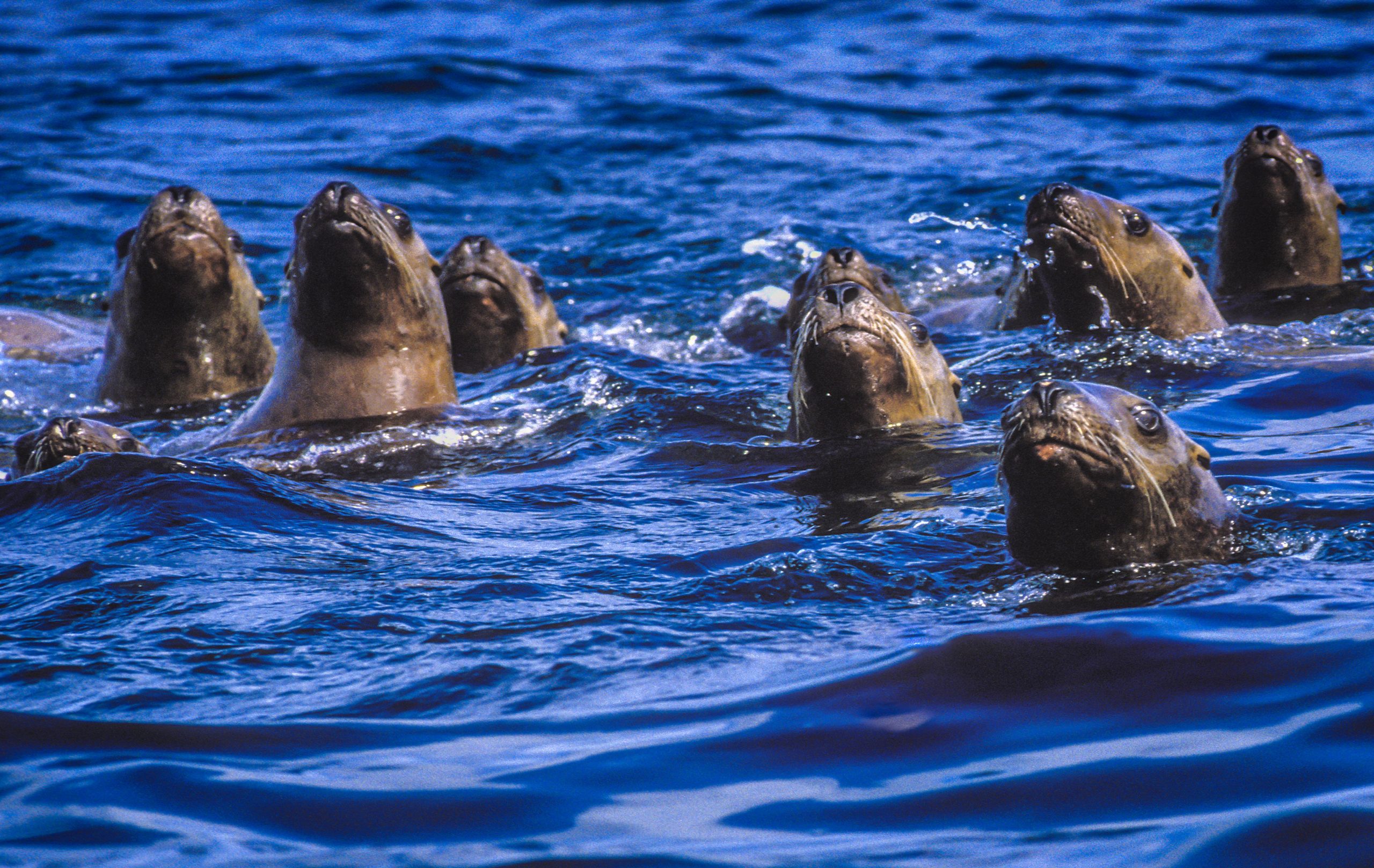 Our role in trying to prevent functional extinction of this iconic species across 450 miles of the western Aleutian chain of islands has been to raise the alarm at NOAA, to propose restrictions on commercial fishing much farther out to sea from the islands where pups are birthed, and to investigate the possibility of a Steller sea lion marine protected area in the region. NOAA has spent tens of millions of dollars on researching the decline of the sea lions in this area and has never proposed a fishing ban to preserve food for the sea lions nursing their young.

Pacific gray whales have faced two near-extinction events--first in the mid-1800s when whalers discovered the warm lagoons where these whales gathered by the thousands to give birth, and again in the early 1900s as whaling technologies evolved and whalers used “floating factories” to hunt and process the newly-rebounding populations of gray whales.

Studies have shown that gray whales are extraordinary ecosystem engineers: by feeding at depth and releasing fecal plumes near the surface, they enrich waters and support plankton growth, and they transport nutrients thousands of miles from their rich feeding grounds in the Bering Sea to their calving lagoons in Mexican waters.

As climate change destabilizes ocean temperatures and disrupts the timing of migrations, gray whales have become increasingly susceptible to entanglement with crab pots along the west coast of North America. Marine Conservation Institute has advocated for better protections and for amended crabbing seasons in order to keep pace with changing ocean conditions and protect these gentle giants.

Marine Conservation Institute believes in fighting for global marine protection and preserving ecosystems and migratory paths that transcend political borders. The west coast of North America is home to a great number of shared marine species — not only gray whales but also blue whales, leatherback sea turtles and bluefin tuna — all of which migrate thousands of miles, moving across national borders without hesitation. In 2005, we published a study, Marine Priority Conservation Areas: Baja California to the Bering Sea (B2B), highlighting the 28 most important places to protect along the North American coastline, including especially unique areas such as the Gulf of California, important migratory corridors like Unimak Pass, and areas rich in biodiversity such as Monterey Bay. Marine experts consider these areas essential to safeguarding the biological diversity of the West Coast of North America. 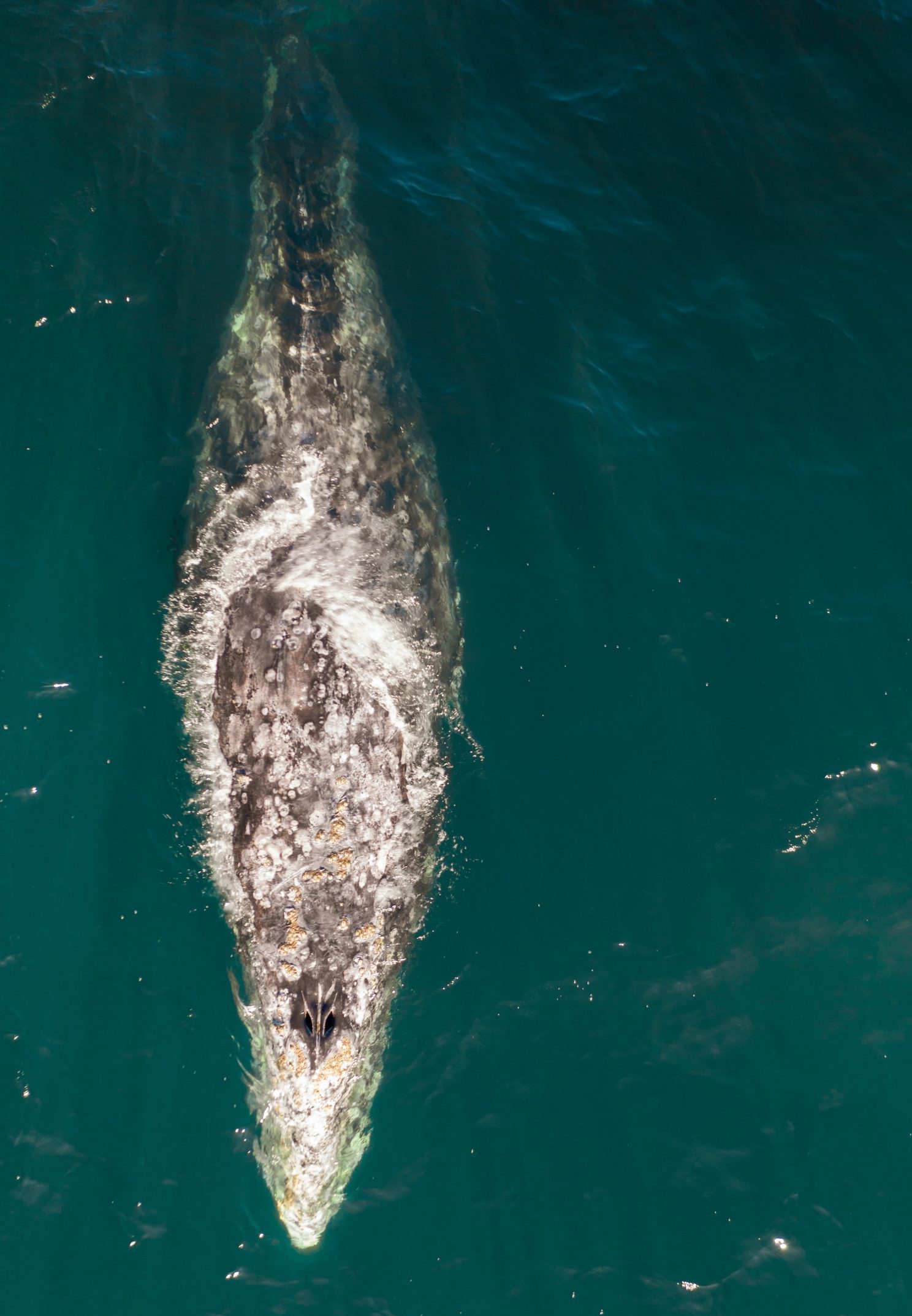 Join us in protecting endangered species around the world. Please visit our Take Action page or Donate to make our oceans healthier for us and future generations.