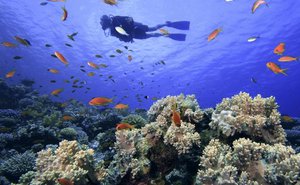 Life in the oceans is essential to life on Earth. Oceans moderate our climate, generate half the oxygen we breathe and are a major source of protein in our diets. They are critical to our survival and prosperity and yet, overfishing and other human-caused threats jeopardize biodiversity, fisheries, tourism and other industries dependent upon healthy oceans. If we do not take immediate action, we face a mass extinction of marine life that will have a profound impact on our lives and livelihoods.

This doesn't have to happen. Marine protected areas, or MPAs, are one of the most effective ways to recover and restore ocean life. Like parks on land, MPAs are places in the ocean which have been recognized as important for conservation because of their value to marine ecosystems. But not all MPAs are created equal – the level of protection provided can vary wildly and some are so lenient that they barely restrict any activity that harms ocean health. By strongly protecting critical areas that represent the diversity of life in the seas, we can prevent catastrophe and ensure vibrant, abundant oceans for generations to come.

A Roadmap to Protect Ocean Life 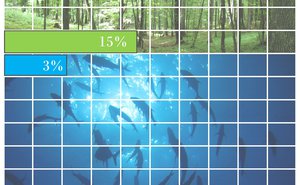 ​Even with multiple governments, international coalitions and nonprofit organizations working to establish MPAs, progress has been too slow to make a meaningful difference for ocean life. Less than 3% of oceans are protected in MPAs, far less than the 13% of land under protection. More importantly, only half of the area in MPAs is designated as “no-take” reserves, which provides the strongest level of protection. Many of the most important and vulnerable ecosystems are not yet protected and others are vastly underrepresented. We have a long way to go.

Marine Conservation Institute realized that the world needed a tool to provide real-time information on current and proposed MPAs and their effectiveness in protecting marine life. So we launched a service that we believe fills this need: MPAtlas.org, an online resource that provides the most up-to-date information on marine protected areas.

Thanks to the vision and generous support of the Waitt Foundation, we began working in 2011 to compile the information needed to create a robust database and interactive map that are integral components of MPAtlas.org. A prototype website was launched in February 2012. After months of testing and evaluation, MPAtlas.org was formally released in December 2012.

Currently, visitors to the website can locate and learn about individual MPAs. Many nations and regions have set goals for the number of MPAs they want to establish. MPAtlas.org tracks progress in achieving those goals. We are creating tools that will allow users to pull and analyze data by a variety of social, political and ecological factors. We will make the site more dynamic by incorporating social media and providing opportunities to share personal experiences. With increased functionality and improved features, MPAtlas.org will be the most comprehensive, easy-to-use resource for ocean advocates, marine scientists, decision-makers, educators and anyone interested in learning about ocean conservation.

Marine Conservation Institute has incorporated MPAtlas into our own efforts to advocate for marine protected areas. Each year we release our annual SeaStates reports, ground-breaking reports that rank coastal US states and regional federal waters by the percentage of their waters in strongly protected, no-take marine reserves. In recent years there have been major swaths of protection afforded to our remote island states and territories and slowly the push to better protect our oceans has been expanding in the mainland US waters. Even still, only four states and territories – Hawaii, US Virgin Islands, American Samoa, and California – protect more than 5% of their marine waters in strongly protected reserves, a few states protect less than 3%, and most coastal states do not yet strongly protect any of their marine waters.

MPAtlas.org also plays an important role in a new Marine Conservation Institute initiative, the Blue Park Awards. Blue Parks is a visionary approach to saving marine biodiversity. Its goal is a network of strongly protected areas in every region of the ocean. In a world experiencing unprecedented change, Blue Parks will be the safety net that ensures the survival of ocean life. To move forward, we must know where we are and where we’ve been. MPAtlas.org is the roadmap to help the marine conservation community decide where to focus future conservation efforts and to track our progress.

Marine Conservation Institute is dedicated to maintaining and recovering healthy, living oceans now and for generations to come. We work with scientists, legislators, government officials and ocean advocates around the world to protect essential ocean places and the wild species in them. Your support for MPAtlas.org and Marine Conservation Institute helps protect the special places where marine life thrives.

To learn more about MPAtlas, Marine Conservation Institute and how you can support this important program, contact: