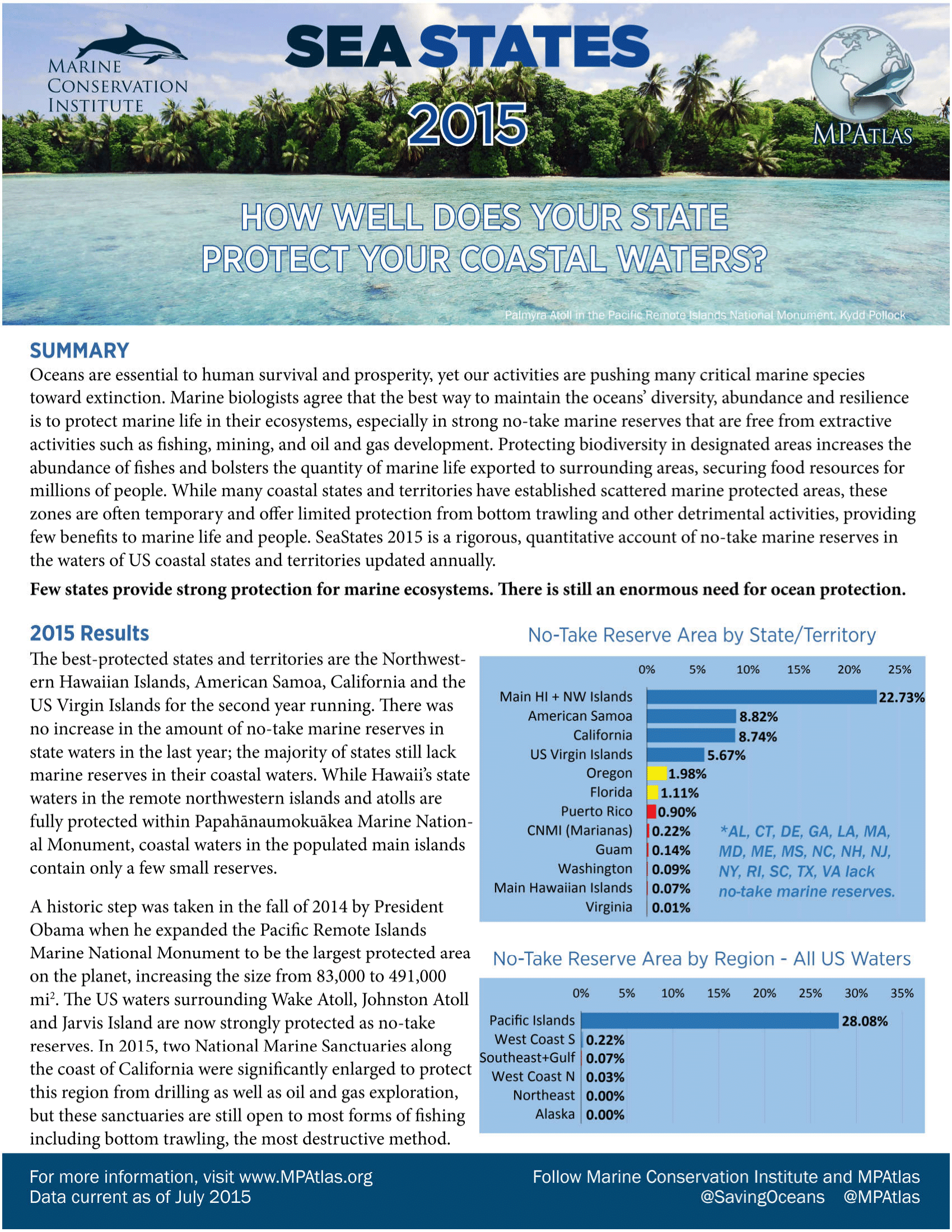 Few states provide strong protection for marine ecosystems. There is still an enormous need for ocean protection. Oceans are essential to human survival and prosperity, yet our activities are pushing many critical marine species toward extinction. Marine biologists agree that the best way to maintain the oceans’ diversity, abundance and resilience is to protect marine life in their ecosystems, especially in strong no-take marine reserves that are free from extractive activities such as fishing, mining, and oil and gas development. Protecting biodiversity in designated areas increases the abundance of fishes and bolsters the quantity of marine life exported to surrounding areas, securing food resources for millions of people. While many coastal states and territories have established scattered marine protected areas, these zones are often temporary and offer limited protection from bottom trawling and other detrimental activities, providing few benefits to marine life and people. SeaStates 2015 is a rigorous, quantitative account of no-take marine reserves in the waters of US coastal states and territories updated annually.

The best-protected states and territories are the Northwestern Hawaiian Islands, American Samoa, California and the US Virgin Islands for the second year running. There was no increase in the amount of no-take marine reserves in state waters in the last year; the majority of states still lack marine reserves in their coastal waters. While Hawaii’s state waters in the remote northwestern islands and atolls are fully protected within Papahānaumokuākea Marine National Monument, coastal waters in the populated main islands contain only a few small reserves.

A historic step was taken in the fall of 2014 by President Obama when he expanded the Pacific Remote Islands Marine National Monument to be the largest protected area on the planet, increasing the size from 83,000 to 491,000 mi2. The US waters surrounding Wake Atoll, Johnston Atoll and Jarvis Island are now strongly protected as no-take reserves. In 2015, two National Marine Sanctuaries along the coast of California were significantly enlarged to protect this region from drilling as well as oil and gas exploration, but these sanctuaries are still open to most forms of fishing including bottom trawling, the most destructive method.