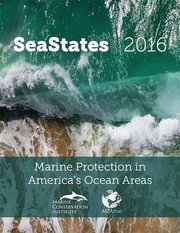 There has been significant conservation progress in US waters, but most of this has been achieved in our remote, tropical and sub-tropical Pacific waters, while securing strong marine protection for coastal waters of the continental US remains slow. The recent designation of the first marine national monument in Atlantic waters is a historic development and crucial step in the right direction.

Oceans are essential to human survival and prosperity, yet our activities are pushing many critical marine species toward extinction. Marine biologists suggest that the best way to maintain the oceans’ diversity, abundance and resilience is to protect marine life in their ecosystems, especially in marine protected areas (MPAs) that minimize extractive activities such as ¬fishing, mining and oil and gas development. While many coastal states and territories have established marine protected areas, these zones are often temporary and/or offer limited protection from bottom trawling and other detrimental activities, providing few long-term conservation benefits to marine life and people. Studies show that no-take marine reserves are the most effective type of protected areas. The benefits of marine protected areas increase when they are larger, more isolated, eliminate fishing, effectively enforced, and established for five or more years.

However, numerous “MPAs” lack many, if not all, of these safeguards critical to ensuring the resilience of our ocean ecosystems. No-take marine reserves, in contrast, prohibit all extractive activities and deliver the conservation benefits that marine life need to thrive. Protecting biodiversity in marine reserves increases the abundance and diversity of marine life exported to surrounding areas, both securing food resources for millions of people and preventing loss of species.  In this report we group these fully protected no-take marine reserves with several large and isolated MPAs that permit recreational fishing at insignificant levels, calling this group “strongly protected MPAs”.

SeaStates is a rigorous, quantitative account of strongly protected MPAs in the waters of US coastal states and territories updated annually by the team at MPAtlas.org. First published in 2013, our annual reports are intended to be a tool to measure and evaluate the progress towards effective marine protection in US waters.

The greatest coverage of strongly protected areas occurs in the waters of Hawaii, the US Virgin Islands, Puerto Rico, American Samoa, and California. Within coastal state waters, Oregon was the lone state to add strong protection this year with the designation of its 6th and final marine reserve.

This year we also celebrate two giant steps forward for ocean conservation taken by President Barack Obama in US federal waters. The first was the expansion of Papahānaumokuākea Marine National Monument from 139,797 to 582,578 sq mi. Originally designated by President Bush in 2006 (at that time the largest MPA), this marine monument once again became the largest protected area on the planet in early September 2016, pushing the total area to over twice the size of Texas. Two months later, the monument lost this title to the massive Ross Sea Protected Area in Antarctica announced at the end of October 2016. Papahānaumokuākea is home to more than 7,000 species, a quarter of which are endemic, or found nowhere else on Earth; some of these species have only recently been discovered.

President Obama also created the first monument in the US Atlantic. At 4,913 sq mi, the Northeast Canyons and Seamounts Marine National Monument protects the only four seamounts in US Atlantic waters as well as canyons that host hundreds of species, including stony corals, soft corals, sea pens, anemones, sponges and black corals—some dated to more than 4,000 years old. The monument intends to phase out commercial fishing in the next seven years but will allow recreational fishing. It is unclear right now how strongly this area will ultimately be protected.

Our ocean has many different habitat types with species assemblages unique to each one. While it is critically important that we balance protection across all habitats in each marine region, we have yet to achieve representative protection in the US. In addition to setting a powerful conservation example for the rest of the world by protecting large, ecologically significant areas, the US--under the leadership of President Obama--  has protected unique marine regions by establishing the Northeast Canyons and Seamounts Marine National Monument. Prior to establishment, US marine protection was essentially limited to one large marine region in the central Pacific, leaving many unique habitat types in continental waters without protection. The creation of this new monument is a powerful step in the right direction that will hopefully pave the way for securing a representative network of strongly protected marine areas in all US continental waters.

In July of this year, Congressmen Sam Farr (D-Calif.) and Ted Lieu (D-Calif.) introduced landmark legislation (H.R. 5797) to safeguard a series of seamounts and the marine wildlife they support in the deep sea off California. These extraordinary places are highly productive ‘oases’ in the deep sea. California’s seamounts support rare deep-water corals and sponges, endangered white abalone, endangered fin and blue whales, and many other species. Safeguarding of these deep sea ecosystems and the many other ecosystems around that country that lack strong protection is urgently needed.

Marine scientists recommend strongly protecting at least 30% of the ocean in ecologically representative and well-connected systems of marine protected areas (MPAs) or other effective conservation measures. At the 2016 International Union for the Conservation of Nature’s World Conservation Congress, a motion was passed by an overwhelming majority to protect at least 30% of each marine habitat in a network of MPAs with the ultimate aim of creating a fully sustainable ocean.
With only 1.63% of the ocean in strongly protected MPAs that are fully designated and implemented on the water, we have a long way to go until 30% is protected. But the recent progress noted in this report, especially the monument designations by President Obama provide hope for marine life that are facing more threats than ever before and accelerating climate change impacts.