Dr. Sandy Trautwein grew up on the Chesapeake Bay and developed a passion for marine biology at an early age. Her curiosity and passion for marine organisms led her to a career serving public aquariums. She began as an aquarist at the National Aquarium in Baltimore, Maryland and later worked as Curator for Coral World in St. Thomas, USVI. Trautwein helped open the Aquarium of the Pacific in Long Beach, CA where she served for 23 years, first as Curator and later as Vice President of Animal Husbandry. She received a Bachelor’s of Science degree in Biology from Towson State University in Maryland and a Master’s of Science degree in Marine Biology from the University of Charleston in South Carolina. She went on to complete her PhD in Biology at the University of California in Los Angeles. Her research focused on coral reef ecosystems throughout the Pacific Ocean where she discovered four new species of coral crab. 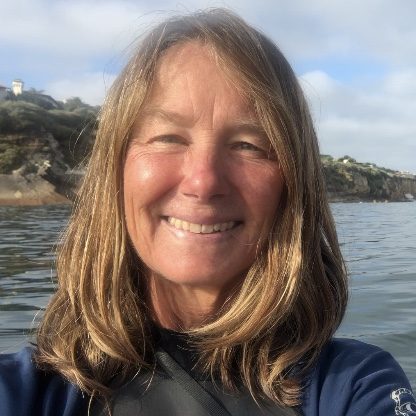