Professor Laurence McCook works in science-based management and conservation of marine ecosystems, especially coral reefs. He is currently Head of Oceans Conservation for WWF Hong Kong. He was recently a President's International Visiting Professorial Fellow at the Chinese Academy of Sciences, South China Sea Institute of Oceanology, and Senior Advisor to the Marine Program of Conservation International in Indonesia. Previously he worked with the Great Barrier Reef Marine Park Authority. He is also Partner Investigator in the Australian Research Council Centre of Excellence for Coral Reef Studies. Prof. McCook has more than 30 years’ experience, including coral reefs in Australia, Indonesia and the “Coral Triangle” and the Caribbean. He has worked with government, academic, non-government and industry sectors and international bodies. Laurence worked for the Great Barrier Reef Marine Park Authority from 2003 to 2014, where he was responsible for the scientific basis of management. Before that, he spent 12 years at the Australian Institute of Marine Science, researching the ecology of coral reef resilience and degradation, the effects of water pollution, climate change and over-fishing. In 2005, Prof. McCook was awarded a Pew Fellowship in Marine Conservation. 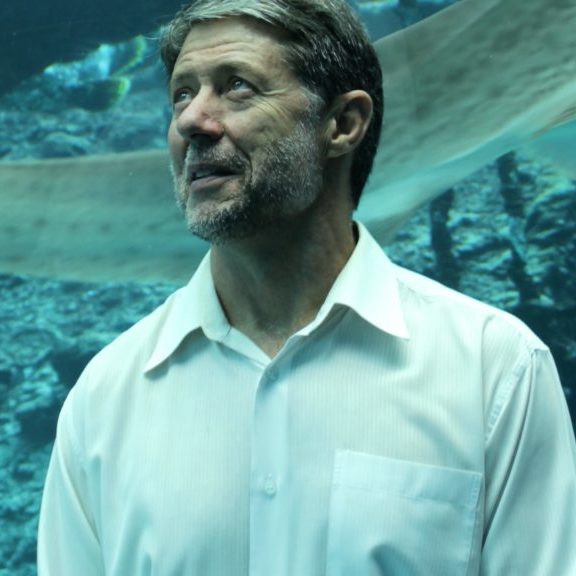