Dr. Jean Harris has recently joined the Wildlands Conservation Trust to direct their marine WILDOCEANS programme. Prior to this she led the scientific services team of Ezemvelo KZN Wildlife, the conservation agency which manages the protected areas and biodiversity in the eastern province of South Africa. Dr. Harris completed her PhD in estuarine intertidal trophic ecology at the University of Cape. She then joined the South African Antarctic programme to conduct field studies in Dronning Maud Land on inland rocky outcrops or “nunataks” where snow petrels nest. Thereafter she moved to work on the subtropical east coast of South Africa where she focussed on rocky shore ecology, co-management of small-scale fisheries and marine protected areas. Jean has served on the Scientific Authority that advises the South African Minister of Environment on biodiversity matters, as well as the Marine Science for Management Programme Committee of the Western Indian Ocean Marine Science Association (WIOMSA). Her current initiatives include the Ocean Stewards Programme which aims to build offshore marine science capacity and inspire a new generation of ocean advocates. She is a core team member for two offshore projects funded through the African Coelacanth Ecosystem Programme (ACEP), that are conducting research in support of marine protected area expansion. Jean is also the skipper of RV Angra Pequena, the 72 ft research and training vessel that is being used by these projects to deploy equipment such as a remotely operated video (ROV), baited underwater video systems for fish communities (BRUVS) and sediment grab samplers to survey little-studied habitats and species in depths of 40-250m along the east coast of South Africa. 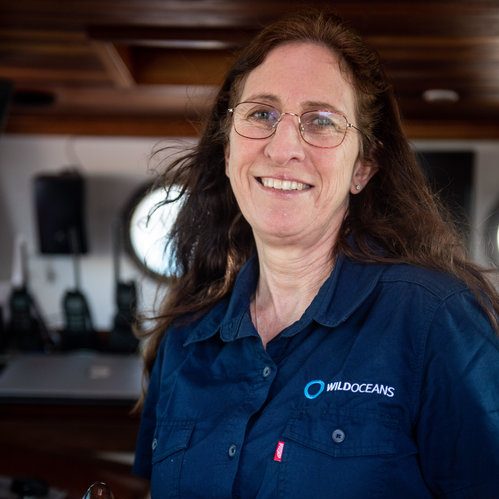