Featured Picture: Life is both weird and beautiful in the deep ocean. Here, a Schaefer’s Anglerfish (Sladenia shaefersi) uses modified fins to walk along the seafloor in search of prey. Photo courtesy of NOAA.

The deep sea is so remote that many people are completely unaware of the incredible diversity – and absolute strangeness – of the creatures inhabiting these deep waters. That’s right, life starts to get a little weird as you venture below 200 meters. From sharks straight out of nightmares, the always-terrifying giant isopod, and the aptly named blobfish, many deep-sea organisms appeared to have evolved on another planet. There’s probably a reason for that – the deep-sea is an extremely harsh environment – devoid of sunlight, under extreme pressure, and very food limited – causing organisms to evolve quite differently than in shallow water or terrestrial environments. Fortunately for us, this weirdness has resulted in the creation of natural chemical compounds that have significantly advanced medical and scientific research.

Obtaining useful chemical compounds from nature is nothing new – a whopping 37% of pharmaceutical sales are drugs that were derived from plant or microbial life, with 10,000 compounds isolated from marine environments alone. Aspirin may sound like a futuristic wonder drug, after all it relieves pain, prevents heart attacks, and may even reduce cancer rates. But it wasn’t created in a lab, it’s derived from the salicylic acid found in certain shrubs and tree bark – gifting humans relief all the way back to the ancient Greeks. Natural compounds have found important uses outside of medicine as well. The key enzyme that allows us to replicate DNA in the lab (the prerequisite for an incredibly long list of applications ranging from forensics, paternity testing, modern agriculture, and taxonomic identification) stems from the discovery of an oddly heat-resistant bacteria from a hot spring in Yellowstone National Park. 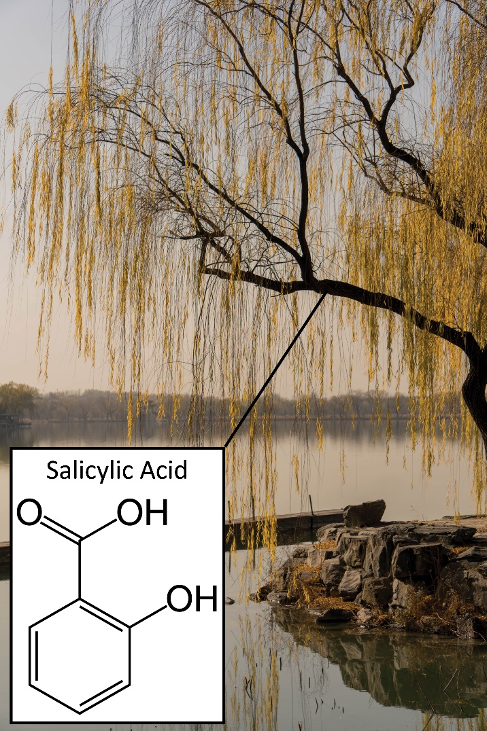 The majority of known ‘useful’ compounds come from terrestrial or shallow-water marine environments – simply because that is where we have sampled the most organisms. However, in the more limited sampling that has been conducted in the deep ocean, there are already a number of examples of deep-sea chemicals that are already being used by humans. A deep-sea sediment core collected in the vast North Pacific Ocean had some unusual and unidentifiable bacteria, which in turn were found to create some unusual chemicals that bolster our immune response to both herpes and HIV. A sponge collected off the coast of the Bahamas was found to contain alkaloids (morphine is another example of a naturally-derived alkaloid) that may extend the lifespan of people diagnosed with leukemia, lung cancer, colon cancer, and melanomas. Other deep-sea organisms have been found to contain chemicals that are being developed as an anti-inflammatory in skin cream, to treat a myriad of tumors, to treat nerve damage, and as antifungal agents. Reminiscent of the Yellowstone enzyme that first made DNA replication possible in the lab, a chemical from a deep-sea Archaea from hydrothermal vents is currently being used as a heat-resistant but much less error prone DNA replication tool. These advances in DNA replication capabilities are a key component of rapid viral testing, including the tests currently being developed for the COVID-19 virus that is sweeping the planet. 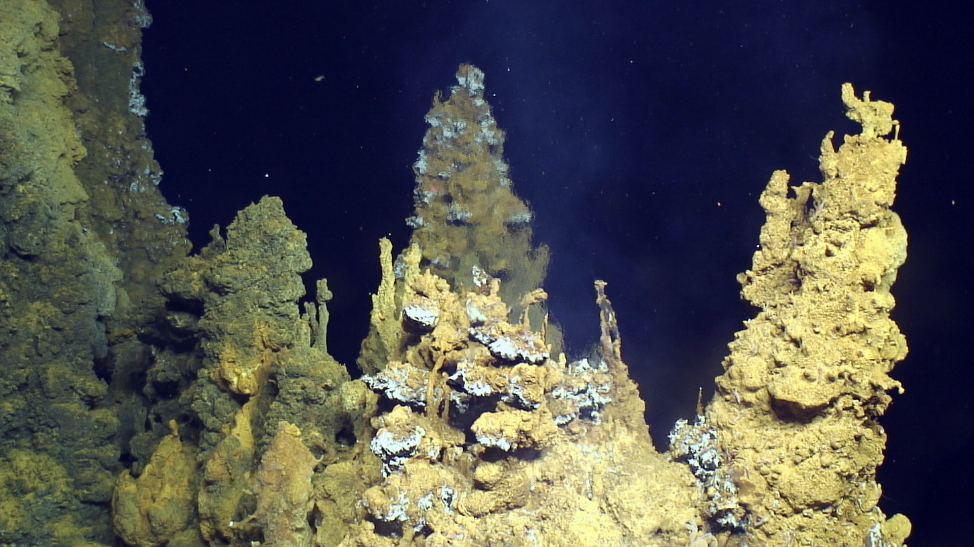 Sulfide chimneys at a hydrothermal vent at the Urashima vent site. Vent sites like this are where Thermococcus litoralis grows, a sulfur-eating Archaea that has allowed for lab-DNA replication with a very low error rate. Photo courtesy of NOAA.

Given the vast area of our oceans that have yet to be explored, let alone sampled, it is likely that there is a treasure trove of chemical compounds waiting to be uncovered in some of the strange creatures that call deep waters home. Unfortunately, deep-sea ecosystems are under a barrage of threats ranging from climate change, overfishing, pollution, and resource extraction. So while the deep sea can be weird to the point of seeming a little scary, perhaps the scarier thought is that we might destroy this trove before we’ve fully explored the treasures that lie within.

It’s easy to dismiss the deep sea. It’s far away, weird, and has less obvious ties to humans. However, as scientists study more deep-sea habitats, we continue to not only uncover life-altering chemical compounds, but we’ve also learned that the deep-sea provides a wide array of critical ecological services. Deep-sea coral reefs provide key nursery habitats that thousands of other species rely on, including commercially important fish and invertebrates. Recent research shows that deep-sea ecosystems also play critical roles in the ocean’s carbon and nutrient budgets, recycling nutrients back into other marine ecosystems while providing very long-term sequestration of carbon that would otherwise contribute to global climate change and ocean acidification. Speaking of climate change, scientists believe that deep-sea habitats may serve as climate refugia where corals and other marine organisms can survive as our oceans warm and acidify. The deep-sea also provides important scientific and educational opportunities, as well as aesthetic beauty (weirdness and all!), not just for us, but for generations to come.

So who needs the deep sea? We all do.

Also check out this piece Marine Conservation Institute wrote on the deep sea titled Medicines from the Deep.