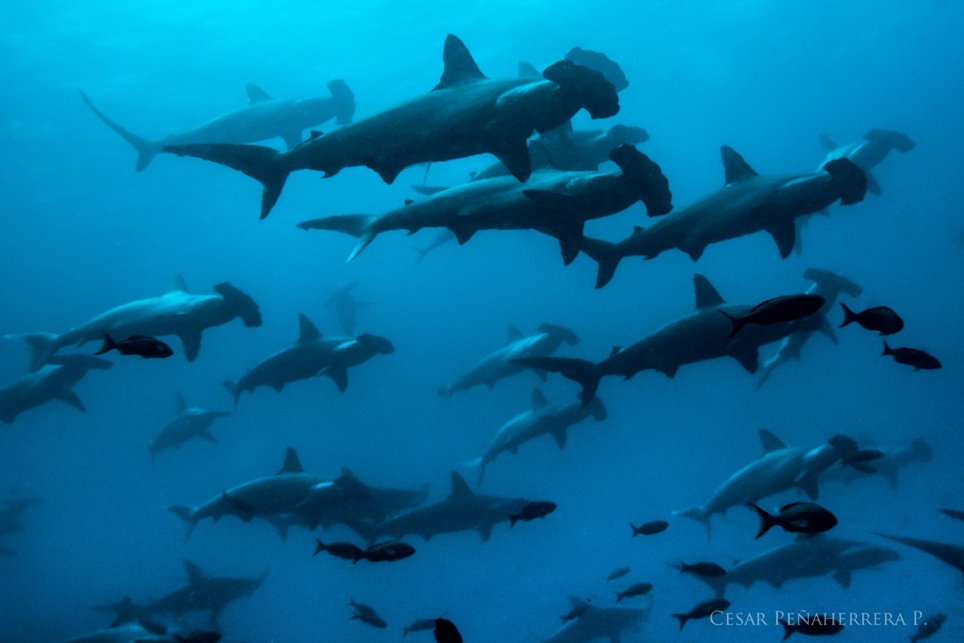 Migrating animals can connect marine ecosystems thousands of kilometers apart. Many shark species are highly migratory, their migration routes serving as conduits that connect systems and create a network of shared nutrients. The network formed by shark migration routes can span an area thousands of kilometers across, often following topographic features like underwater seamounts [1]. In the Eastern Tropical Pacific, sharks connect incredible hotspots of wildlife and the protected areas that safeguard it, forming a vital network that supports the region’s renowned biodiversity [2].

Marine protected areas (MPAs) in the Eastern Tropical Pacific provide expansive havens where sharks are safe from fishing pressures. Malpelo Flora and Fauna Sanctuary, which earned a Platinum Global Ocean Refuge Award in 2017 for its outstanding conservation commitment, hosts a prodigious population of highly migratory hammerhead sharks [3]. These hammerheads also spend time in Cocos Island National Park [4], a 2019 Global Ocean Refuge nominee located almost 700 km away from Malpelo. Sharks and other apex predators account for nearly 40% of the total fish biomass around Cocos Island [5]. Finally, these hammerheads also travel hundreds of kilometers from Malpelo and Cocos Island to the Galapagos Marine Reserve [6], another 2019 Global Ocean Refuge nominee and home to the highest reef fish biomass ever recorded; hammerhead sharks comprise close to half of this biomass [7]. In healthy marine ecosystems like the ones in the Malpelo, Cocos Island and Galapagos MPAs, the traditional fish biomass pyramid is inverted, meaning sharks and other top predators have the highest abundance and biomass rather than the populations of smaller fish at the bottom of the food web. In the Galapagos, apex predators like Galapagos, silky, and hammerhead sharks account for 75% of the total reef fish biomass. Areas with inverted pyramids are exceedingly rare and occur only in healthy and nutrient rich ecosystems [8]. 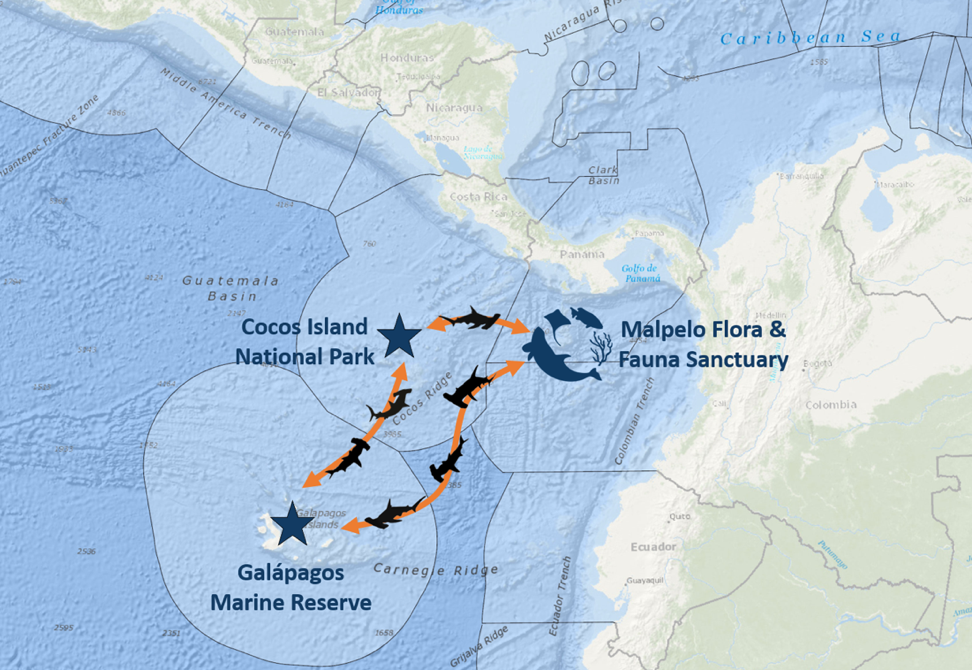 The sharks that call these Eastern Tropical Pacific MPAs home are well-traveled, and much like humans, they often travel along specific routes. A series of seamounts exist between Cocos Island and the Galapagos, known as Cocos Ridge. Sharks use Cocos Ridge as a swimway to travel between the Galapagos, Cocos Island, and Malpelo, connecting these wildlife hotspots in the Eastern Tropical Pacific [9]. While sharks are protected within these MPAs, they are highly vulnerable to intense fishing pressures along the swimway. Protective regulations along this swimway are crucial to the continued health of the entire region.

MigraMar is an organization of marine scientists that study migratory species in the Eastern Pacific and champions protections for these species and their ecosystems. MigraMar scientists have been tracking sharks in the Eastern Tropical Pacific for decades. Their efforts have revealed that hammerhead sharks rely on Cocos Ridge to navigate the deep dark ocean because of its magnetic fields [10]. Each new revelation about the sharks of this region underscores the importance of improving protection in the region. 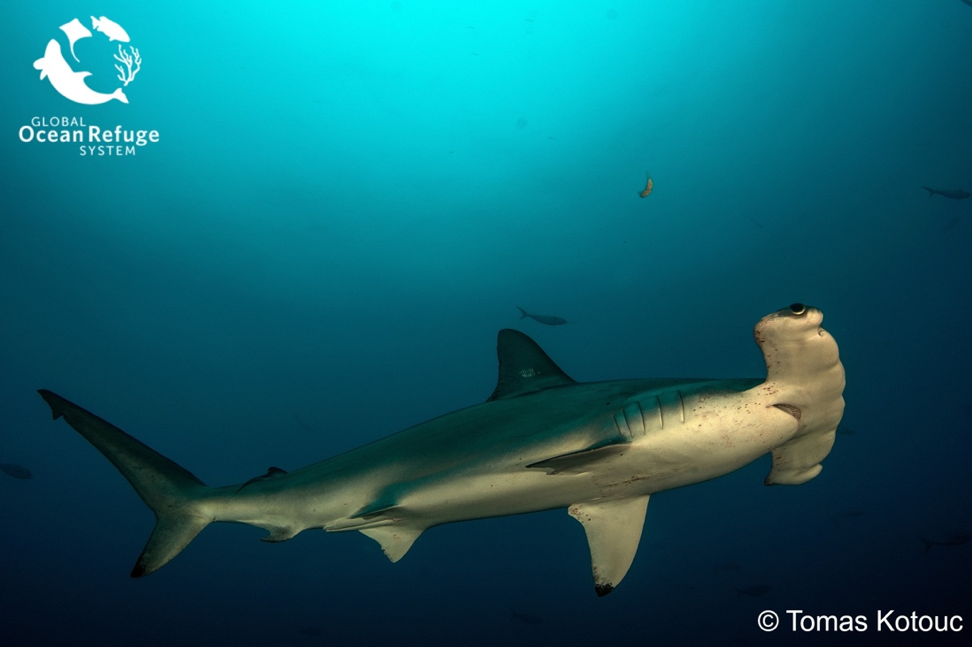 The MigraVía campaign aligns with the Global Ocean Refuge System’s aim of assembling a network of strongly protected areas to safeguard marine biodiversity. Protecting swimways ensures that the sharks protected within Global Ocean Refuges remain protected even as they migrate between refuges. Sharks have roamed the ocean for a whopping 450 million years, surviving five mass extinctions. Yet, they may not survive us humans. Their future depends on our ability to protect these important migratory routes.