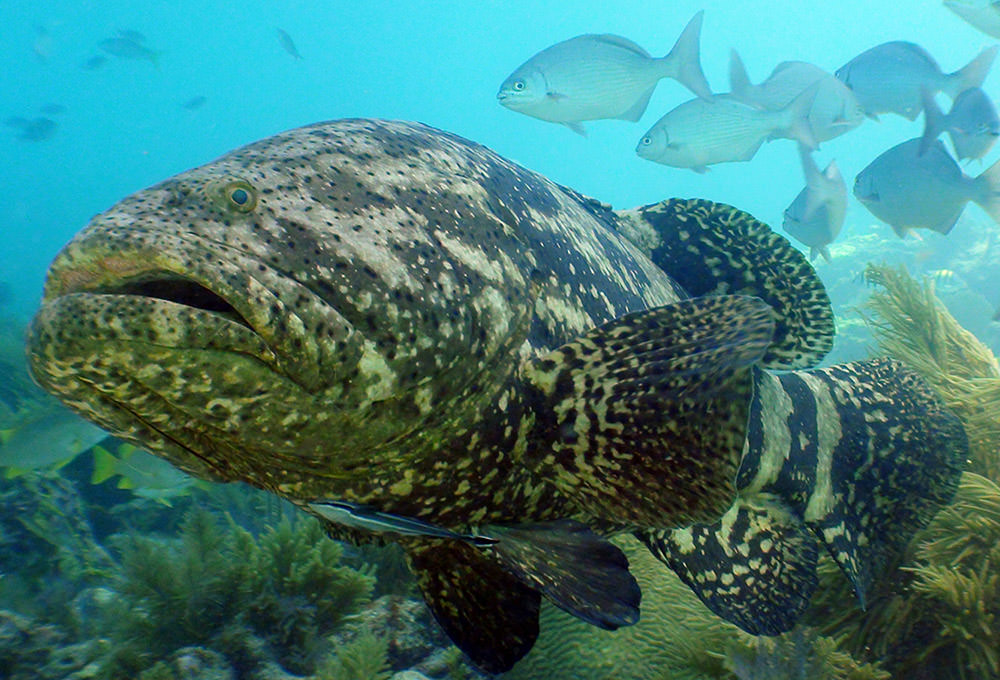 Florida’s abundant and diverse marine life – snappers, groupers, sharks, marlin, sea turtles, manatees – and special habitats like the Florida Keys coral reefs have made it an important destination for millions of visitors and new residents for decades. But these rich marine and coastal ecosystems are fraying at the edges or in sharp decline in many places. Nutrient pollution in the Indian River Lagoon of Florida’s central east coast is resulting in seagrass die-offs that are starving resident manatees which are dying by the hundreds. Coral cover in the Florida Keys marine sanctuary has declined by over 90% in the past two to three decades. Ecosystems are in decline from ocean warming, pollution, more powerful storms, coral disease, and overuse. As the third largest state by population – almost 22 million – Florida is also critical to the national discussion and legislation about climate change, marine conservation, and so many other important environmental issues.

For these reasons, Marine Conservation Institute has devoted increasing attention to marine conservation issues in Florida over the past many years. Helping to grow a louder voice for marine conservation in Florida and working with others to preserve and restore unique marine places like the Florida Keys and the deep-water Oculina coral reefs is our objective. This work is beginning to pay off; and we may see some conservation victories in the next 12 months. Here’s a quick update on our two campaigns:

On June 28th, we and our national and local partners in Florida filed a coalition letter signed by 48 groups representing millions of members opposing the re-opening of sensitive Oculina coral reef habitat to heavy bottom trawl nets that could crush and smother them with sediment. We believe that science and common sense ought to convince the fishery regulators to do the ‘right thing’ and reject the proposal for shrimp bottom trawling in an area that’s been protected since 1984 and shows signs of recovery. The coalition also filed over 43,000 signatures opposing the terrible proposal.

To listen to a fascinating conversation with two marine scientists discussing why this area is important for recreational fishermen and other marine life, listen to this podcast by Salt Strong, one of our newest allies in the fight to preserve the Oculina reefs.

This administration’s vision for Preserving and Restoring America the Beautiful and 30% conservation of our oceans is inconsistent with opening this area that’s already protected. We cannot go forward by taking backward steps, especially for a coral reef that exists nowhere else on Earth and the first deep sea coral to be protected in the world in 1984.

On July 12th, the Florida Keys National Marine Sanctuary staff presented the government’s proposed new plan for the sanctuary, the first comprehensive, new plan since 1995. We listened carefully for the proposed changes in fishing and access regulations that met our Florida coalition –Florida Keys Restoration Partnership- requests. And there were positive measures we asked for in the proposed plan, including small expansions of existing areas with high levels of protection. While the proposal is a step forward, most fully or highly protected areas in the core sanctuary that could create substantial gains for marine life, are still too small to make much of a conservation difference. They need to be much bigger to make a difference. One important win is the Sanctuary’s expansion to include Pulley Ridge, a mid-water coral reef that we’ve been trying to get additional protection for since 2014.

Over the next 90 days, we’ll be working hard to respond to this draft plan with detailed suggestions for more improvements and to gather massive public support –tens of thousands of signatures asking for more improvements in the plan. We’ll be working closely with our Florida allies and government officials, too. You’ll be critical in helping us gather that support in Florida and around the US. The Florida Keys sanctuary belongs to all of us, it’s our only continental shallow coral reef and its outlook for the future is dire without substantial improvement in its protections. When you think about coral reefs you might visit easily to see colorful reef fish, manatees, or amazing birdlife, the Florida Keys is what comes to mind for most of us.

So let’s work to preserve what remains and to restore the rest.