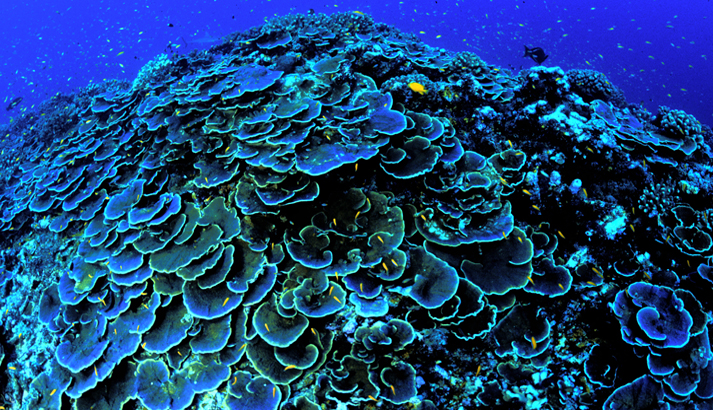 President Trump has released two Executive Orders that are a direct attack on America’s most spectacular places on the land and in the sea, currently protected as National Monuments and National Marine Sanctuaries. These public lands and waters define who we are as a nation. The President’s attempt to revoke or shrink our monuments and sanctuaries is a devastating assault on our nation’s remarkable historical, cultural and natural heritage.

Trump’s first Executive Order, released on April 26th, directs the Department of the Interior to review National Monuments larger than 100,000 acres created since 1996, which includes all of America’s Marine National Monuments. Mr. Trump could use these reviews to eliminate monuments, shrink their boundaries or change their management plan from providing strong protection to allowing resource extraction. These monuments were created under the Antiquities Act, a law signed in 1906 by President Theodore Roosevelt to protect extraordinary features of the great American landscape. Sixteen presidents from both parties have used this authority to protect stunning lands and oceans. From the Grand Canyon, Acadia and Zion National Parks, to Papahānaumokuākea Marine National Monument, Trump’s myopic review puts precious sites such as these at risk to exploitation and permanent destruction.

Two days later he announced another Executive Order focused on opening up U.S. waters to oil and gas development.  Mr. Trump directed the Department of the Interior to look at the Arctic Ocean, Atlantic and Pacific coasts for oil and gas resources, and the Department of Commerce to investigate the energy and mineral potential within every National Marine Sanctuary and Marine National Monument designation and expansion since 2007. In addition, the order prohibits designating or expanding any National Marine Sanctuary until the site has been vetted for energy or mineral resource potential.

From sea to shining sea, the president is attempting to rollback, and even eliminate, the newest monuments and marine sanctuaries protecting America’s most spectacular natural wonders. For over 100 years presidents have sought to protect our natural and cultural heritage because Americans overwhelmingly support our national parks, public lands and waters (a 2014 Hart Research poll showed that 90% of voters supported Presidential proposals to protect some public lands and waters).

Together, these Executive Orders gravely threaten over 1.2 million square miles of America’s most incredible marine places. Marine Conservation Institute was closely involved in the process of securing protection for many of these important ocean places that are home to remarkable marine life and cultural features of American history.

But you have an opportunity to help defend these precious sites! The Department of the Interior has opened a public comment period for the public to weigh in on the value of national monuments at risk of being shrunk or even eliminated by President Trump.  Will you raise your voice for national monuments that protect extraordinary features of the great American landscape and seascape?

Where are the marine areas at risk?

The team at Marine Conservation Institute has mapped the ocean places under threat from these Executive Orders to show the scale and distribution of what we stand to lose.

What is special about these marine areas?

There are eight key marine monuments and sanctuaries that are under review: 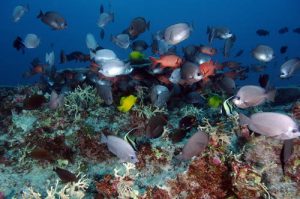 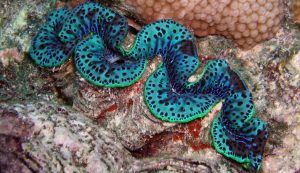 3. Pacific Remote Islands Marine National Monument (PRIMNM): Marine Conservation Institute again worked closely with President G.W. Bush to secure protection for PRIMNM in 2009. The seven remote island possessions and territories and surrounding waters in this monument include some of the most pristine tropical islands and coral reef ecosystems in the world. On September 25, 2014, the Obama Administration expanded the monument to more fully protect the marine ecosystems unique to this part of the world.

4. Mariana Trench Marine National Monument: This marine monument was designated in 2009 by President G.W. Bush and protects some of the most biologically diverse waters in the Western Pacific that include incredible diversity of seamount and hydrothermal vent life. This monument also contains one of the most diverse collections of stony corals in the Western Pacific, exceeding 300 species, more than any other known U.S. reef region. 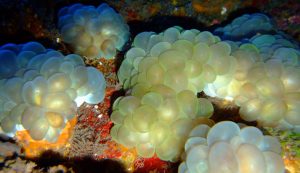 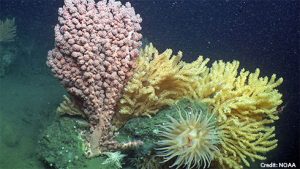 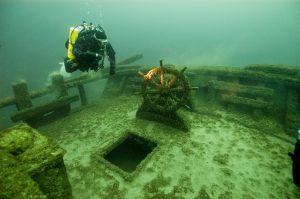 ©NOAA. A NOAA archaeologist documents the schooner FT Barney at the bottom of Lake Huron.

7/8. Greater Farallones and Cordell Bank National Marine Sanctuary: These two distinct sanctuaries protect one of the most prolific upwelling zones in North America, a process that supports a diversity of marine wildlife, including 25 endangered or threatened species, 36 marine mammal species, more than one-quarter million seabirds, endangered blue and humpback whales, and an important population of white sharks.