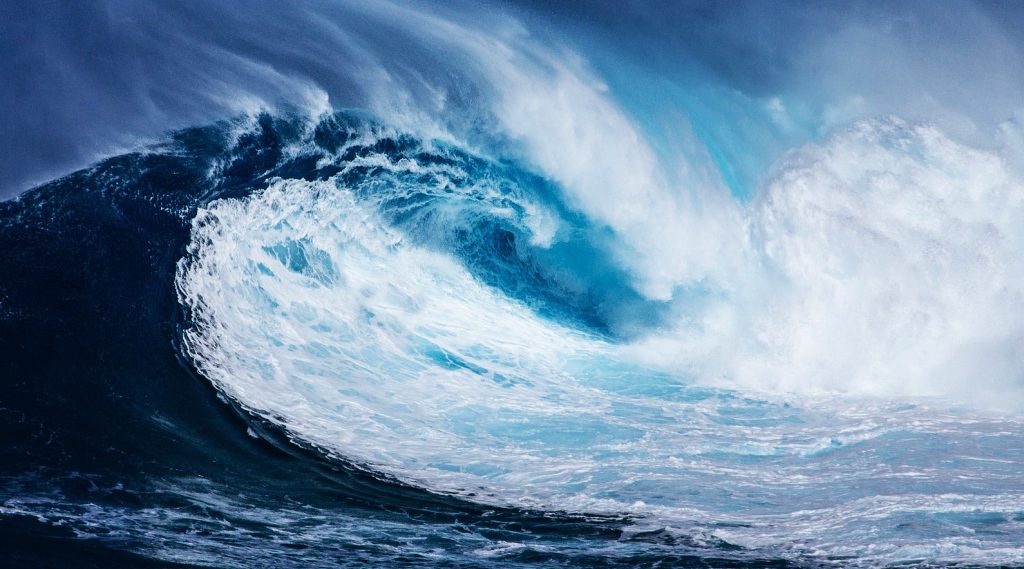 I have a confession: I’m a budget geek and always have been. Why? Because budgets reflect the values and priorities of a government or organization. They are the best way to learn what their leaders see as important and what their plans for the future are. Using the Fiscal Year 2019 (FY 19) budget proposal–that’s the year that starts in October 2018–as a metric, this President’s administration does not value our oceans. The FY 19 budget proposal for NOAA (the National Oceanic and Atmospheric Administration) is down by about 20%, or $1 billion, despite marine issues needing more attention than ever. Will ocean problems be 20% less severe or costly to study next year? No. Let’s dive into where the big cuts are planned and explore the President’s indifference to the oceans. 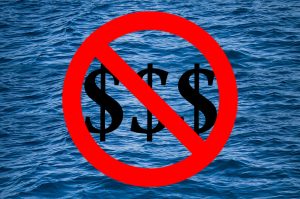 President Trump has proposed huge cuts to NOAA funding that will threaten our ocean.

His administration proposes cutting $100 million for coastal zone management and planning. The coastal zone is where about 50% of our population lives today, and yet he seeks huge cuts to habitat conservation, storm and sea level rise planning, coastal flooding preparedness, and protecting estuarine reserves. The President would also like to cut $100 million from managing U.S. fisheries, enforcing fishery laws and protecting marine mammals and other species. At a time when dozens of fish populations are still recovering from overfishing, climate change is stressing marine wildlife and illegal seafood is flooding our markets, how is this reduction remotely justified? 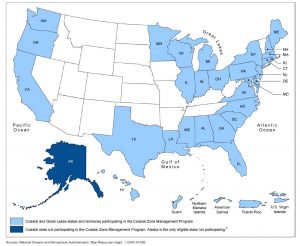 President Trump also proposes cutting $200 million, almost half the spending, from NOAA’s budget for oceanic and atmospheric science. This reduction would cripple our government’s weather, ocean and climate change research capabilities when it is pressing that we better understand these systems. Strange ocean warming events, like the Pacific Ocean Blob, the worldwide bleaching and death of coral reefs and ocean acidification are just a few examples of the important issues NOAA researches with this funding. 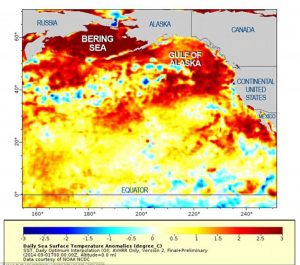 Warm water blobs recorded off the West Coast in 2014. NOAA was instrumental in helping us understand this phenomenon. Source: NOAA

To make matters worse, another $500 million cut is projected for the National Weather Service and the satellite program that gathers critical weather and other environmental data from space. This cut will reduce our ability to acquire the satellites that supply most of the data for our national weather service and local weather predication providers. Millions of Americans use this information in their decision-making every day, yet the President feels its sliver of our federal spending is unearned? 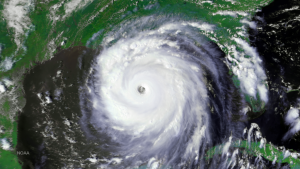 I think these cuts to NOAA’s research, regulation and enforcement will cripple an agency that hasn’t seen budget growth in years despite ever-inflating costs. What are we to make of this administration’s disregard for ocean stewardship? Slashing funding will not make our problems go away, it will only make them less understood and less visible. That is a huge mistake for our nation. Globally, the ocean is warming and getting more acidic; critical fish populations are declining; and the weather is generally getting more dangerous and unpredictable. 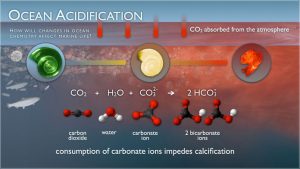 Other countries are stepping up their marine research and conservation efforts. The United Nations is moving forward on negotiations to protect the high seas and world leaders are making financial and other commitments to establish large marine reserves. Yet the U.S. is headed in the opposite direction. We are the world’s largest importer of seafood and have the second largest exclusive economic zone (EEZ) in the ocean; we can’t afford to take this path. At Marine Conservation Institute, we think the Trump administration’s values and priorities are all wrong for our ocean. We urge Congress to do better and will do everything we can to fight these draconian cuts.