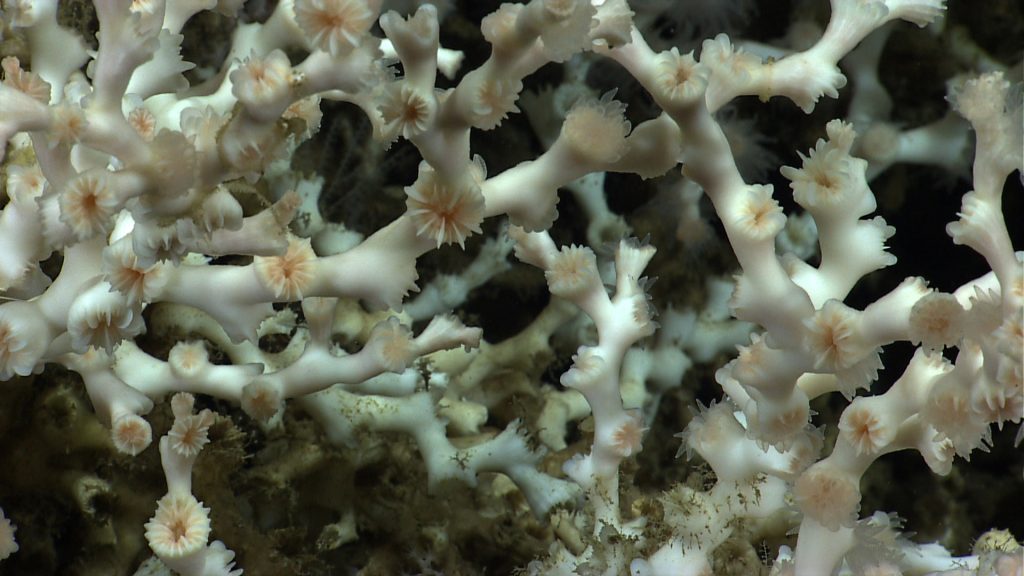 When most people think of a coral reef they are imagining a sunny tropical beach, but many coral species are actually found in the dark, cold waters of the deep sea1. These corals, commonly known as cold-water corals due to their preference for low temperatures, form beautiful ecosystems that are teeming with life. One of the largest threats to these slow-growing and fragile ecosystems is ocean acidification, the gradual reduction in the pH of our oceans caused by the excess carbon dioxide humans emit into the atmosphere. By the year 2100, it is expected that over 70% of stony corals in the deep sea will live in waters that are so acidic that they may corrode corals and make it difficult or even impossible for them to form hard skeletons2. 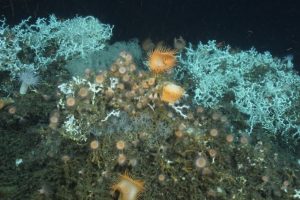 A vibrant cold-water coral reef dominated by Lophelia pertusa found in the deep sea off the coast of Louisiana. Image source: NOAA.

In a previous publication scientists from Marine Conservation Institute and Temple University showed that cold-water corals in different ocean basins had completely opposite responses to ocean acidification, suggesting some populations may be much more resilient to climate change. What about individual corals within a population – could they also exhibit different responses? Enter the hunt for a ‘super coral’, corals with a genetic makeup that render them more resilient to ocean acidification. In an increasingly acidic ocean super corals would have higher survival and reproductive rates, and over many generations would comprise an increasingly large portion of the population. If these super corals already exist in the deep sea, there is a chance that cold-water coral populations may be able to adapt quickly enough to survive in the face of climate change.

While the hunt for super corals continues, it is absolutely imperative to better protect these fragile ecosystems before they are irrevocably damaged by other threats such as bottom trawling and oil and natural gas extraction.

We are a team of highly-experienced marine scientists and environmental policy advocates dedicated to saving ocean life for us and future generations. The organization’s goal is to help create an urgently-needed worldwide system of strongly protected areas—the Global Ocean Refuge System (GLORES)—a strategic, cost-effective way to ensure the future diversity and abundance of marine life. To enhance marine protection efforts in the US and around the globe, Marine Conservation Institute has also built the world’s most comprehensive online marine protected area database at www.MPAtlas.org.