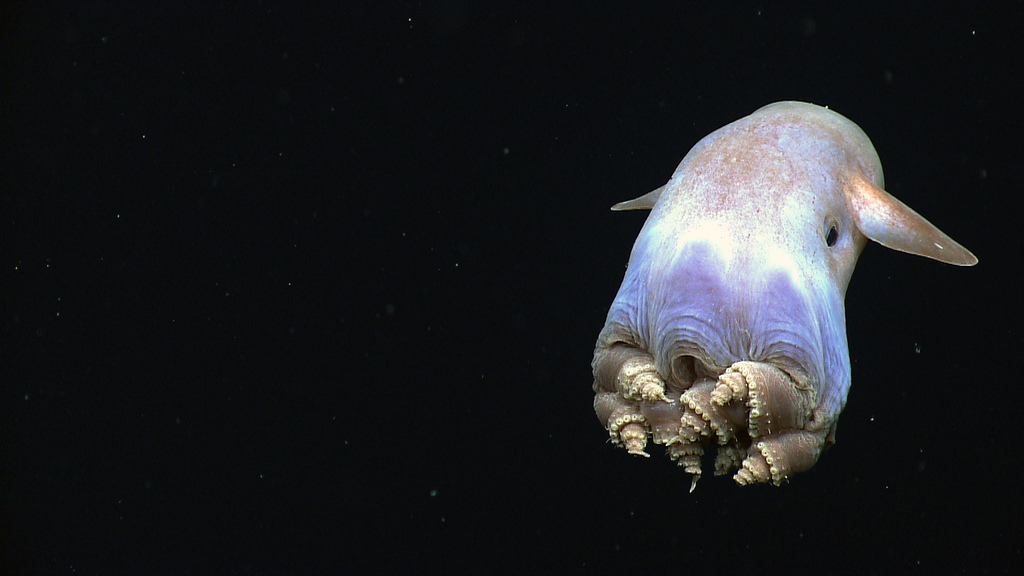 Today, we release the first in a series of short videos and multi-media stories about a unique place in U.S. oceans — huge underwater mountains, called seamounts. Rising from the deep, dark seafloor several thousands of feet below the ocean’s surface off the coast of California are dozens of seamounts.

Like the Sierra and Rocky mountains, these underwater mountains collect a spectacular array of wildlife –colorful sponges, corals, and weird fish–on their slopes. In the shallower waters above the California seamounts, predators including tunas, seabirds, and whales feed on abundant forage fish and plankton that grow fast on nutrients brought up by deep currents colliding with the seamounts.

As the ocean warms, the California seamounts are becoming climate refuges for ocean life, but like most refuges, the seamounts need protection for life to thrive. According to recent polls, the vast majority of Americans (over 90%) support strong conservation measures like establishing no-fishing or no-extraction marine protected areas in the ocean to restore and preserve special marine life, especially given climate change. We hope you will too, particularly after you see our exciting videos and engaging stories about some of America’s last, best ocean places: the California Seamounts.

Join us in taking a journey to the deep together.

P.S. Why not join our efforts to protect the California Seamounts forever and take our Seamountaineer Pledge asking decision makers for better protection of these areas?