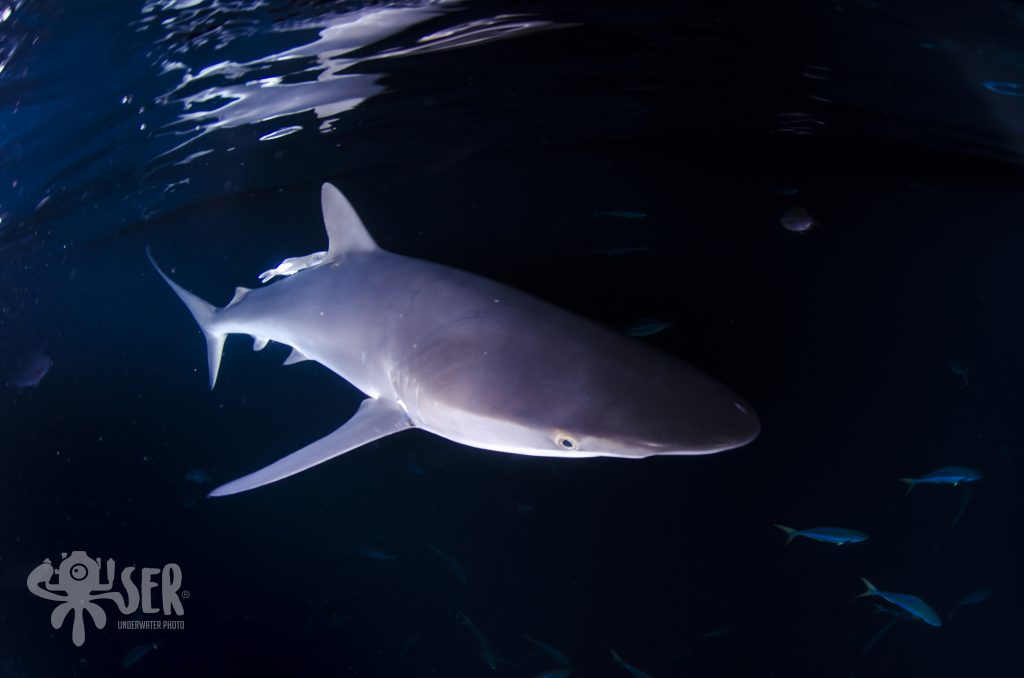 For 30 years, Shark Week has garnered widespread attention for its focus on our ocean’s most iconic predators. Though its programming can be more sensational than science based, Shark Week brings these incredible animals home for millions of Americans. And sharks need our attention like never before: according to the IUCN Shark Specialist Group’s systemic analysis of sharks, rays, and chimaeras in 2014, a quarter of their species are threatened with extinction. Bycatch, targeted fishing, and habitat loss are among the biggest threats to sharks, and research shows that losing these predators has a big impact on ocean health. One way to help shark populations recover is to create strong, well-managed marine protected areas (MPAs) that give these species refuge from human-caused threats.

Galapagos sharks are an IUCN Red List Near-Threatened species with a patchy worldwide distribution, owing to their apparent preference for reef environments around oceanic islands. Large schools of Galapagos sharks can be seen around Malpelo, where its healthy ecosystems allow them to feed and be cleaned by several smaller fish species. They face increased fishing pressure globally, which makes MPAs like Malpelo more and more important for their survival. 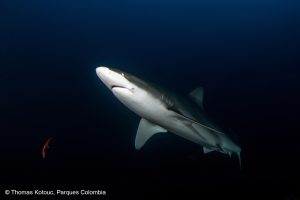 Silky sharks are found in both Malpelo and Tubbataha, with the former occasionally hosting huge aggregations of these Vulnerable  hunters. The biggest threat to these sharks may be longline and purse seine fishing vessels, which target them for the global fin trade. They are also often caught as bycatch. These GLORES award-winners give this species essential protection from overfishing.

Whitetip reef sharks are a Near-Threatened species that lives in Tubbataha and Malpelo, often around high-relief caves and corals. They are unique among requiem sharks in their ability to rest on the seafloor and pump water over their gills. Whitetip reef sharks have a slow reproductive rate and restrictive habitat preferences, increasing their sensitivity to threats like fishing.

Scalloped hammerheads are Endangered due to finning throughout their large range of warm coastal waters. This species lives in Malpelo and Tubbataha, with their Malpelo aggregations among the sanctuary’s most renowned shark groupings. Because their juveniles group nearer shore, scalloped hammerheads are vulnerable to fishing throughout their life cycle. 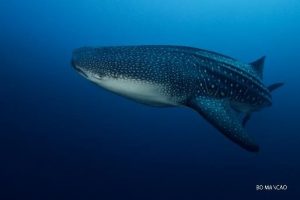 Whale sharks are the world’s largest fish species, and their Indo-Pacific subpopulation migrates through both Malpelo and Tubbataha. The presence of these gentle giants speaks to these MPAs’ ecological health, as whale shark juveniles alone eat an estimated 46 lbs. of plankton every day! Sadly, whale sharks are Endangered due to fishing, being killed as bycatch, and ship strikes. 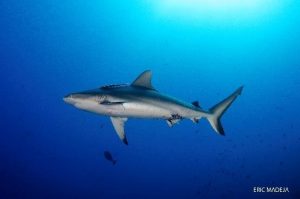 Blacktip reef sharks are native to nearshore waters throughout the tropical Indo-Pacific, and they are among the 11 shark species that live in Tubbataha’s protected waters. Though they are not a major fishing target, blacktips are Near-Threatened due to their slow reproduction and local fishing pressures in their range. As both predators of smaller fishes, like grunts, and prey for larger sharks, like tiger sharks, blacktip reef sharks are vital members of their coral reef ecosystems.

Please visit the Tubbataha Reefs Natural Park and Malpelo Fauna and Flora Sanctuary websites to learn more about their outstanding conservation work. Check out this GLORES video from our partner Shoots Media to see more of their ecosystems as well.

We have announced our 2018 GLORES award nominees and are accepting comments on their effectiveness. Add your voice to this essential conservation effort today!