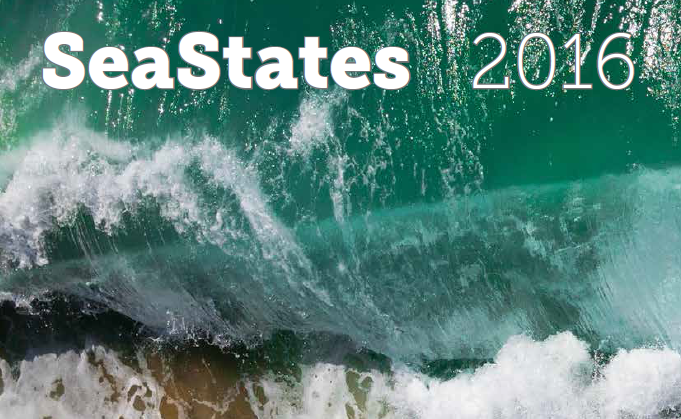 Seattle, WA—In a report released today, Marine Conservation Institute highlights that the U.S. has strongly protected 23% of all federal and state waters in marine reserves (over 1,087,000 sq mi), nearly double the 632,300 sq mi – or 13%– strongly protected as of 2015. The SeaStates 2016 report is a rigorous, quantitative accounting of strongly protected marine areas in the federal, state and territorial waters of the U.S. updated annually by the research team at MPAtlas.org, a major initiative at the institute.

The 2016 report demonstrates the immense progress made by the U.S. towards achieving the Convention on Biological Diversity’s Aichi Target 11 to safeguard 10% of each nation’s coastal waters in ecologically representative protected areas. The U.S. will be among the leading countries making progress towards this target at the Convention’s 13th Conference of Parties meeting being held in Cancun, Mexico December 4-17th, 2016. (Note: The U.S. is a signatory to the Convention on Biological Diversity, but has not yet ratified the treaty.)

SeaStates 2016 focuses on significant progress in ocean conservation taken by President Obama to protect federal waters this past year. A first step was the expansion of Papahānaumokuākea Marine National Monument from 139,797 to 582,578 sq mi in the U.S. central Pacific in August 2016. The report also highlights the first ever protection for a new marine region – the Northeast Atlantic- with the Northeast Canyons and Seamounts Marine National Monument. Prior to this designation, marine protected area coverage in U.S. federal waters was essentially limited to only one marine region, the central pacific.

Dr. Lance Morgan, president of Marine Conservation Institute said, “President Obama’s creation of the Northeast Canyons and Seamounts Marine National Monument was a powerful step in the right direction and we hope that this will pave the way for securing a network of strongly protected areas in U.S. marine regions currently lacking protection.”

At the state level, the report features Oregon as the lone U.S. state to increase strong protection within coastal state waters in 2016 and stresses that the waters off Alaska are the least protected marine region in the nation. Other marine regions have some protection, but all fall short of the 10% goal.

Dr. Morgan continued, “We are grateful to this administration and Congressional partners like Senator Schatz of Hawaii and Senator Blumenthal of Connecticut who have supported strong marine protected areas. Ultimately we hope that the momentum they generated in 2016 will help the U.S. strongly protect 30% of its ocean estate by 2030, a level supported by marine science and necessary for ensuring healthy oceans in the face of continued climate change.”

SeaStates 2016 reveals an impressive statistic: three quarters of the total protected marine area in U.S. waters (over 855,000 sq mi) was single-handedly designated by President Obama.  Mr. Obama has protected more ocean area than any one person in history.

Dr. Morgan concluded, “The ocean legacy left by President Obama is unprecedented and will benefit generations of American’s to come. In this time of political transition, it is important to remember that every other breath we take contains oxygen generated from the ocean. It doesn’t matter if you are a Democrat or a Republican, every American needs to breathe which means all Americans need healthy oceans. Marine Conservation Institute sincerely hopes that the next administration will recognize and respect the importance of these new, large protected areas to our health, our livelihoods and economy.”

MPAtlas.org is an interactive platform and the world’s most up-to-date marine protected area database that can help followers track ocean protection progress and is supported by the Waitt Foundation, Winslow Foundation, Arntz Family Foundation and Holland America Line.

For more information, please go to: