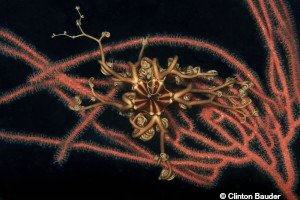 Our oceans are dotted with thousands of underwater mountains scattered beneath the waves that harbor an incredible diversity of marine life. Known as seamounts, these extraordinary places are highly productive oases in the sea, and are home to extremely fragile, long-lived, rare and sometimes endangered marine life. Some seamounts function like rest stops for migratory species, such as endangered whales, sea turtles, seabirds and sharks, on vast open-ocean journeys. 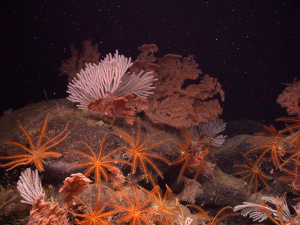 A diverse cold-water community found on Davidson Seamount off the coast of central California, credit: NOAA/MBARI

But people, and our far-reaching environmental impacts, are a significant threat to the marine life that inhabits seamounts all over the world. Because of this, seamounts are among a number of ocean features known as vulnerable marine ecosystems (VMEs).

Check out this opinion article written by Marine Conservation Institute’s Board Member Dr. Les Watling to learn more about the management of vulnerable marine ecosystem indicator species that live on seamounts.

To learn more about Marine Conservation Institute’s work with the California Seamount Coalition to protect biodiverse and fragile seamount ecosystems off of California’s coast, click here: