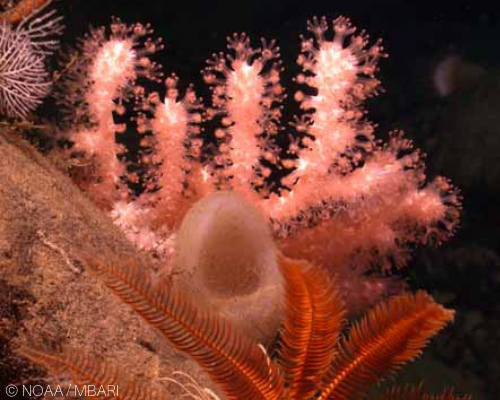 Our ocean is filled with amazing creatures, big and small. Most of its life is actually far smaller than we can see: there are millions of microscopic animals, plants, and more thriving in our ocean. Human lives may directly depend on these tiny creatures too, as researchers are increasingly turning to the ocean for new biomedical compounds. Someday, an antibiotic based on deep-sea microbes may even save your life! 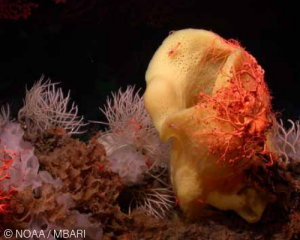 Antibiotics are a modern medical miracle, with penicillin alone credited with saving over 200 million lives. Sadly, their widespread use and misuse has led to dangerous bacteria building increased resistance to important drugs. While these resistant bacteria spread, a rediscovery issue has hamstrung medical research: it is tough to make antibiotic breakthroughs and keep pace with bacterial evolution using common terrestrial bacteria. Now, however, scientists are finding bacteria in our ocean that may help ebb this destructive tide. 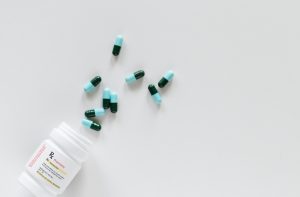 Because marine microbes are so different and diverse, the ocean offers researchers an unparalleled space for discovery. For example, scientists at Florida Atlantic University discovered that some deep-sea marine sponges are home to promising actinobacteria, a group that has contributed to many antibiotics that are in use today! Another marine bacterium found in the western Pacific Ocean has potent compounds that may fight staph infections, which are a growing issue in hospitals worldwide. Given the great potential of these bacteria, it’s more important than ever that we protect an array of biodiverse marine habitats, including the seamounts and deep-sea features off California. 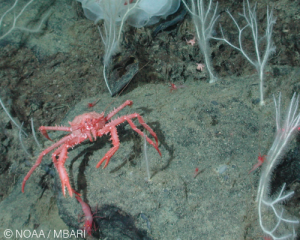 Seamounts are hotspots for corals, sponges, and other deep-sea creatures, which makes these underwater mountains essential stores of marine compounds. As we become more dependent on new drugs to beat evolving bacteria, any seamount could be home to microbes that contribute to a medical breakthrough. The decisions we make about protecting seamounts today could save lives tomorrow.

Carr, S. (2018, September 10). Tiny but mighty: Ocean health depends on bacteria and viruses, so what should managers know about them? Retrieved November 8, 2018.

Hamilton, E. at the University of Wisconsin-Madison (2018, June 7). Searching the sea, and bacterial battles, for new antibiotics. Retrieved November 8, 2018.