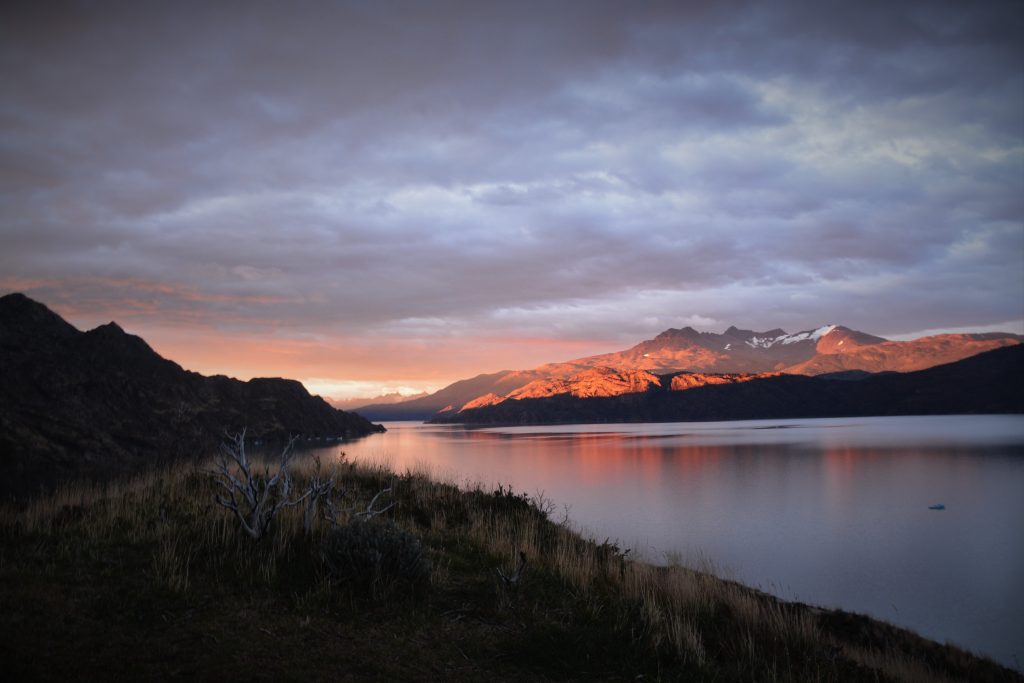 Imagine a land, at the tip of a continent, where the rugged coastline cuts into the ocean like a curved dagger, and the whales sing a different tongue. A land whose ferocious natives resisted several European invasions, but for a brief period accepted a French lawyer and adventurer as their king. This land of myth and adventure, where Sir Francis Drake reported seeing giants, caught the attention of even the worldliest travelers of old. Darwin, upon landing there in December of 1833, wrote “The first landing in any new country is very interesting, and especially when, as in this case, the whole aspect bears the stamp of a marked and individual character.”

The southern stretch of South America—known now because of its namesake outdoor brand—Patagonia, is still wild, but under threat. Marine Conservation Institute Board Member and National Geographic Explorer Dr. Sylvia Earle, marine biologists including Rodrigo Hucke and Callum Roberts, and Principal Officer of International Programs for PEW Bertarelli Ocean Legacy Maximiliano Bello recently spoke at Chile’s Future Congress about the importance of conserving natural resources in this picturesque corner of our planet. The national forum, which showcases ideas, people, and encounters that have the power to change the world, included talks by the ocean conservation luminaries in Valdivia, in the Chilean Patagonia.

Both Dr. Earle and Mr. Bello have deep local ties. Dr. Earle first came to the region on a marine biology expedition in 1965, when, she noted “the ocean was more pristine, there were more fish.” Mr. Bello launched the first efforts for establishing marine protected areas (MPAs) along the southern Chilean coast from Valdivia, after establishing the Center for Blue Whales to study local whales’ activities. Chile played host to my earliest memories of the sea, too.

I moved to Santiago when I was four years old, and every trip to the coast was a welcome respite from the city’s smog. There was something else, though, something about the deep blues marbled with whitecaps that drew me in. The surface looked like lapis lazuli and its depths seemed as obscure as the inside of a rock. I remember seeing penguins in Cachagua, a beach enclave south of Santiago, and wondering what they did in the sea. It was a dark mystery, inaccessible and unknown.

The singular character of Chile’s seas was unknown to me then, but Earle’s remarks at the Future Congress reminded me of their hidden worth. “Since the creation of Exclusive Economic Zones, there are more mountains under the sea than above the waves in Chile,” Earle noted during her address at Valdivia on January 15. Chile’s ocean also contains trenches deeper than its tallest mountains—no small feat as Chile’s territory contains Mount Aconcagua, the tallest peak outside of Asia. Chile’s mountains and sea are connected through rivers, fjords, and lakes. “Chile is one of the best examples of a fully interconnected ecosystem,” Bello added when he spoke, “southern Chile is a mega-estuary. The inside of the fjords is like a connected lake…We need to protect what we have.” 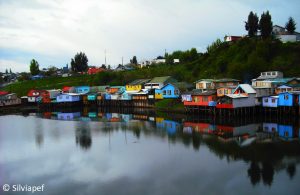 Chiloé Island, to the south of Valdivia, boasts a coast lined by colorful houses on stilts. These structures, held by thin beams, look precarious and fragile—matchstick houses at a distance. The region’s fragility was a theme of the Future Congress. It became clear that the Chilean Patagonia’s ecological health is as fragile as those houses—palafitos, as they’re known locally—look. The wildlife is as beautiful. On a night hike in Southern Chile, Bello and Earle saw a puma “with emerald eyes,” a reminder that the region is still wild. “There are few places where we can come face to face with wildlife,” Bello later noted in his address.

Though rare, wildlife encounters in the region still yield new discoveries. Marine biologist Susannah Buchan, whom Bello invited to work in the Center for Blue Whales ten years ago, discovered that the whales’ songs in Patagonian waters are unique. The whales, which sing in what Buchan has termed the ‘Chilean song’, are the tenth distinct population of blue whale that has been discovered. Her research indicates that these whales use Chilean waters not only for feeding, but also for the beginning of mating rituals. 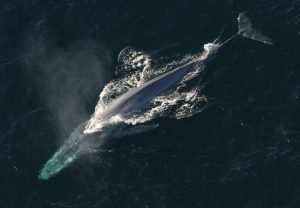 A blue whale surfaces to breathe.

This new population of blue whales—the largest animal ever to roam the earth—can be an emblem of hope for the region. “There are more whales today,” Earle noted, than when she first visited the region in 1965 “because we changed our behavior.” If we recognize that healthy underwater ecosystems hold as much or more value than resources exploited for economic gain, like lapis lazuli from Chile’s mountain mines, there is hope for the ocean’s future.

“With our knowledge, we can understand that everything is connected.” Earle said at Valdivia. The ocean produces most of the world’s oxygen and absorbs much of the CO2 we emit but just as the palafitos rest on precarious looking stilts, marine ecosystems rest on a delicate balance. Chile, however, is making progress to protect these vital living wonders. 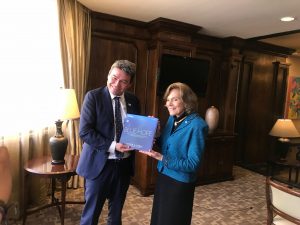 With strong ocean protection announcements from nations like Chile and adherence to science-based standards like GLORES’ for biodiversity conservation, we can change course. Bello now travels the world to meet with leaders—Presidents, Ministers, Senators—and his meetings have kindled hope. “I get to meet with leaders from around the world…and I want to tell you, there is a bright beacon of hope. The leaders of our planet understand it is necessary and important to protect the sea. I think today, we can make a change.” 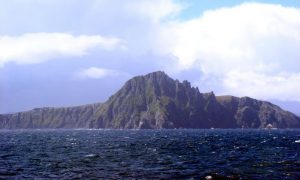 Patagonia’s rich waters need this change. A Global Ocean Refuge in the region would reinforce the area’s ecological foundations like reinforcements to a palafito’s stilts, and bring recognition to the dark mysteries below its turquoise seas. Chilean lapis lazuli, still world famous, could soon see its value eclipsed by another deep blue asset: Chile’s pristine, protected seas.