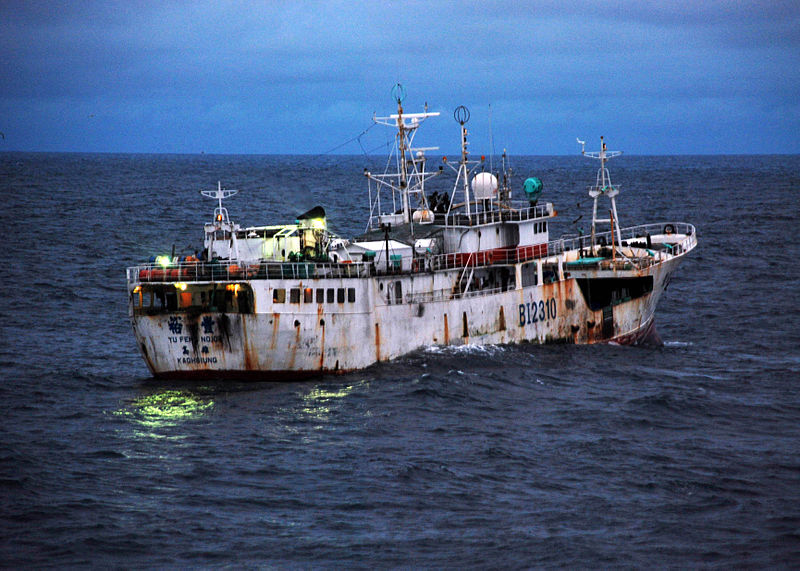 June is a month of important turning points: the solstice on June 21st when summer officially begins; World Oceans Day on June 8th, which heralds a changing relationship between humans and the ocean that supports all of us, and June 4-5th when the course of WWII in the Pacific changed in a climactic battle between US and Japanese naval forces near Midway Island in the central Pacific in 1942. This coming June 5th will also be a memorable turning point in June.

Just as June 5, 1942 was a turning point in WWII, June 5, 2016 will mark the beginning of the battle against illegal, unreported and unregulated fishing (IUU fishing) around the world as 29 countries and the European Union* begin enforcement of the first international agreement –the Port State Measures Agreement (PSMA) – designed to keep illegally caught seafood out of harbors and commerce. The US gave the agreement the final momentum needed to push it to 25 signatories when Congress passed crucial implementing legislation in the fall of 2015 and President Obama ratified the agreement in February. Countries signed onto the agreement represent nearly two-thirds of worldwide seafood imports and almost half of exports, a very good start at fixing this problem.¹

“This is the dawn of a new era in the effort to combat illegal fishing. By denying unscrupulous fishers safe haven and access to markets, the PSMA will drive the seafood industry toward greater sustainability and have significant ripple effects throughout the entire fisheries supply chain,” said Food & Agriculture Organization, Director-General Jose Graziano da Silva.

The US imports an estimated $2 billion a year in illegal, unreported, and unregulated seafood, about 20% of the total wild seafood imported.² These imports perpetuate over-fishing and destructive practices around the world, and damage the livelihoods of law abiding US fishermen. IUU imports undercut prices for US caught seafood and unfairly compete with seafood caught by US fishermen who have to live by the stringent requirements of the Magnuson-Stevens Fishery Conservation Act.

How will the treaty work?

The treaty mandates that specific ports be designated for use by foreign vessels bringing in seafood. The ships must request permission to enter ports prior to arrival; provide local port authorities with information, including about the fish aboard; and permit inspection of log books, licenses, cargo and fishing gear. The PSMA relates to any and all uses of a port; even vessels that are simply refueling must obey inspection requirements.

Significantly, the agreement mandates that countries deny entry or inspect vessels known to have been involved in IUU fishing and to share information on any vessels discovered to be involved in illegal fishing.

Preventing dishonest fishers from landing their illegal hauls will make it much more difficult for such fish to be sold in national and international markets. Port state measures are considered to be highly effective deterrents to IUU fishing activities as well as cost effective tools relative to most monitoring, control and surveillance operations at sea.

What Did Marine Conservation Institute Do?

The team at Marine Conservation Institute worked with a bipartisan set of Senators and Representatives, including Senators Murkowski, Sullivan, Whitehouse, Cantwell, Schatz and Nelson and Representatives Young, Bordallo, Capps, and Farr for many years to pass IUU legislation through the House and Senate, which was required before the US could sign off on the agreement. We are thrilled that the world’s first binding international accord combating IUU fishing will become law during World Oceans Month!