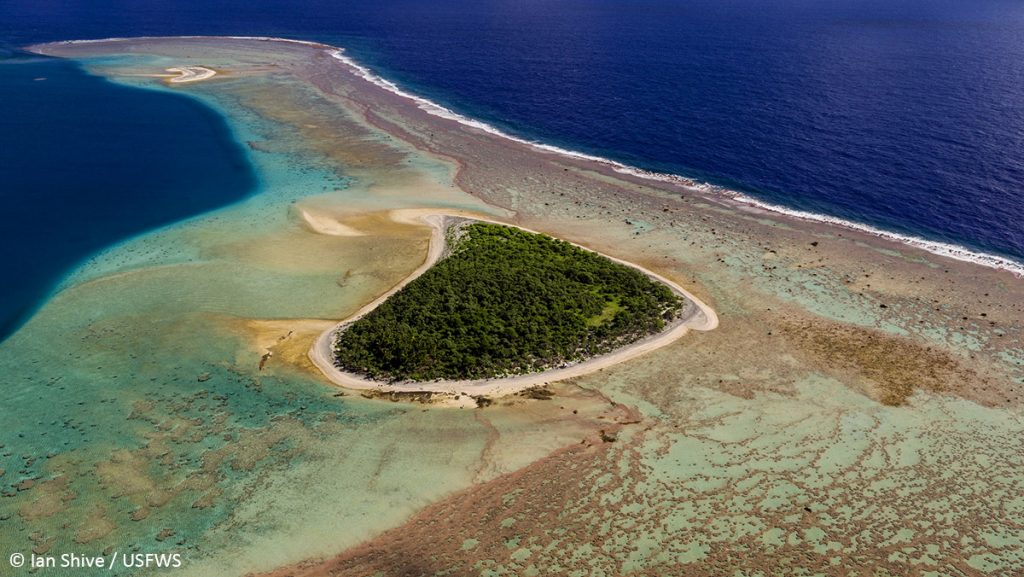 Rose Atoll is a pink jewel on the South Pacific blue horizon. Though its emergent reefs and islands cover just around 20 acres, it carries meaning well beyond what we see: as the southernmost point in the U.S. through American Samoa, as the centerpiece of a federally-protected Marine National Monument and National Wildlife Refuge, and as a pristine haven for ocean wildlife. 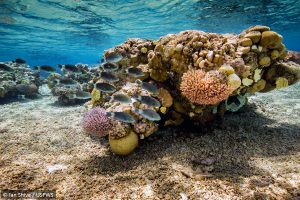 Rose Atoll National Wildlife Refuge was designated in 1973 to protect the area’s biodiversity, and expanded in 2009 as a marine national monument to safeguard over 8 million acres of healthy ocean habitat. Samoans call Rose Atoll “Nu’u O Manu”, or ‘Village of seabirds’, for its abundant flocks; about 97% of American Samoa’s seabirds depend on it. All told, Rose Atoll Marine National Monument supports nesting sea turtles, hundreds of fish and coral species, and 12 species of protected seabirds. To help celebrate this unique wonder, we reached out to scientists to learn about Rose Atoll and why protecting it is so important. 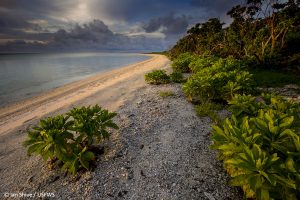 “Rose Atoll Marine National Monument is America’s southernmost coral reef system. This near pristine reef is an isolated natural laboratory, preserved from tuna fishing and other extractive uses, like giant clamming. Its tiny land base has been cleared of invasive rats and is home to myriad seabirds.” 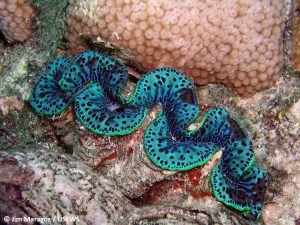 “Rose Atoll and its surrounding deep ocean habitats have much to teach us about the complicated interplay of biology, geology, and chemistry. This exquisite pink atoll was created by vulcanism, and beautiful forms of marine algae that can make calcium carbonate reefs that enable them to grow to stay within the range of sunlight as the bottom subsides. This site continues to inform scientists about the delicate biogeochemical balance of sites where organisms have evolved to survive in oceanic environments.”

– Dr. Beth Flint, Wildlife Biologist at the US Fish and Wildlife Service

“Rose Atoll is a beautiful gem in the South Pacific, protected from human threats, where mauve and fuchsia terraces of crustose coralline algae support rich reef assemblages below and seabirds above.” 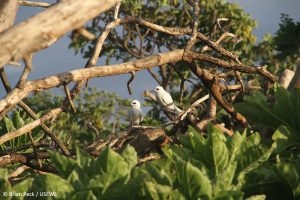 “Due to advances in technology and the expanded range of fishing fleets, there are no longer any remaining de facto refuges immune from resource exploitation. Due to their relative remoteness, Rose Atoll and the Pacific Remote Islands are among the few remaining places on earth that we can choose to set aside for future generations as a valuable repository for seabirds, turtles, corals reefs and pelagic fish biodiversity.” 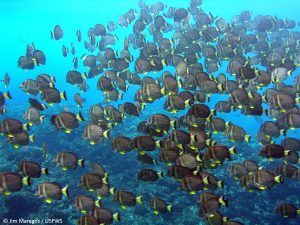 “Rose Atoll and all the Pacific Remote Islands Marine National Monuments are the last untouched coral reefs and associated ecosystems in the world, providing not only a means studying the effects of climate change separate from the effects of overfishing and pollution, but also a priceless legacy for future generations.”

– Dr. Mark Hixon, Professor of Marine Biology at the University of Hawai‘i and former Chair of the MPA Federal Advisory Committee 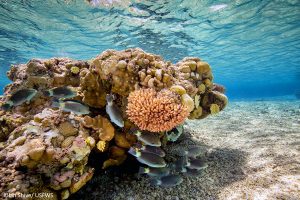 It is critically important that we protect healthy marine ecosystems like those at Rose Atoll. Unfortunately, Secretary of the Interior Ryan Zinke has recommended that President Trump shrink Rose Atoll Marine National Monument to allow for industrial fishing. We’re working with other environmental groups to raise awareness about this threat and defend our priceless public lands and waters. Explore Monuments For All to learn more about this campaign, and dive into Rose Atoll using Google Streetview to see why protecting it is so important. Let’s team up to save our ocean’s wildest places!