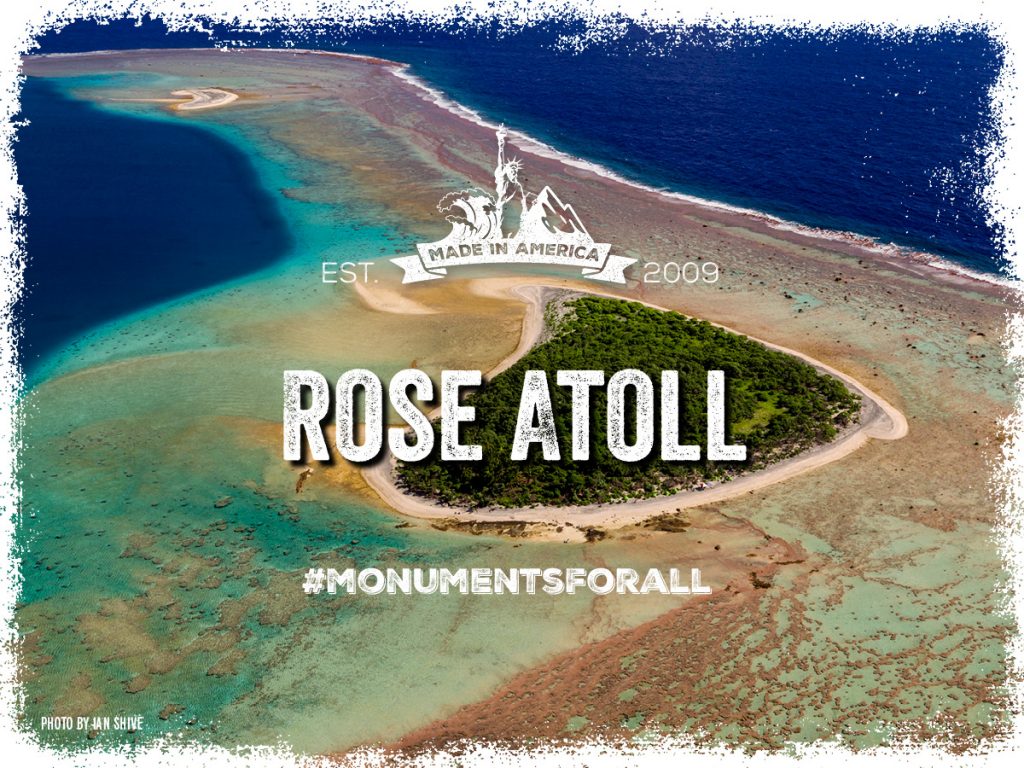 Marine Conservation Institute, an organization primarily staffed by marine scientists and a leader in securing strong protection for the oceans’ most important places, analyzed a representative sample (N= 1,000) of the comments submitted at regulations.gov as of Monday, August 14 at 12:00 PM noon.** Of those comments, over 99% expressed support for marine monument and marine sanctuary designations; only one comment out of 1,000 sampled was neutral or opposed to designations.

Dr. Lance Morgan, president of Marine Conservation Institute, said, “One reason given for the federal government’s review of marine monuments and sanctuaries was to ensure that the public, the citizens who ‘own’ our oceans, really support the existence and conservation protections given to these special places. Our analysis of a statistically valid random sample of the comments filed shows near unanimous–over 99%–support for monuments and sanctuaries, putting to rest questions about public support once and for all.”

“Americans from all 50 states and all walks of life are standing up for their marine sanctuaries and monuments,” said Kris Sarri, president and CEO of the National Marine Sanctuary Foundation. “I am hopeful the Trump Administration will take notice of this fact and continue protecting these special places for future generations.”

Dr. Morgan continued, “The marine monuments and sanctuaries under review by the Department of Commerce constitute some of the most diverse, unique and abundant sites for marine life in U.S. waters. The review threatens to open up these extraordinary places with more commercial fishing, oil drilling, mineral mining and other extractive activities that would badly impact the economic value and jobs that nearby coastal communities get from these places today. That would be a poor trade.”

David Helvarg, Executive Director of Blue Frontier, said, “The analysis by Marine Conservation Institute confirms that the overwhelming majority of citizens, in their comments and their actions, continue to support our marine monuments and sanctuaries just as they support our national parks and public forests on land. From sea to shining sea the American people are standing strong for the protection and preservation of the blue in our red, white and blue.”

* The difference between our count of over 360,000 comments for the Department of Commerce period and the 86,000 total or 53,000 redacted (see explanation of this below) comments listed on regulations.gov is that some action alerts signed by hundreds or thousands of citizens are posted as a bundle of comments on the website and are counted as one comment. Our count includes each individual who responded to an email alert and signed a petition thus ensuring that every person who signed a petition or letter has their voice counted.

* *Methodology and Notes: Regulations.gov shows more than 86,000 comments in total as of 12:00 pm Monday, August 14, 2017. Of these, 52,765 were comments that the Department of Commerce included in its Public Comment file. As stated on the website to explain this difference, comments with private, proprietary, duplicative, or inappropriate language are redacted by the agency before they appear on regulations.gov. Marine Conservation Institute downloaded the full text of all available comments and selected 1,000 at random that were analyzed for support of or opposition to the monument and sanctuary designations. Each comment was characterized as: supportive, neutral, or opposed to designations by reading the text of the comment. The analysis has a margin of error of ±3.1% using a generous assumption that the other 52,000 comments not selected for the sample are 50-50 support vs. against monuments and sanctuaries. In reality, the margin of error is probably much, much smaller.

Marine Conservation Institute is dedicated to saving ocean life for us and future generations. The organization’s goal is to help create an urgently-needed worldwide system of strongly protected areas—the Global Ocean Refuge System (GLORES)—as a strategic, cost-effective way to ensure the future diversity and abundance of marine life. To enhance marine protection efforts in the U.S. and around the globe, Marine Conservation Institute also built the world’s most comprehensive online marine protected area database, MPAtlas.org.