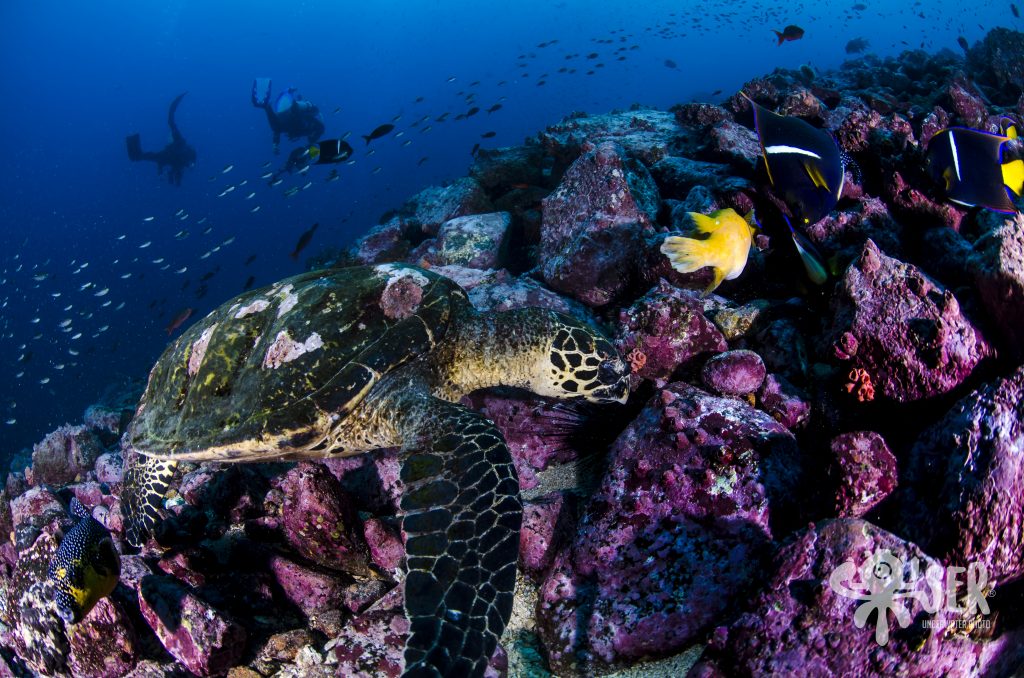 Today, let’s celebrate the progress that has been made to protect our oceans. The world has come a long way and, though more work is needed to reach conservation targets and ensure long-term ocean health, momentum is on our side. With groups like Sin Azul No Hay Verde and heads of state at major conferences advancing new protections, there’s never been so much energy surrounding ocean issues. We’re thrilled that our major initiatives, the Marine Protection Atlas and the Global Ocean Refuge System, are part of this movement towards a blue future. 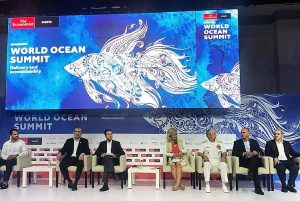 National leaders and dignitaries at the World Ocean Summit in Mexico.

Right now 3.7% of our ocean is protected, an enormous increase from the less than 0.1% that was protected at the turn of 21st century. Now, many countries have protected their own ocean areas and are even engaging talks for a UN treaty to protect the high seas, long considered the wild west of our oceans. This new ocean mindedness has led to the development of the best marine protected areas (MPAs) of our time, such as GLORES award-winners Papahānaumokuākea Marine National Monument, Malpelo Fauna and Flora Sanctuary, and Tubbataha Reefs Natural Park. Each of these Platinum Global Ocean Refuges offers unique hope for regeneration in their seascape and beyond. As we review our 2018 Global Ocean Refuge nominees, we’re seeing even more MPAs setting strong examples, from the nearshore to the open ocean.

Our team and the esteemed GLORES Science Council are thrilled to dive into this year’s MPA nominations. The next round of Global Ocean Refuge award-winners, to be announced this fall, will offer more exemplars of effective ocean protection and help accelerate other MPAs to science-based success. As this initiative guides blue parks to more effective design and management principles, the Marine Protection Atlas (MPAtlas) will continue to track international progress towards ocean protection goals. At last year’s Our Ocean conference, renowned marine scientists lauded MPAtlas as, “The most accurate and widely accepted tally of all MPAs.” It will keep up this work moving forward, which is critical as new protections are announced and implemented.

A simplified version of the MPAtlas global MPA map.

In addition to this great progress on MPAs, we are also seeing an increased focus on habitat protections. The Pacific Fishery Management Council banned bottom-trawling around California’s Channel Islands in waters with rich deep-sea coral reefs and sponge beds. Their move creates one of the West Coast’s largest fish habitat conservation areas, and we can’t wait to see it for ourselves: soon, we will join Marine Applied Research and Exploration (MARE) on an expedition to the Northern Channel Islands seafloor. There, we’ll use an ROV to survey never before seen areas over 2,000 ft. deep and gather data to help conserve these deep-sea habitats. As a member of the Deep Sea Conservation Coalition and California Seamounts Coalition, protecting the deep sea is one of our top priorities. From the high seas to the deep seas, we fight to protect our ocean on every front.

Safeguarding marine ecosystems from human impacts in strong MPAs is a proven, effective way to ensure our beautiful blue planet survives and thrives. In the span of less than 20 years, we have gone from near zero ocean protections to just under 4% with another 3.8% of the ocean proposed for protection or soon to be protected (see progress chart from MPAtlas below). That is nearly 12,000,000 sq. miles in total, roughly 4x the size of the continental U.S. As our Board Member and distinguished marine biologist Dr. Sylvia Earle has said, “Our actions over the next 10 years will determine the state of the ocean for the next 10,000 years.” Here’s hoping that ten years from now, we’ll be cheering strong ocean protections that save marine biodiversity for generations to come. 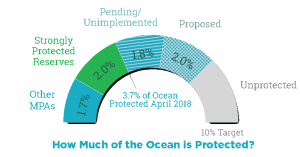