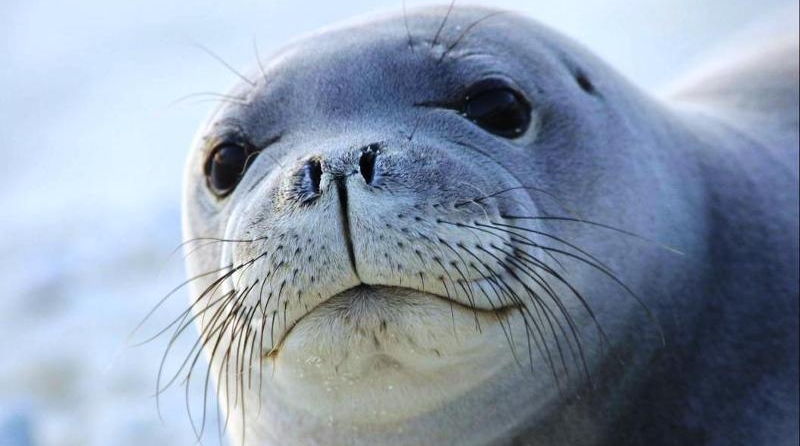 In 2006 Marine Conservation Institute was instrumental in advocating for President Bush’s designation of the Papahānaumokuākea Marine National Monument (in the Northwestern Hawaiian Islands).  As the iconic marine mammal of Papahānaumokuākea, the plight of the Hawaiian monk seal attracted our attention.  The species was then, and continues to be, critically endangered, numbering only about 900 to 1100 individuals in the Northwestern Hawaiian and main Hawaiian islands combined.  As we investigated its importance, we came to believe that the monk seal’s recovery should be a top priority of the National Oceanic and Atmospheric Administration’s (NOAA) program protecting endangered species—in part because the US is the only place in the world where Hawaiian monk seals live, and possibly the only one of the three monks seal species with a viable chance of survival (Caribbean monks seals are extinct, and the Mediterranean monk seals number less than 600 individuals).  Unfortunately, in the last three years NOAA has not seemed to share the same sense of urgency because it has sent smaller and smaller budget requests for monk seal recovery to Congress.

The Hawaiian monk seal population has experienced a 60% decline over the last 50 years and now stands at approximately 1,000 individuals.  Various factors have contributed to the seal’s decline including: human hunting of the species to near extinction in the mid-1800’s, marine debris that entangles the animals, fishing gear that hooks or entangles them, loss of habitat for pupping and resting, and competition for food in the Northwestern Hawaiian Islands.

Fortunately, there is reasonable hope for the monk seal if a small subpopulation in the main Hawaiian Islands can continue to grow beyond its current level of 130-200 individuals. However, this population growth has generated increased conflicts with citizens and recreational fishermen who unintentionally hook or entangle the monk seals.  In 2012 alone there were 15 confirmed hooking incidents, and three seals died as a result. Hostility toward the seal had become toxic in some communities, prompting at least four intentional seal killings on Kaua’i and Moloka’i over the course of a little more than a year (2011-2012).

In Fiscal Year 2014, the current year, NOAA requested $2.6 million for monk seal recovery, down from $5-6 million just a few years ago—a decline of more than 50%.  Marine Conservation Institute knew this was totally inadequate and worked to restore funding back up to a $5 million base. With a $5 million base, NOAA staff in the Pacific Region would be able to undertake the full set of activities necessary to protect the species from current threats and enable their population to grow.  It has been conservatively estimated that 30% of the monk seals alive today are due to direct actions by NOAA and its partners[1].

To persuade NOAA to increase the spending on the plight of the monk seal, we engaged the help of the Hawaii Congressional delegation, especially Senator Brian Schatz, and many grassroots citizens who sent thousands of emails to NOAA asking for funding to be increased.  We held meetings with NOAA and gathered coalition partners to help our efforts—and the effort paid off.

We just received news on May 7th from Eileen Sobeck, the Assistant Administrator at NOAA responsible for the monk seal and all other protected species, that funding has been restored to $4 million for Fiscal Year 2014.  At this level, NOAA can conduct a full set of conservation activities which will support stable populations in the northwestern Hawaiian Islands and a growing population in the main islands.

To those who signed our petition on Change.org asking for more funding, Marine Conservation Institute wants to pass on our sincere appreciation.  And since the seals can’t say “Thank You,” I thought I would thank you on their behalf.