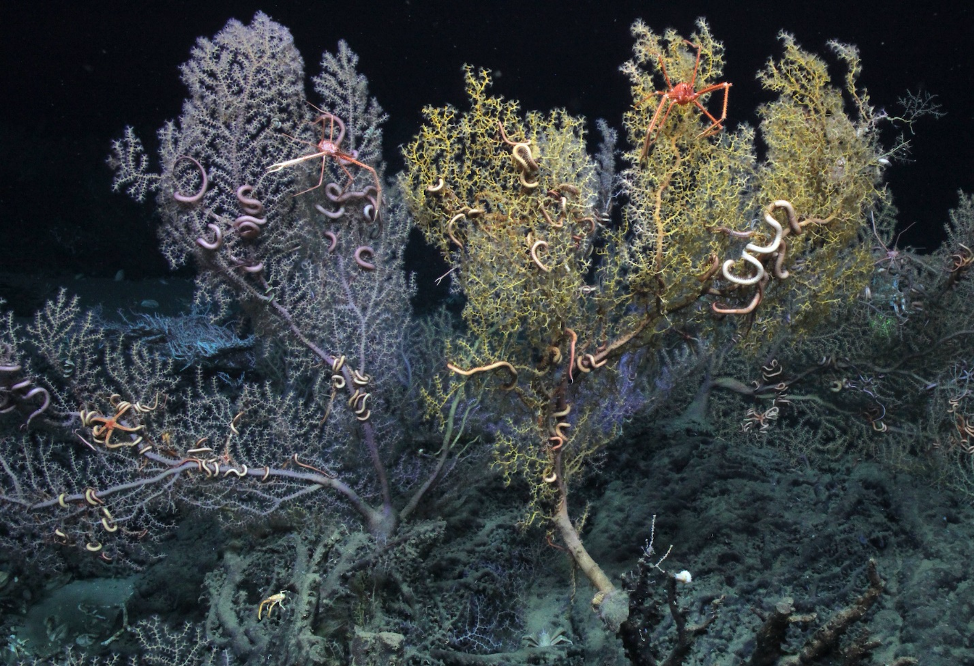 Featured Picture: A host of squat lobsters and brittle stars adorn a large pair of Paramuricea corals at a depth of 3,200 feet in the Gulf of Mexico. Photo courtesy of Ocean Exploration Trust and ECOGIG.

Given the depth of the spill, it should not be surprising that some of the most serious ecological damage stemming from the spill occurred in deep-sea habitats. Beautiful, expansive deep-water coral communities as far away as 14 miles from the wellhead were found to have been damaged by the oil as well as the chemical dispersants used during the resulting cleanup. Corals in the genus Paramuricea, among the more commonly found corals in the region, were found to be severely affected following the spill. Colonies in the region surrounding the wellhead exhibited typical signs of stress including excess mucus production, tissue loss, and death. Laboratory experiments later confirmed that oil and dispersants are toxic to Paramuricea colonies. How many Paramuricea colonies were affected by the spill? We will likely never truly know. Some corals have recovered since the spill, making it difficult to assess the full extent of the initial damage. A bigger obstacle, however, is simply the huge area that was covered in oil and dispersants – an area far too large to directly survey due to the prohibitive cost and difficulties associated with deep-sea research expeditions.

Thankfully, researchers can use models to fill in our knowledge gaps using the relatively small amount of information that is already known about these remote deep-water ecosystems. Along with coauthors from Temple University, the Bureau of Ocean Energy Management, and Penn State University, we recently authored a publication in the Journal of Biogeography detailing our effort to model the population distribution of Paramuricea in the area surrounding the Deepwater Horizon spill. By combining environmental data with locations that we already know Paramuricea is found, habitat suitability models can predict where additional colonies might be located in unexplored areas. 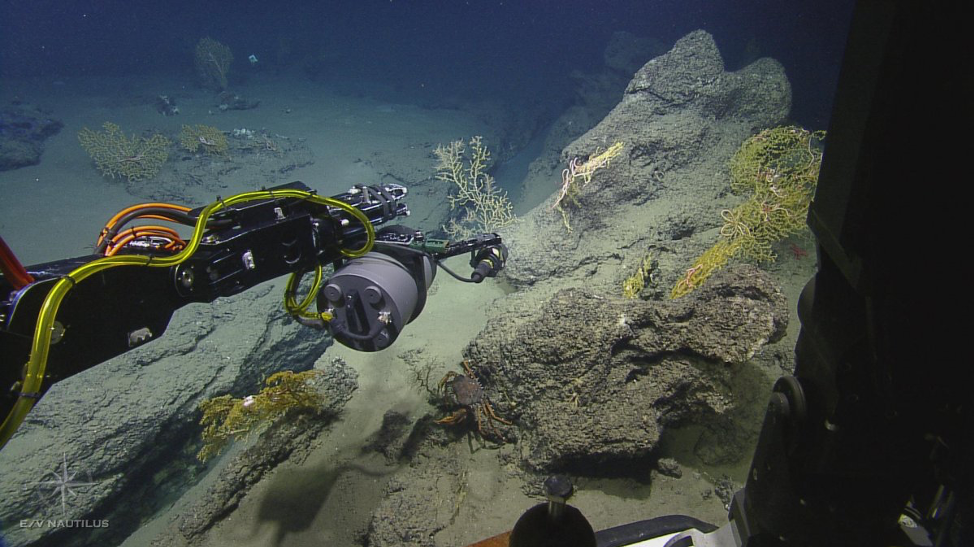 We first constructed a set of environmental data from the northern Gulf of Mexico, including a novel high resolution bathymetric map pieced together from three dimensional seismic surveys, temperature, salinity, food availability, shape of the seafloor, and substrate type. These factors were selected because previous modeling, field, and experimental work suggests that they are critical for the success of deep-sea corals. Most corals exhibit fairly narrow temperature and salinity requirements, and frequently grow in areas with high food availability since they do not contain the symbiotic algae that provide shallow-water corals with the bulk of their energy requirements. The shape of the seafloor may seem like an unusual factor for dictating coral growth. Corals typically prefer to grow on elevated features like mounds or boulders because these features experience faster currents, bringing more prey items past the corals while also transporting larvae and preventing sedimentation. Finally, almost all corals require a hard substrate to attach to, often making substrate type the most important factor in models. 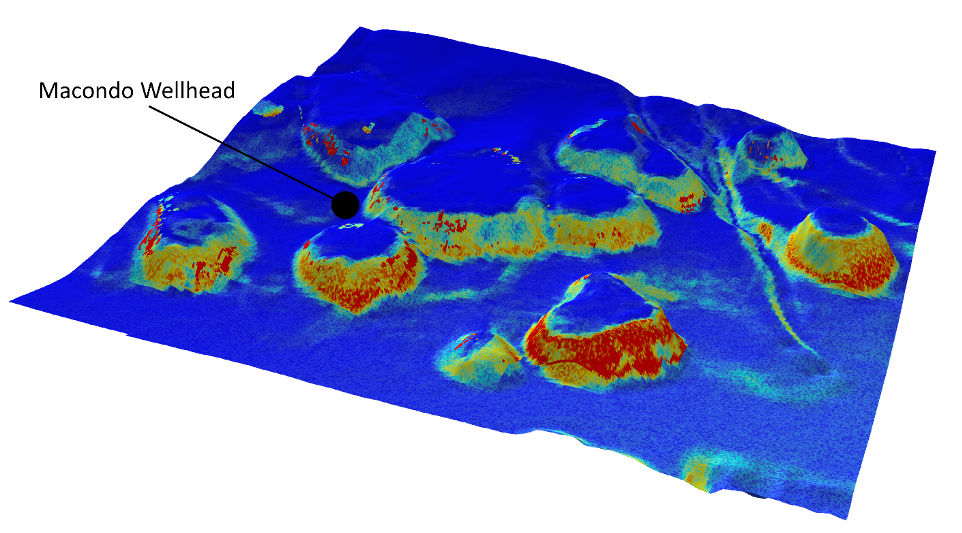 These environmental data were combined with the previously known distribution of Paramuricea to generate predictive maps of where we expect to find more Paramuricea colonies, even in areas that have never been explored. The results have significant implications for the magnitude of damage caused by the Deepwater Horizon oil spill. In the areas surrounding the wellhead where previous field expeditions found clear evidence of damage to corals, the model predicted that more than 4,000 Paramuricea colonies should exist, vastly outweighing the few sites that have currently been discovered. Coupled with the fact that Paramuricea corals are extremely slow growing and long lived (>600 years), these results indicate that the Gulf of Mexico population is unlikely to recover quickly from the massive damage incurred by the Deepwater Horizon oil spill.

Given the incredible fragility of these habitats and the low likelihood of recovery for deep-sea corals, these findings should be applied by conservationists and managers to design a strategic network of reserves, in which no exploitation is allowed. Such a strategy can be used to mitigate future catastrophes and help maintain the incredible diversity of the Gulf of Mexico.