Our Marine Protection Atlas (MPAtlas.org) team has released its annual review of US marine protection levels for 2017. They update the SeaStates US report annually to ensure it is the most rigorous, quantitative, and topical accounting of marine protected areas (MPAs) in the waters of US coastal states and territories. First published in 2013, the reports are a tool to measure and evaluate American progress towards effective marine protection.

At the end of 2016, the US reached a high-water mark, protecting 26% of its sovereign waters in MPAs. More importantly, 23% of that figure is within strongly protected areas closed to commercial extraction and with no, or strictly limited, local and recreational extraction. Protection in state and territorial waters remained the same from the preceding year (2016) at 1.3%, with Hawaii, American Samoa, California and the Virgin Islands leading in MPA coverage. Protections in federal waters accounted for the majority of US protection and also did not change in 2017, but we are likely to see a dramatic decline in 2018. 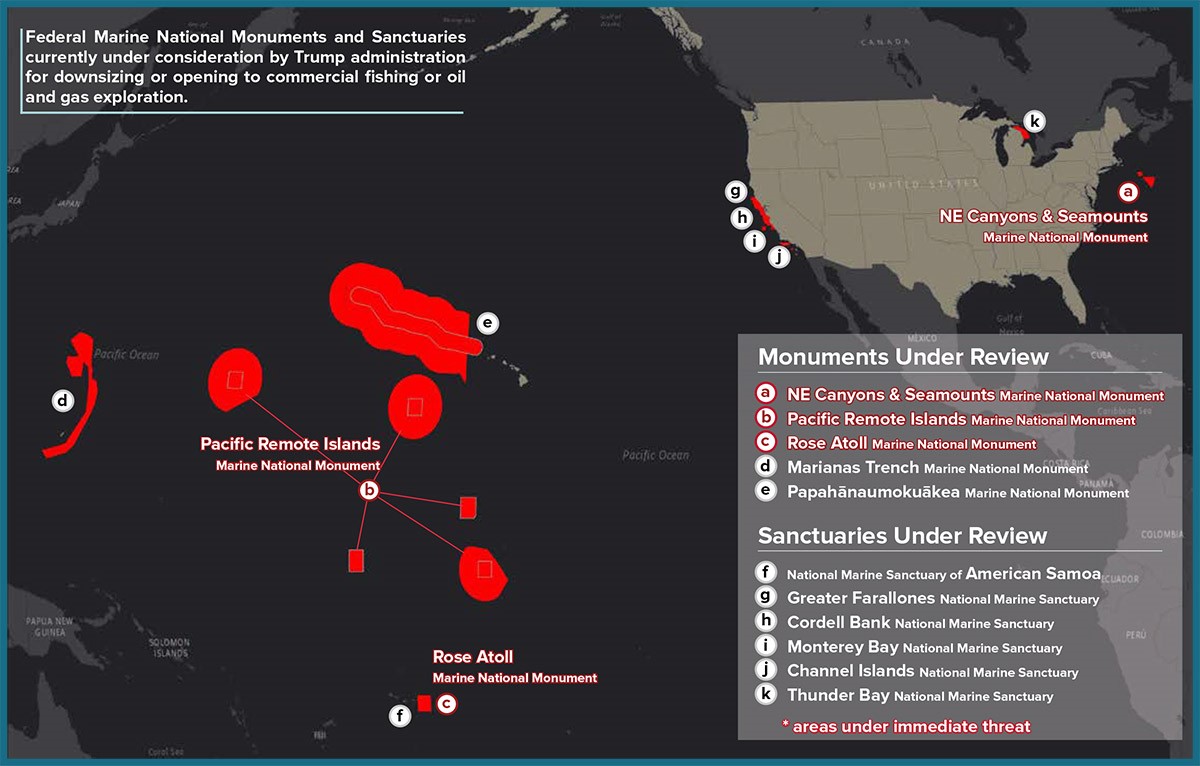 The US Marine National Monuments and Sanctuaries under review. Source: MPAtlas.org

During his term, President George W. Bush created Papahānaumokuākea and the Pacific Remote Island Marine National Monuments. These two monuments entered 5% of US waters into strongly protected marine reserves. President Barack Obama built on the impressive conservation legacy of President Bush by expanding these two marine monuments in the Pacific Ocean and designating an additional 18% of US waters as strongly protected from human activity. The strong protections and management of Papahānaumokuākea earned it a Platinum Global Ocean Refuge award in 2017. President Obama also designated the first strong protections along the US East Coast in the Northeast Canyons and Seamounts Marine National Monument. These two presidents’ visionary actions now accounts for nearly all of our current ocean protection in the United States. Sadly, the Trump administration may soon undermine much of this progress. 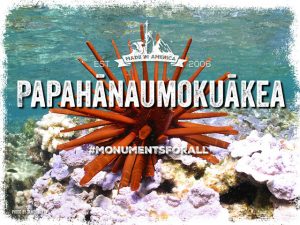 After two decades of bipartisan commitment and leading the world in the effort to protect our global ocean, the US appears poised to abdicate its leadership role. President Donald Trump has directed his administration to review the marine monuments and consider shrinking their size or re-opening them to commercial fishing. Rescinding these strong protections will leave us with less than 13% of our waters protected from destructive human activity and render the monuments essentially “paper parks”, lacking any meaningful contribution to global marine conservation goals. As an active member of the National Ocean Protection Coalition, our team will be fighting this attack on our marine national monuments tooth and nail. We are also collecting signatures for a petition to the President and would love your support! The ocean is too important for us to let President Trump wash away our progress on waves of dangerous, short-sighted policies.

For a full PDF of the SeaStates US 2017 report, please visit: http://ow.ly/AAcp30hQyYU 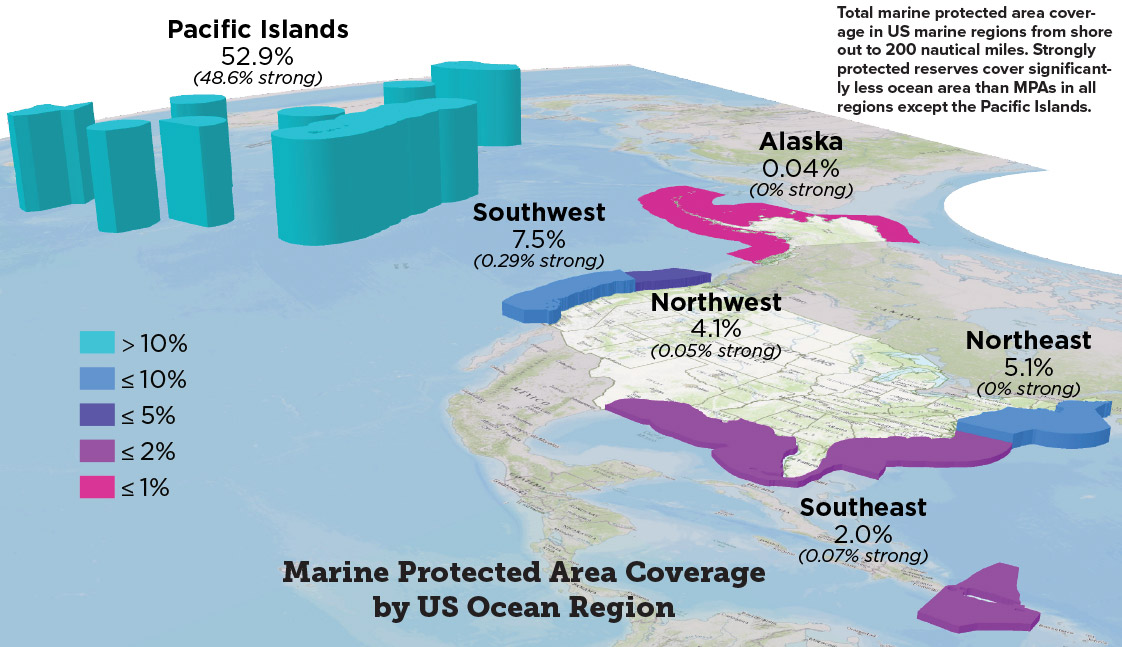 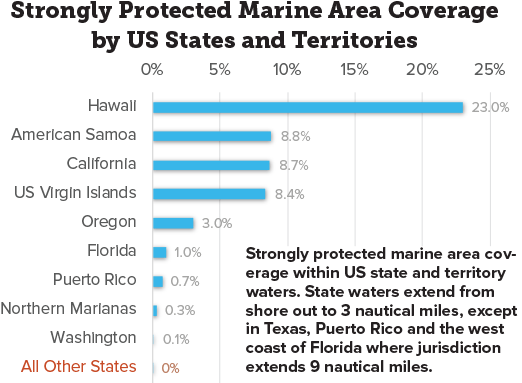