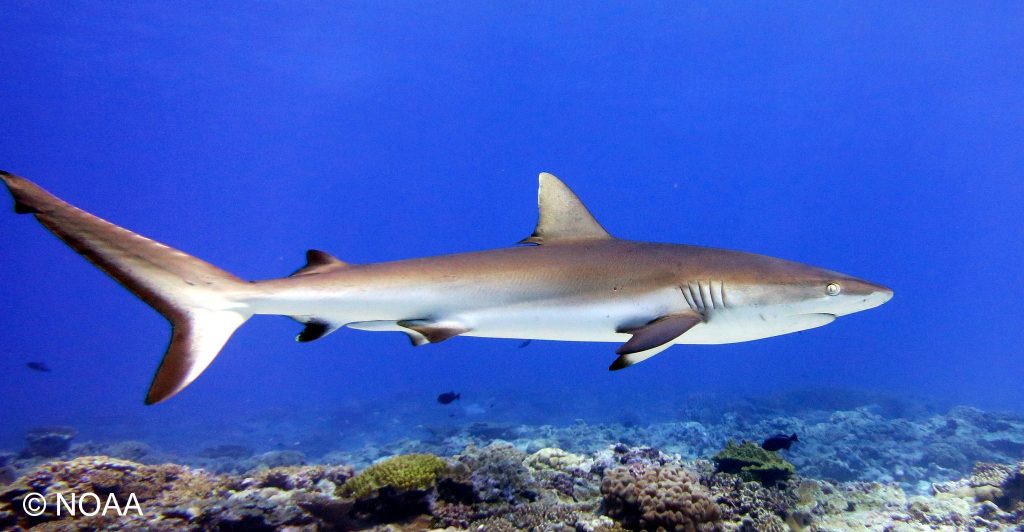 Well-regulated and well-managed marine protected areas (MPAs) established in biologically significant places benefit marine wildlife [1]. One lingering question, however, has been about the value of MPAs for conserving highly-mobile species, like sharks, that move easily across their boundaries. Robust shark populations are necessary to keep marine ecosystems healthy, and many shark populations are threatened by shark finning.

Although small coastal MPAs do not adequately protect shark populations, it appears that larger MPAs provide an effective conservation tool that supports shark populations. Scientists from California have found that the U.S. Palmyra Atoll National Wildlife Refuge effectively protects the Near Threatened grey reef shark [2]. U.S. Palmyra Atoll National Wildlife Refuge, part of the Pacific Remote Islands Marine National Monument, is a 54,000 km2 marine protected area about 1,600 km south of Hawaii (Marine Conservation Institute has worked to protect this near-pristine ocean wilderness for over a decade). The researchers used conventional tags, satellite tags and vessel tracking technology to assess where the sharks traveled and where fishing occurred. They found that most grey reef sharks remained within the boundaries of the MPA and that fishing occurred only outside of the MPA, making the MPA an effective sanctuary for these sharks. 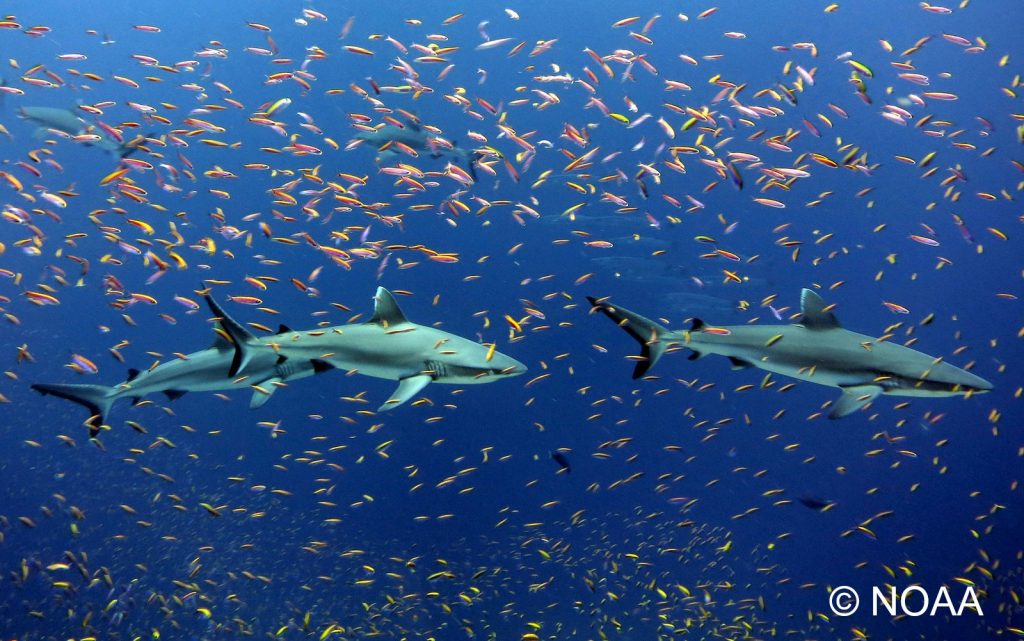 In addition to covering a large biologically significant area, two other key attributes of the U.S. Palmyra Atoll National Wildlife Refuge make it a valuable conservation tool for grey reef sharks: first, it has strict fishing regulations, and second, compliance with these regulations is high. Without these attributes, the MPA could not effectively protect the sharks.

There is a significant push internationally to implement more MPAs, driven in part by the Convention on Biological Diversity’s Aichi Target 11 and United Nations Sustainable Development Goal 14 commitments to protect 10% of nations’ marine waters by 2020. However, the global ocean remains minimally protected. Only about 3% of the global ocean is currently protected in MPAs [3], and while that proportion is expected to grow to about 6% in the coming year once announced MPAs are officially implemented, this will not be enough to safeguard marine biodiversity from the threats of overfishing, habitat destruction, pollution and climate change.

In order to protect marine wildlife, we need more strongly protected MPAs, like the U.S. Palmyra Atoll National Wildlife Refuge – MPAs that are strictly regulated, well-managed and situated in biologically important places [4]. To this end, Marine Conservation Institute is leading the Global Ocean Refuge System (GLORES). GLORES will award MPAs that meet science-based standards of effectiveness to incentivize governments to implement more MPAs with high conservation value. The inaugural GLORES awards will be announced later this year – stay tuned! To find out more about GLORES, please visit the website, sign up for the newsletter and consider joining the effort to save wild ocean places, for us and for future generations.