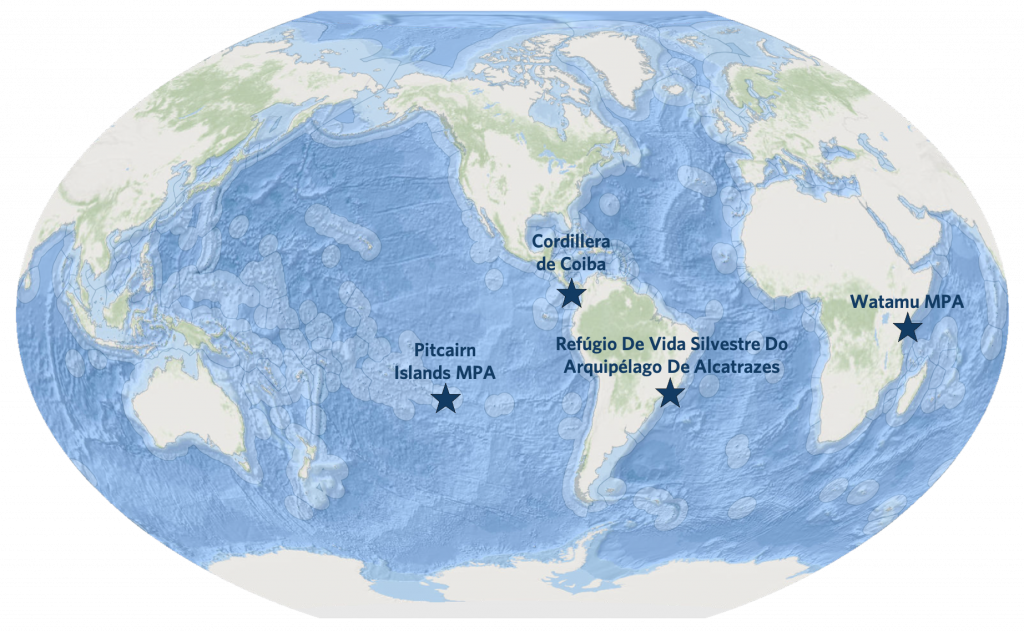 Blue Park Awards recognize outstanding marine protected areas (MPAs) that are safeguarding life in the sea. Nominees for the award go through a rigorous assessment using Blue Parks science-based criteria. They are the MPAs that are in the right places, with the right rules, and the right management to effectively protect marine wildlife. We are thrilled to announce the 2023 Blue Park Award nominees: 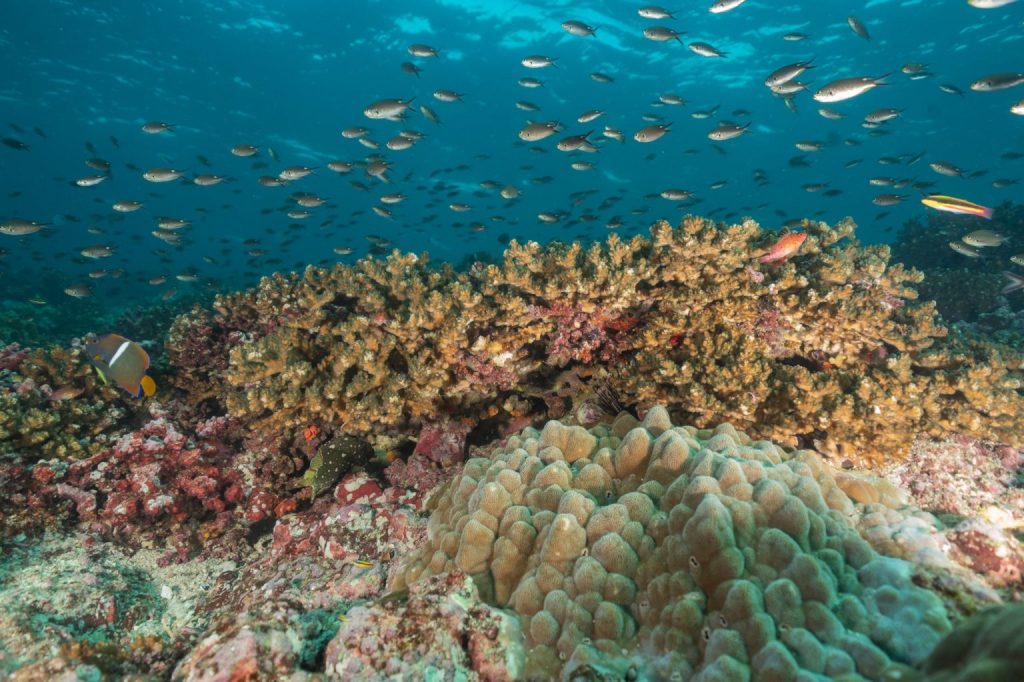 Cordillera de Coiba Managed Resources Area is a large MPA located within Panama's exclusive economic zone, encompassing over 67,900 square kilometers in the Eastern Tropical Pacific. It protects deep-water ecosystems such as seamounts, which attract a variety of highly migratory species and are associated with high levels of endemism. The implementation of Cordillera de Coiba Managed Resources Area allows Panama to reach its 30x30 goal ahead of schedule, and represents Panama's commitment to conserving crucial marine ecosystems.

The Alcatrazes Archipelago Wildlife Refuge and Tupinambás Ecological Station is the second largest fully marine protected area in Brazil, comprising an area of 389 square kilometers and is located 40 km off the coast of São Paulo, Brazil. The region is located in an area of sea current confluence, leading to rich biodiversity of warm- and cold-water species. The wildlife refuge is used as a breeding and nursery area for highly threatened species of high biological value, such as rays, sharks, and groupers. 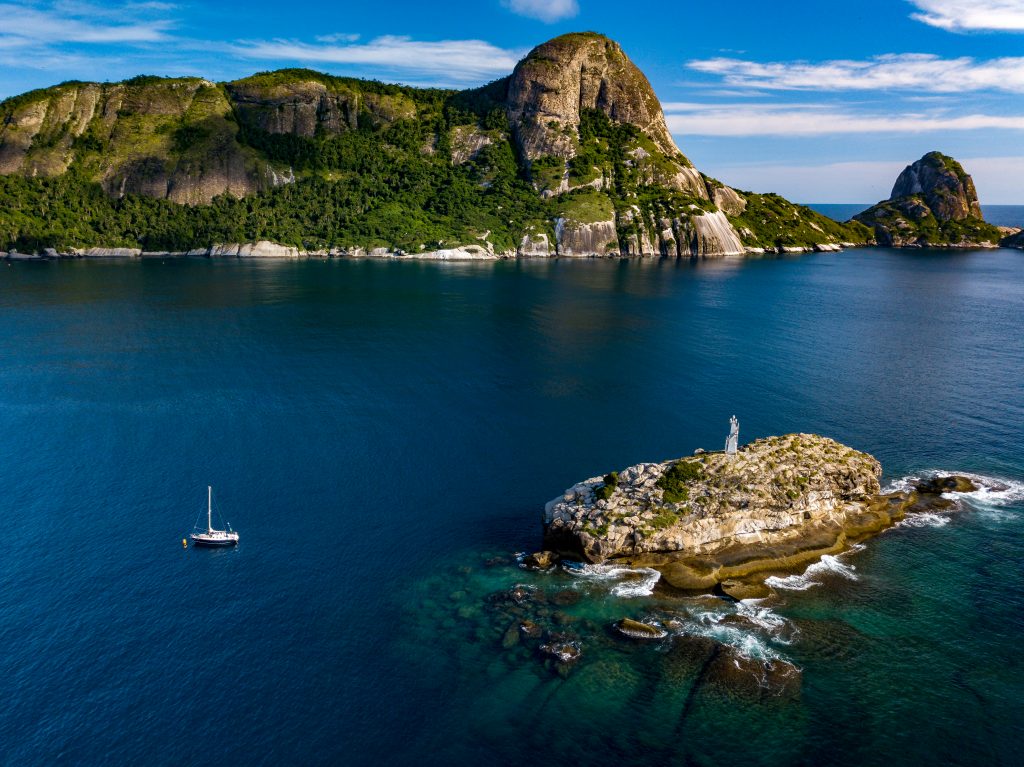 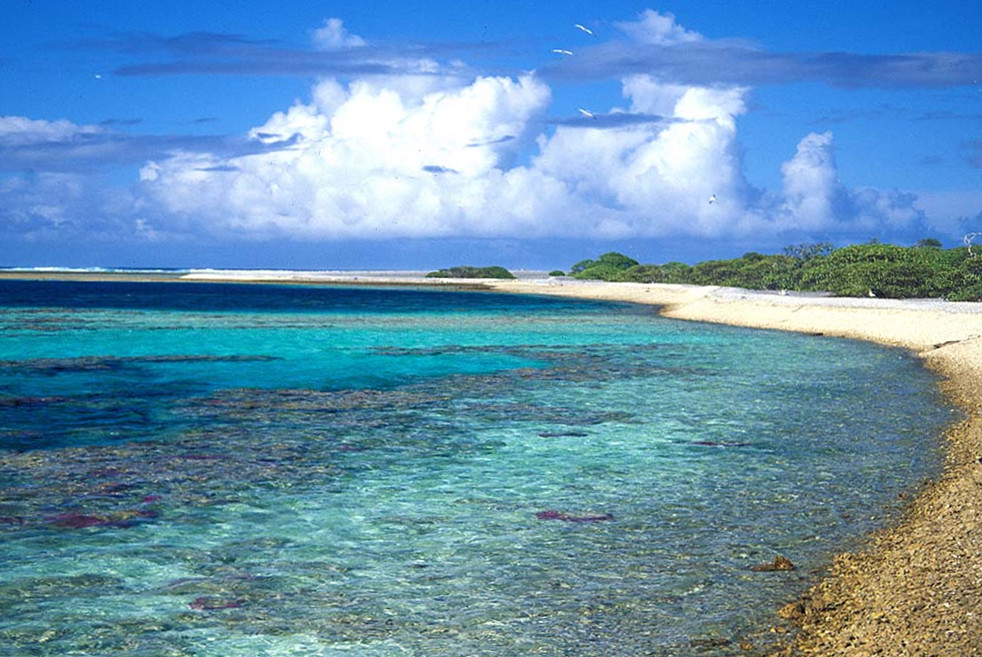 The Pitcarin Islands Marine Protected Area encompasses the entirety of the territorial seas and Exclusive Economic Zone of Pitcairn, Henderson, Ducie, and Oeno Islands - nearly 842,000 square kilometers. In its coastal waters, the MPA protects some of the world's last near-pristine coral reefs, while offshore, it encompasses two seamount chains with diverse fish communities and high coral cover for its depth and latitude. The isolation of the Pitcairn Islands has led to a great number of endemic species, and endangered sea turtles and birds migrate and nest within the MPA.

Watamu Marine Protected Area, located along the longest fringing reef on the east coast of Africa, is dominated by diverse seagrass habitats with patch reefs that are excellent habitat for colorful reef fish and relatively large populations of foraging and nesting sea turtles. The MPA also encompasses Mida Creek, a productive mangrove ecosystem containing seven of nine species found in East Africa that protect the coastline. Watamu's waters host an array of megafauna, including vulnerable and endangered species, such as humpback whales and sand tiger sharks.

All four of the 2023 Blue Park nominees have demonstrated evidence of meeting the Blue Park criteria, but we need your help to complete this stage of the evaluation. We have published our draft evaluation reports for each of the nominees on our website for you to review. You can provide invaluable feedback on these Blue Park nominees through the linked comment forms. Particularly if you have experience with any of these nominees, we would love your input! The public comment period will remain open until 4 December 2022 – please help us evaluate the nominees today! Additionally, we are always looking for new Blue Park nominations, so if you know an MPA that should receive a Blue Park Award, tell us about it!

When the 2023 Blue Park Awards are announced, the new Blue Parks will join an international network of outstanding marine protected areas, uniting these special places and the people who care about them. Blue Parks inspire ocean optimism and build conservation momentum as we work to secure 30% of the ocean for nature. You can learn more about the Blue Parks initiative and get to know the 24 awarded Blue Parks by visiting https://marine-conservation.org/blueparks/.