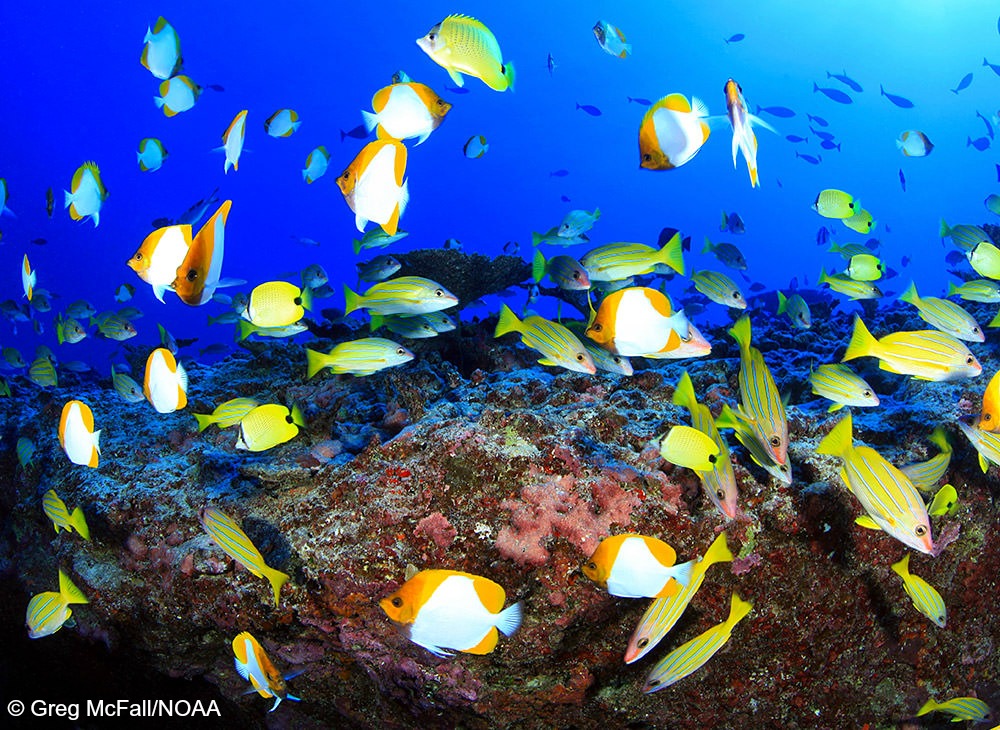 Currently, only 3.5 percent of the ocean is protected [1], and just 1.6 percent has strong protections. This is a far cry from the goal of 10 percent by 2020 under the Convention on Biological Diversity and Sustainable Development, and is even further from the 30 percent recommended by scientists [2].

A paper recently published in Proceedings of the National Academy of Sciences, co-authored by three members of the GLORES Science Council, has highlighted the value of marine protected areas (MPAs) in combating the effects of climate change, including acidification, sea-level rise, intensification of storms, shifts in species distribution and decreased productivity and oxygen availability [3]. 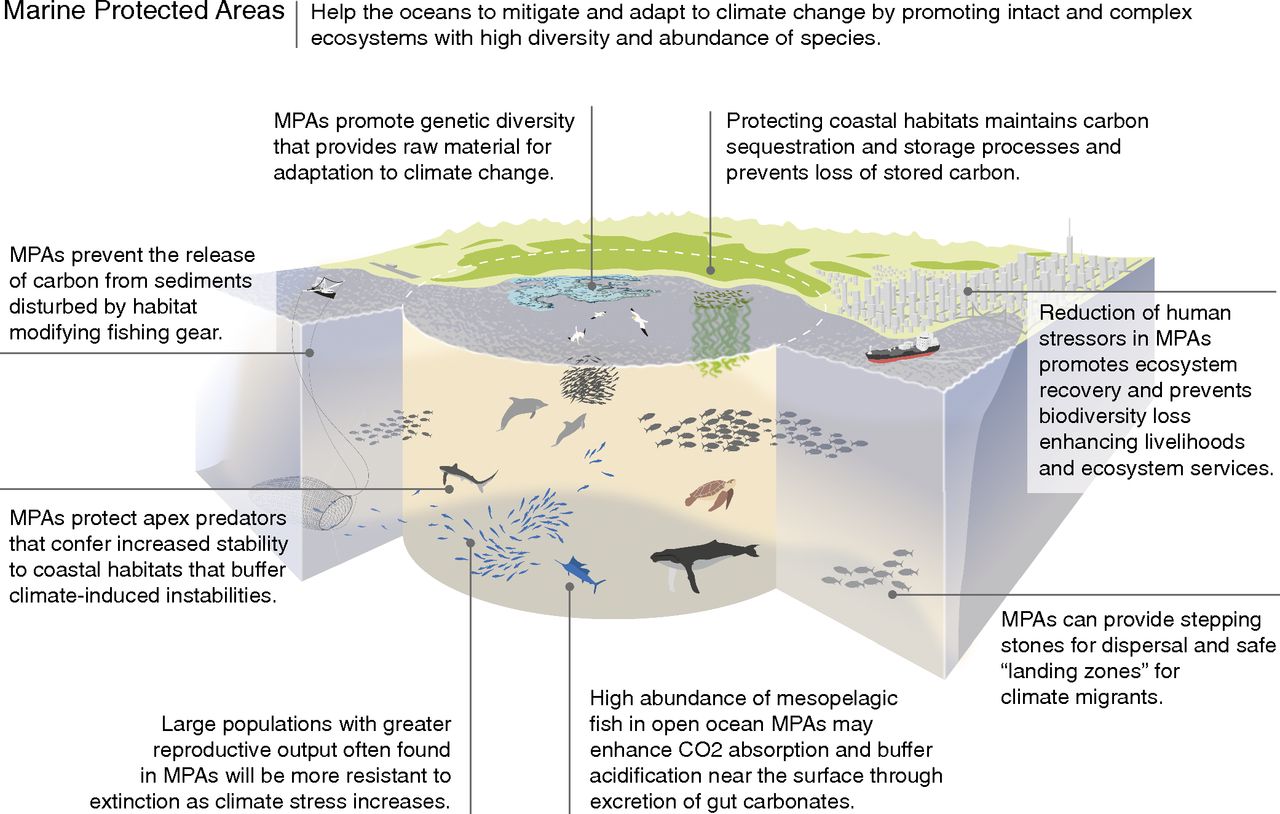 MPAs improve the connections between habitats and support larger populations, improving species’ resilience to stress and adaptability. Ocean warming is expected to decrease productivity in fisheries, but MPAs create a haven where fish populations can reproduce and replenish, and spillover rebuilds fish biomass and diversity and fishery opportunities.

In addition to improving adaptation capacity, MPAs can help mitigate climate change by protecting carbon sinks. Intact oceans and coastal wetlands absorb carbon dioxide from the atmosphere and store it, offsetting the vast amounts of carbon dioxide we emit.

Research shows that habitats in MPAs bounce back from climate change related consequences, such as coral bleaching, faster than those outside the protection zone.

“Existing and emerging evidence suggests that MPAs can serve as a powerful tool to help ameliorate some problems resulting from climate change, slow the development of others, and improve the outlook for continued ecosystem functioning.” [3]

Callum and colleagues emphasize that in order for marine protected areas to achieve their full potential they should meet five characteristics: no-take, well-enforced, well-established, large, and isolated.

To that end, Marine Conservation Institute is leading the Global Ocean Refuge System (GLORES). The most highly protected and effective MPAs throughout the ocean can be nominated for Global Ocean Refuge awards. These prestigious awards will be an incentive for governments to create new MPAs with high conservation value and to improve existing ones. The inaugural Global Ocean Refuges will be announced this September at the 4th Annual International Marine Protected Areas Congress in Chile. In the meantime, check out the nominees and participate in the public comment period!