Surrounded by mangroves that grow on low-lying islands and the mainland coast, the Port of Buenaventura bustles with activity—it’s a gateway to that largest of oceans, the Pacific, and the diverse wildlife that calls the Colombian Pacific home.

Offshore, far beyond the horizon, a mountain range rises from the ocean’s depths to hundreds of feet above the surface—creating the island of Malpelo and in its surroundings, a unique habitat critical to marine biodiversity in the Eastern Tropical Pacific. Those habitats surrounding Malpelo have been protected since 1996, and conservation efforts have paid off.

I boarded a converted buoy tender from the North Sea to head to Malpelo Island in August 2019 as part of a Mission Blue expedition to tag highly migratory species and observe wildlife in this unique marine environment. Once we crossed the 300 mile expanse of blue between the mainland and Malpelo Island I was blown away by the abundance of birds, sharks, fish and healthy coral around the island.

The Malpelo Fauna and Flora Sanctuary, a marine protected area covering 27,096 square kilometers, received a Blue Park Award from Marine Conservation Institute in 2017 for outstanding conservation effectiveness. Rigorous monitoring over 19 years shows that populations of reef fish have grown remarkably since its conservation measures came into effect, a huge win for ocean wildlife. The dividends are visibly appreciable. 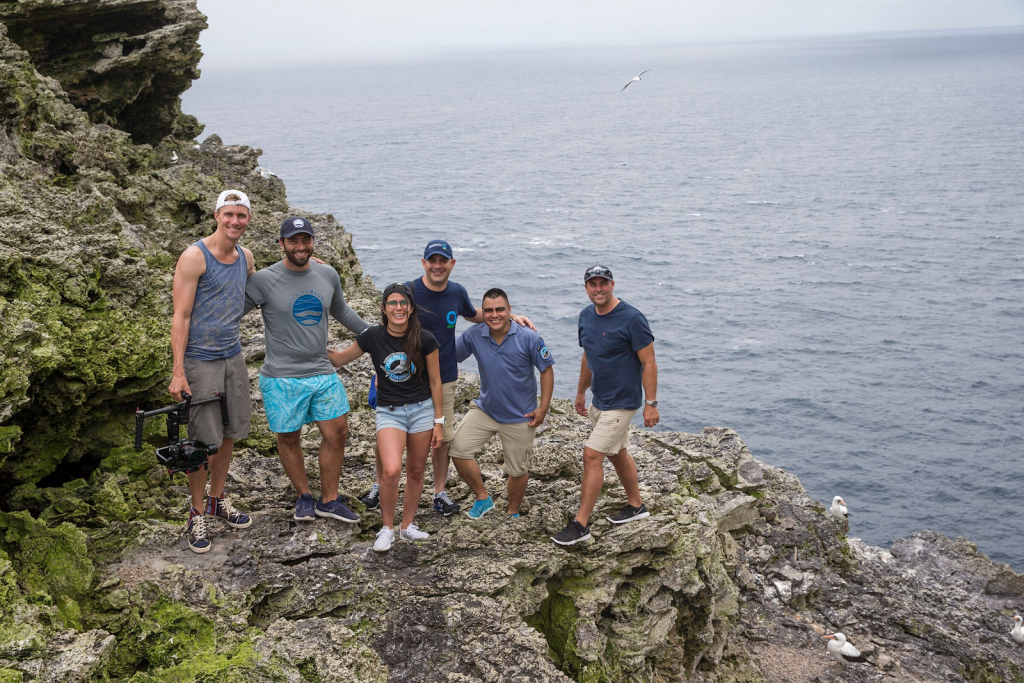 Once we drop into the water, diving at a site called Arrecife (Spanish for “reef”) we can see the dividends of rigorous conservation management work. As we drift over the rocky reefs and corals, suddenly a flurry of activity begins – schools of leather bass patrol each nook and cranny for a bite. Moray eels swim free, following the hunt to pick up the scraps and laggards that the leather bass miss. Trevally and jacks look for their breakfast. Underwater, Malpelo is an explosion of life. 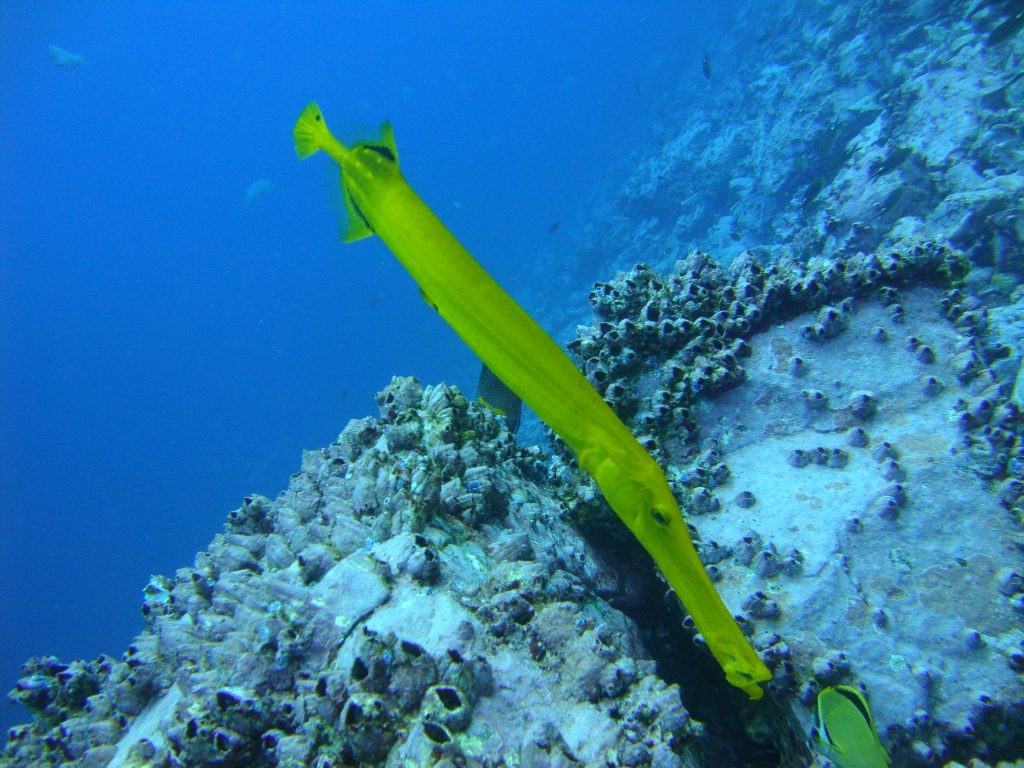 This amazing biodiversity is Colombia’s greatest treasure. Colombia is an ocean country– its marine jurisdiction represents 40% of its total surface extension. However, like many countries, Colombia is behind on protecting its ocean. Sustainable Development Goal 14 includes a target for protecting 10% of marine areas by 2020.  Today, 12.9% of Colombia’s marine jurisdiction is designated to be protected, but only 4.1% is highly protected, in MPAs where fishing is very restricted or forbidden (MPAtlas).

The Malpelo Fauna and Flora Sanctuary Blue Park represents the vast majority of Colombia’s no-take marine area, where no fishing is allowed. Highly protected and fully protected marine areas reliably result in more abundant populations when they are also well managed and well enforced. To date, the monitoring data from Malpelo indicate that regulations are paying dividends for marine life.

Those abundant schools of leather bass, Pacific barracuda, snappers and moray eels that accompanied me on my first dive in Malpelo reflect the MPA’s effectiveness, a trait more rare than it should be among MPAs. Effective management and enforcement often take time and lag behind the creation of protected areas on paper. Marine Conservation Institute’s Blue Parks program emerged from a recognition that effective conservation requires more than MPA coverage targets – it also requires MPA quality targets. The Blue Park Award criteria set a quality standard for MPAs that includes biologically significant placement and design, strong regulations, effective management and high compliance. 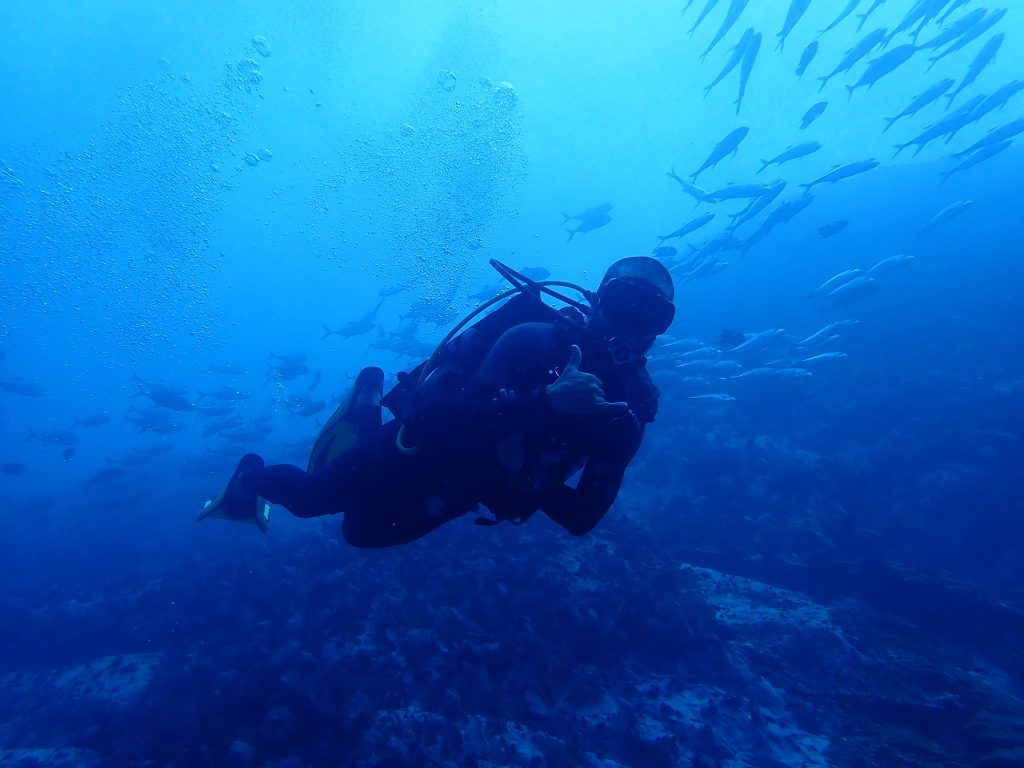 The Malpelo Fauna and Flora Sanctuary, along with 15 other Blue Parks awarded to date, provide examples of what effective MPAs can achieve. At Malpelo, a cast of conservation partners including the Malpelo Foundation, National Parks Colombia, the Malpelo Action Fund, Biodiversity Conservation Colombia, Migramar, and Conservation International, work together to make sure the sharks and fish are safe; but challenges remain.

Despite the protections granted by the Colombian government, not all marine life there is safe. “The biggest threat to the protected area,” says Sandra Bessudo, founder of the Malpelo Foundation and Hope Spot Champion for Malpelo, “is illegal fishing.”

“It’s done mostly by vessels from neighboring countries… where they come in and enter the protected area [illegally], to capture snappers, groupers, sharks; all this biodiversity”

It’s a difficult threat to counteract. By boat, it takes 36 hours to get from mainland Colombia to Malpelo. Even with reports of illegal fishing, it’s difficult to capture poachers.

Monthly expeditions led by the Malpelo Foundation serve two critical purposes – to study animal populations in Malpelo and also to keep a lookout for illegal fishing.

Sandra Bessudo, who worked with Marine Conservation Institute through Malpelo’s Blue Park evaluation, noted an ominous sign. “We’ve seen reef fishes increase in abundance, diversity, and size of individuals, but hammerheads and silky sharks are in decline.” Hammerhead sharks were recently reclassified by the IUCN Red List as Critically Endangered. They often travel beyond the boundaries of protected areas, so a strong network of protected areas with ecosystem connectivity is crucial to ensure sharks’ survival. 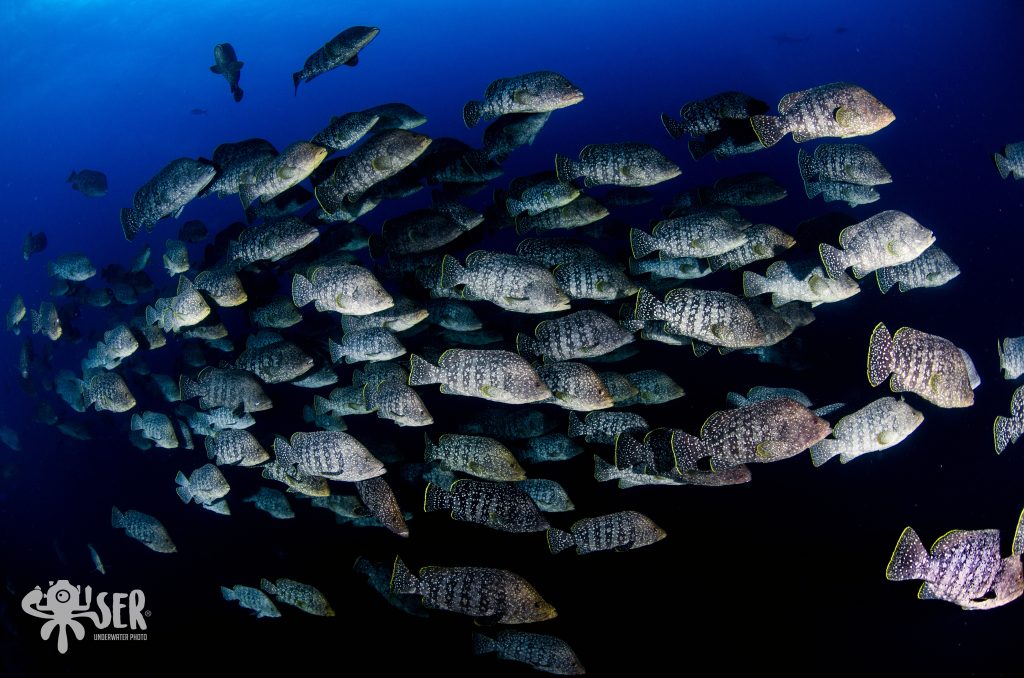 The Blue Park Awards are a means to an end: a way to encourage quality improvements of MPAs to ultimately protect 30% of each ocean ecosystem within a network of Blue Parks. In the Eastern Tropical Pacific, that vision has come closer to reality with two additional Blue Parks awarded after Malpelo in 2017. Cocos Island and the Galapagos Marine Reserve both earned Blue Park Awards last year and protect not just many of the same species but the same individuals within their boundaries.

There are sharks – silky, hammerhead, whale sharks – that have been tagged and observed moving from one Blue Park in the region to another. These highly migratory species will only survive with strong protections across their critical habitats. Blue Parks in the Eastern Tropical Pacific, starting with Malpelo, form a network of well-protected and effectively managed marine protected areas that give endangered wildlife a fighting chance. Our work aims to expand this network to a global scale.

If you would like to learn more about our Blue Parks, visit us at www.blueparks.org