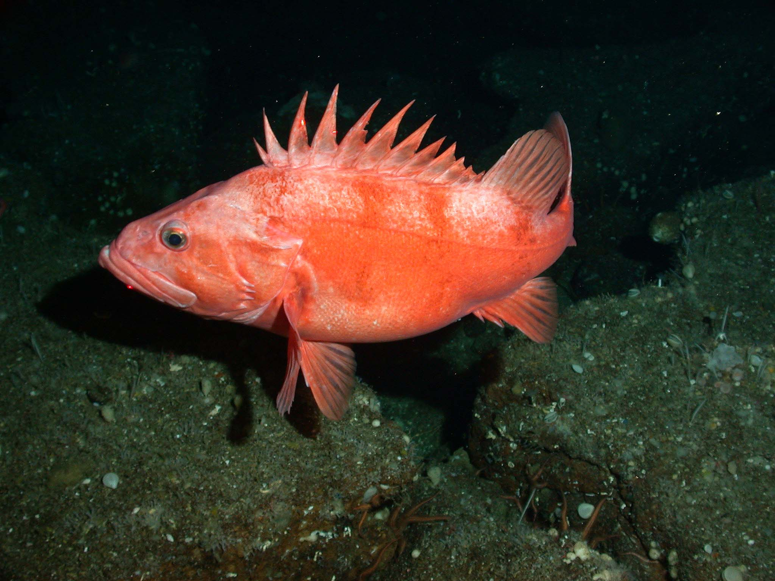 Featured Picture: A rockfish searches for a place to hide off the coast of Southern California. Photo courtesy of NOAA.

The next time you order fish at a restaurant, pull out your phone for a second and research where it might have come from (Monterey Bay Aquarium’s Seafood Watch app may help you here). The answer may just surprise you. While many fisheries operate close to shore and in shallow waters (maybe you can even see the fishing boat from your table), as near-shore fisheries collapse, more and more operations are moving offshore and into deeper waters. Surprisingly, your dinner may have been scooped up from one of the most remote places on the planet – the top of a seamount. Seamounts are massive undersea volcanoes that support biodiverse ecosystems teeming with life in the often otherwise sparsely populated deep sea. Why fish remote places like seamounts? Seamounts often house abundant fields of deep-sea corals and sponges, which in turn create three-dimensional habitat structures that are invaluable for a wide array of fish and invertebrates, including many commercially-fished species. Fisheries often target seamounts because fish aggregate on their slopes, summits, and waters above as they use these ecosystems as key nursery, feeding, and reproductive grounds. The aptly named rockfish are commonly found in seamount habitats, and many species – including the Pacific rockfish (Sebastes alutus), the bocaccio (Sebastes paucispinis), and the yelloweye rockfish (Sebastes ruberrimus), are frequently fished in Californian waters (although you may see all of them listed on the menu as ‘red snapper’). 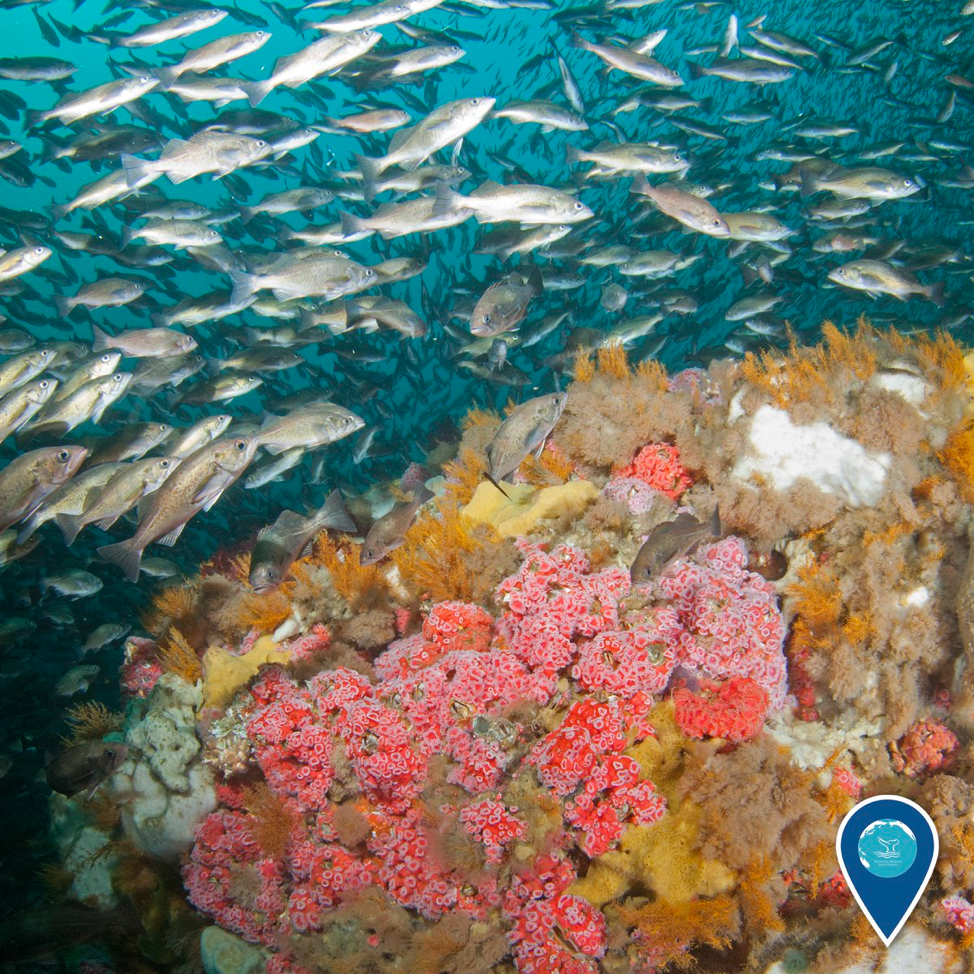 A school of widow rockfish swim above a colorful bank of sponges and anemones at Cordell Bank. Photo courtesy of NOAA.

Unfortunately, the latest research confirms what we already knew: bottom fishing on seamounts is incredibly destructive to the coral and sponge ecosystems that these fish rely on. In a recent paper published in Marine Policy, the authors looked for evidence that bottom-contact fisheries had on seamount habitats in the North Pacific Ocean. What they found was sad, but not surprising: barren stretches of seafloor with nothing but scars from fishing gear, coral colonies reduced to rubble, lost or abandoned fishing gear, and the notable absence of previously abundant coral species. In many cases, bottom-contact fishing involves bottom trawling, where a large weighted net is dragged along the seafloor, indiscriminately catching the targeted fish species along with unwanted bycatch including corals, sponges, and other fish. Bottom-trawling is an incredibly destructive fishing method capable of destroying entire, ancient ecosystems in one pass. While the authors of this study – like many before them – recommend that seamounts be closed to these fisheries, the vast majority of seamounts around the world do not have any meaningful protections in place. Marine Conservation Institute is currently working to protect the 60+ seamounts off the coast of California from fisheries, oil and gas development, future deep-sea mining, and climate change. Currently, only one of the seamounts offshore California’s coast is protected within federal sanctuary boundaries (Davidson Seamount in Monterey Bay National Marine Sanctuary), leaving the rest vulnerable to human pressures.

So, the next time you eat fish, take a closer look at what type of fish it is, and where it was taken from. Spare a thought for the fragile ecosystem that may have been damaged along the way.