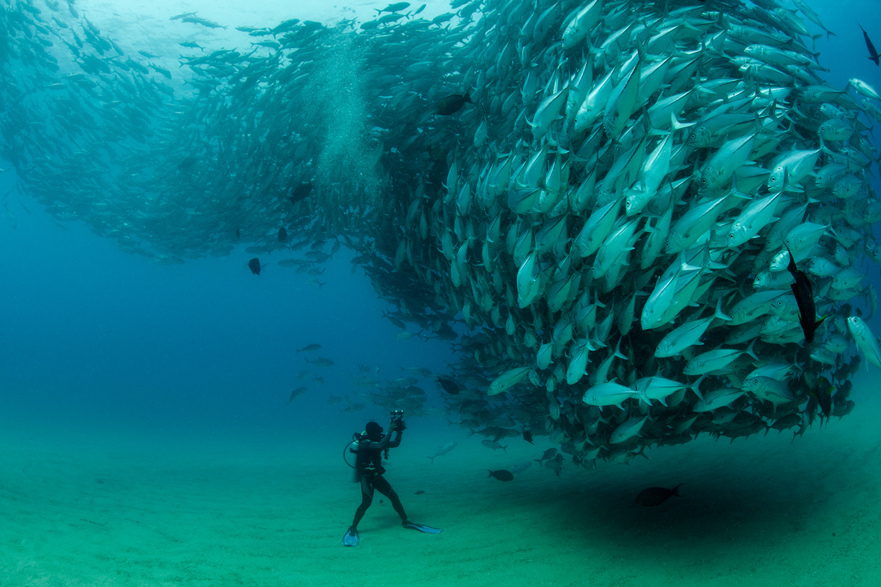 Swimming alongside a massive swirling sphere of jacks, I pretend for a moment, that I’m a fish. And if I were a fish, I’d want to live right here in Cabo Pulmo National Park, in the transition zone between tropical and temperate environments where the Sea of Cortez meets the Pacific, and where minerals from the land enrich the water that teams with life. 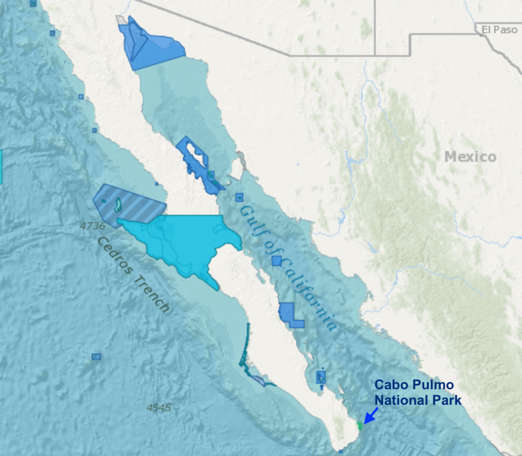 The 70 km2 park was protected by the small community of Cabo Pulmo on the southeastern edge of the Baja California Peninsula nearly 25 years ago when leaders in the community recognized their reefs were no longer healthy and their fished populations diminished. Following their protection, the ecosystem began returning to life. Corals grew, fish populations rebounded and big fish returned to the reefs [1]. In the past few years, even the sharks – white tipped reef sharks, bull sharks and tiger sharks – have returned to the area. It took time, but once protected, the reefs and marine life that had sustained the community long ago, began to do so again. For many years, locals continued to fish in certain areas of the park, but as they began to see success from protection, they decided to ban fishing throughout the park. Now Cabo Pulmo National Park is nominated for a Blue Park Award. These awards recognize effective marine protected areas and the people who champion them.

In addition to conservation benefits, the community benefits from “spillover” – the movement of fish from the protected area to fishing grounds outside of the park boundaries. The local economy of Cabo Pulmo has also shifted to tourism – the revitalized ecosystem has attracted tourists who want to snorkel and dive with the incredible wildlife in Cabo Pulmo, just like me. 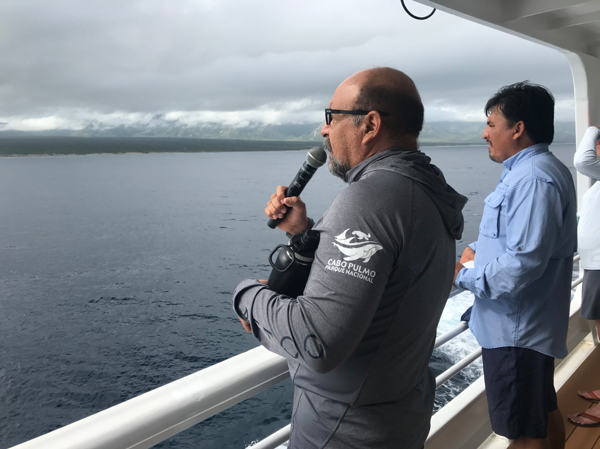 Carlos Godínez, manager of Cabo Pulmo National Park, and Luis Lucero, community leader of Los Barriles, look out over the area Luiz would like to see protected, the “Nest.”

Tourists have not been the only ones to appreciate the recovery in Cabo Pulmo National Park. Fishing communities up the coast are in the same boat that the fishers of Cabo Pulmo abandoned 25 years ago – they are driving further and further away to catch less and less fish. But they have seen the fishing improve in the region around Cabo Pulmo, and now some of them are ready to follow Cabo Pulmo’s lead. The community of Los Barriles is beginning to plan a marine protected area that community leaders are calling, “The Nest.” Community leaders, like Luis Lucero are studying Cabo Pulmo to learn from its success, and from the threats of development and unsustainable tourism it has faced. While Luiz hopes to protect the community’s fishing heritage and traditional fishing methods, members of the next generation, including his daughter, see their future in a tourism economy. The community will need to decide what they are aiming for.

Los Barriles’ intention to create “The Nest” gives me great hope – this is exactly the kind of virtuous cycle of conservation success and replication we need to scale up effective marine protections and safeguard life in the sea. 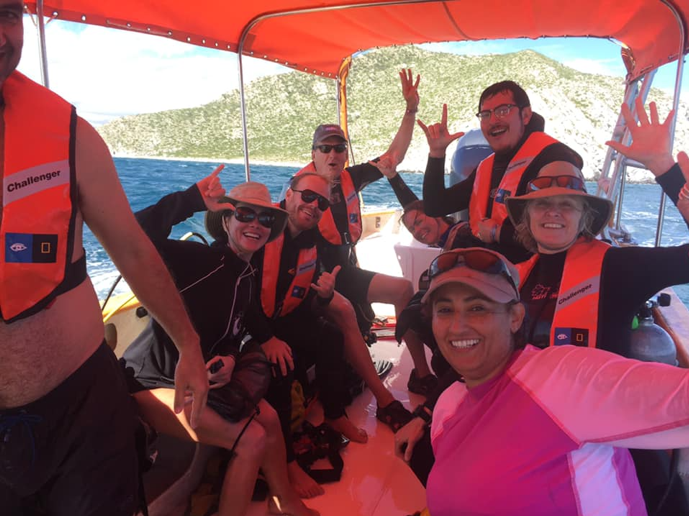 Our own Dr. Sarah Hameed (at the back of the boat in the photo above) is just back from visiting Cabo Pulmo National Park located on the Baja California Peninsula, where the Sea of Cortez meets the Pacific Ocean. Invited by Legacy Works Group to participate in a 5-day floating meeting focused on conservation, Sarah collaborated with managers, community leaders, government officials, conservationists, scientists, photographers and funders aboard National Geographic/Linblad Expeditions ship, Sea Lion.