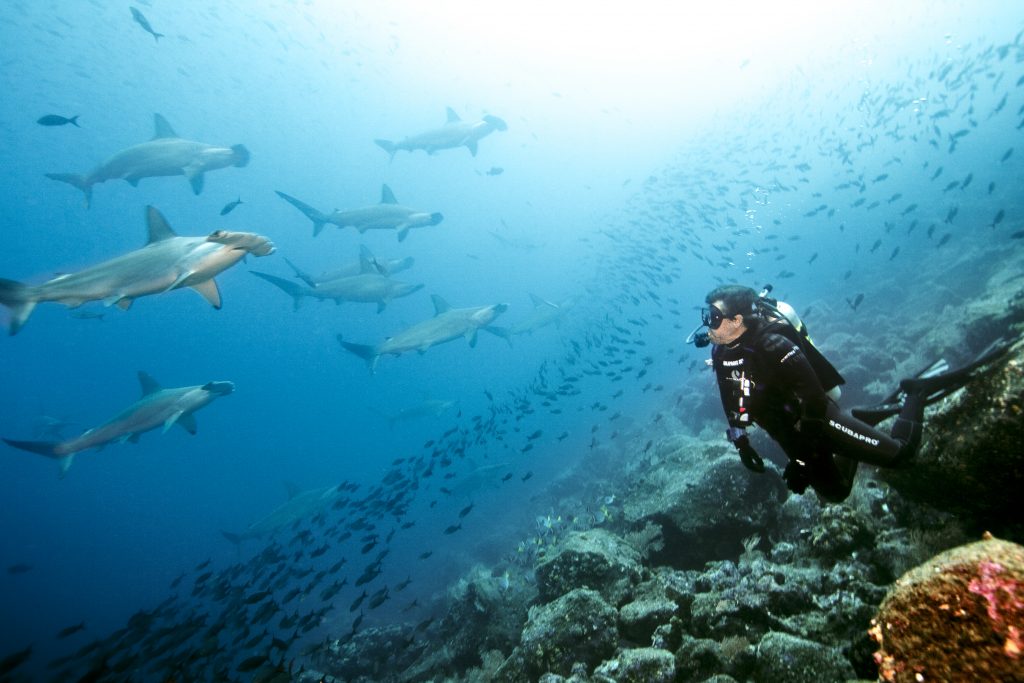 If you are a SCUBA diver, you have likely heard of the legendary dive pioneer and ocean conservationist Peter Hughes. He has been showing people the beauty and glory of the underwater world for decades. Born in Scotland, Peter learned to dive in Trinidad when he was just 10 years old. In his many years as a diver, he has owned a resort, an equipment company and a fleet of liveaboards.

We are very excited to have Peter as a Global Ocean Refuge System (GLORES) partner. He has deep experience exploring what lies under the ocean surface and knows why we need to protect it. Below are Peter’s own words on why he is a GLORES partner.

Why are you a Global Ocean Refuge System Partner?

“The oceans are a wonderland and it has been such a privilege to be able to explore its depths. It is a gorgeous place with awe-inspiring creatures; SCUBA diving has been one of the biggest pleasures of my life.

“Unfortunately, people who have been SCUBA diving as long as I have are seeing the devastation of our oceans up close. We need an organized, scientific, worldwide initiative like the Global Ocean Refuge System to ensure we don’t lose critical ecosystems and marine life. All of us need to think about the people who will inhabit this earth after us. Leaving them with barren, desolate oceans would be like taking away their oxygen, a major food source and their livelihoods. We also would be taking away their well-being as we all know how the oceans can cast a calming spell on us. We have to protect our oceans before it is too late and GLORES is a smart solution that combines various critical elements in a systematic approach.” 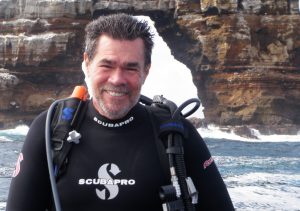 Peter is founder of the DivEncounters Alliance, a group of independent liveaboard dive operators who share the same mission: “To provide guests with exceptional diving encounters while providing luxury accommodations and amenities onboard – at all times.”

He is one of the diving world’s foremost live-aboard operators, having spent more than forty years in the dive industry and over the past 25 years, building his former live-aboard company, Peter Hughes Diving, Inc. As the primary consultant in the design of M/V Galapagos Sky, Peter used his extensive live-aboard experience to help craft a unique live-aboard perfectly suited for cruising and diving the Galapagos Islands.

Peter was first employed in the recreational dive business in Tobago, at first as a camp counselor and then camp director. From there he went to Roatan, Honduras, where he was instrumental in converting Anthony’s Key Resort from a failing sailing resort into the successful dive resort it still is today. After that, he went to Bonaire and built what was recognized then as the largest and most successful recreational dive facility in the world – Dive Bonaire, N.V. He sold that business to Divi Resorts, N. V. in 1985 and became their Vice President, Marine Sports Division. He built dive operations for Divi Resorts, N.V. throughout the Caribbean during that time.

Peter founded the Dancer Fleet and Peter Hughes Diving, Inc. in 1990. His first liveaboard was M/V Sea Dancer that he purchased from Divi Resorts, N.V. and over the next several years many other liveaboards were purchased or contracted to provide upscale liveaboard diving experiences around the world. He sold that business in 2008, worked for the new owner until 2010 and then founded DivEncounters Alliance.

Thank you, Peter, for supporting GLORES. We appreciate it!