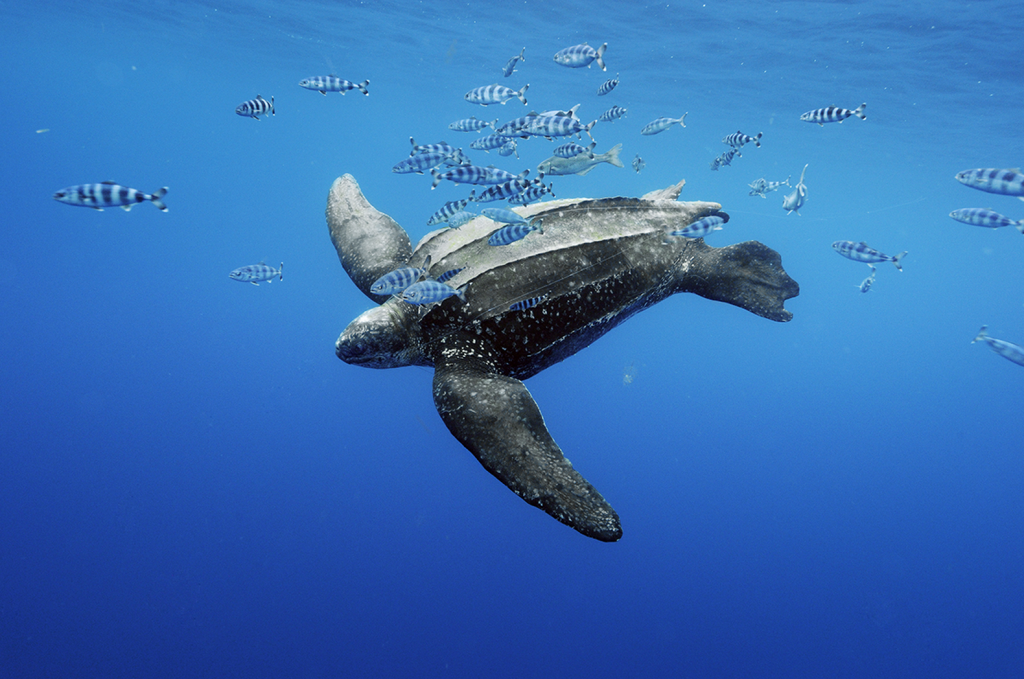 When leaders of the world’s seven most industrialized nations meet in Japan May 26-27 their decisions on key issues- such as how to energize a frail global economy and restrain the spread of terrorism- will likely capture the news headlines.

But the leaders of the United States, Canada, Japan, France, the United Kingdom, Germany and Italy, known as the Group of Seven (G7), should also consider united efforts to conserve marine biodiversity and the world’s largest natural system –the ocean. After all, the G7 countries control about one-third of the world’s economic output, account for 11% of the global population and produce over 25% of the world’s emissions of carbon dioxide.[i] Clearly, what they decide to do in concert- or not -is consequential.

From the frozen seas to the sunlit tropics, estuarine, coastal and oceanic ecosystems are home to millions of marine species. Unfortunately, impacts from human activities such as overfishing, ocean warming, acidification and pollution are significantly straining the ocean’s capacity to sustain us. As the ocean warms and acidifies, we now risk mass extinction in the seas and large reductions in the important benefits we get from the ocean: oxygen, seafood and a livable climate.

Marine Conservation Institute and increasing numbers of marine scientists around the world believe that protecting marine life in their ecosystems via strategically placed, fully protected marine reserves is the best way to maintain biological diversity, abundance and resilience of the ocean. The science on marine reserves and how they work to safeguard the ocean is robust[ii]. And so it is time for the G7 countries to lead the way in establishing more reserves in the ocean to protect this vital system.

The G7 countries are signatories on international conservation agreements that effect the ocean, such as the Convention on Biological Diversity’s Strategic Plan for Biodiversity 2011-2020. This Strategic Plan consists of a biodiversity target, Aichi Target 11, which states that by 2020, 10% of coastal and marine areas will be conserved through effectively managed, ecologically representative and well connected systems of protected areas, and integrated into the wider landscapes and seascapes.[iii]

With less than four years left to meet this target, and in light of the G7 annual meeting, how are the G7 countries doing on their commitments to protect the ocean?  We crunched the numbers with help from MPAtlas.org to see how the G7 compare as leaders in marine conservation. They have the financial means, are they doing their part?

Of the G7 countries, only two have protected more than 1% of their oceans in fully protected reserves. The United States leads with 13.5% of waters fully protected (a number that includes territories and non-continental states) and is followed by the United Kingdom with 9.7% protection. Full protection in the UK will increase to 22% once the Pitcairn Islands Marine Reserve, announced in 2015, is fully implemented.[iv]

The remaining G7 nations (Italy, Canada, France, Japan, and Germany) have each strongly protected less than 1% of their oceans. South Africa (4.5%), Australia (4.1%) and Saudi Arabia (2.1%) have conserved more ocean than the wealthier members of the G7 by implementing strongly protected reserves.

Given the slow rate of progress of the majority of the G7 countries on establishing fully protected marine reserves, it is heartening to see the G7 environmental ministers recognize their conservation obligations in their joint communique from last week’s preparatory meeting in Japan. They wrote, in part:

“Biodiversity plays a vital role for maintaining life sustaining systems, and therefore is of paramount importance to all life on Earth including human beings…We recognize that the loss of biodiversity and degradation of ecosystems constitute both an environmental problem, as well as a social-economic problem which reduces human well-being… In order to achieve this, we recognize that important challenges are to take into account the values of biodiversity and ecosystems and their services, to incorporate them, in an appropriate manner, across our economies and policy decision making. [page 5]

We note the importance of promoting both regional and global efforts to conserve and sustainably use marine biodiversity, inter alia with regard to ocean governance. We also support and will engage constructively in the UN process aimed at the development of an international legally binding instrument under the United Nations Convention on the Law of the Sea on the conservation and sustainable use of marine biological diversity of areas beyond national jurisdiction. [page 13]”[v]

Let’s hope that 2016-2020 are years of great progress for ocean protection. Marine Conservation Institute, the Ocean Sanctuary Alliance and many others are working to help countries achieve the 10% marine protected area target by 2020.

[i] Federal Statistical Office of Germany. The G7 in Figures; Summit of the G7 States in Elmau 2015. May 2015 https://www.destatis.de/EN/Publications/Specialized/InternationalData/G7InFigures0000155159004.pdf?__blob=publicationFile