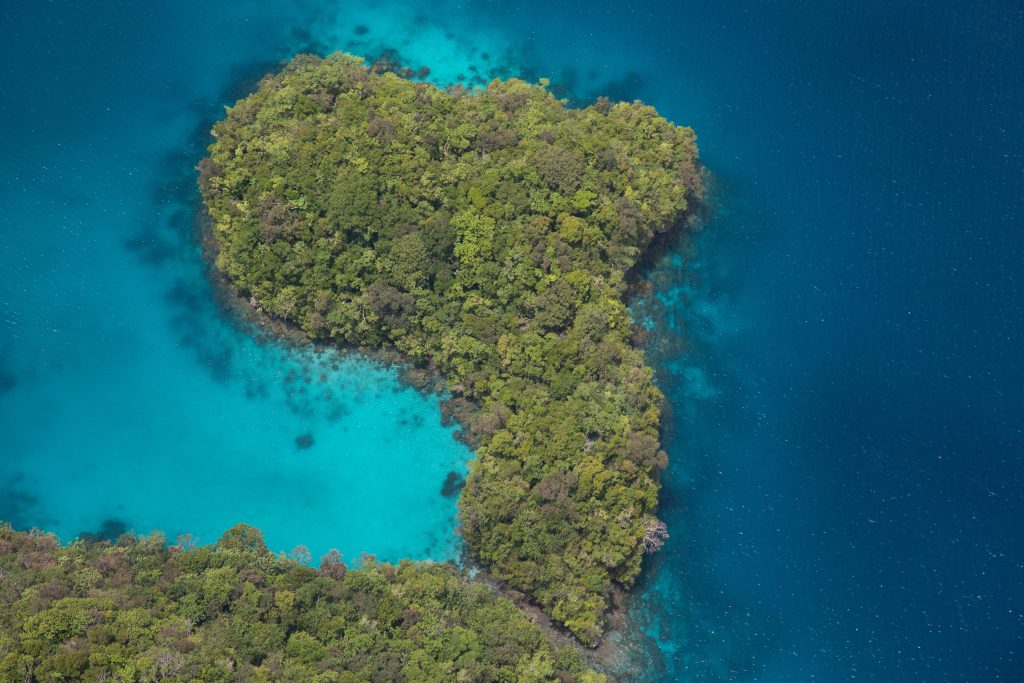 Marine protected areas (MPAs) are a vital tool for conserving marine biodiversity and ocean health in the face of human-caused threats, such as habitat destruction, overfishing, and climate change. They provide a wide range of benefits, such as increasing biodiversity and biomass, protecting endangered species, recovering overfished populations and sequestering carbon, justifying their inclusion as part of several international conservation goals. Direct measurements of biodiversity are difficult to obtain and protected area coverage is used by nations as an indicator of conservation. With the 2020 deadlines for the Convention on Biological Diversity Aichi Target 11 and UN Sustainable Development Goal 14 upon us, many involved and interested parties are eager to learn where we currently stand, what progress has been made, and what must still be done to reach adequate levels of marine protection across the globe. While MPAtlas.org reports that 5.3% of global marine area is currently protected, some countries have far exceeded the 10% goal within their own coastal waters and exclusive economic zones (EEZs). As of the beginning of 2020, the 10 countries with coastal and ocean domains greater than 10,000km and the largest percent MPA coverage are as follows: Palau, United Kingdom, Germany, Australia, Brazil, United States, Gabon, Poland, Mexico, Estonia, Nicaragua, and Latvia (Figure 1). 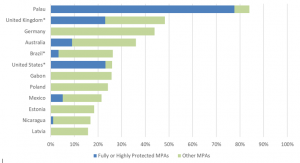 Figure 1. Top 10 countries by percent marine protected area (MPA) coverage in their exclusive economic zones (EEZ). Asterisks (*) denote countries in which the majority of MPAs are in offshore territories.

Palau has set the bar high, not only for total MPA coverage but also area of fully protected areas. Fully and highly protected areas are vital to effective marine protection, as they are significantly more likely to produce positive conservation benefits than areas that allow extraction, such as fishing and mining. Palau National Marine Sanctuary, which went into effect on January 1st, now protects 80% of Palau’s waters from all extractive activities, creating one of the largest fully protected areas in the world. While it has been reported that the loss of commercial tuna fishing has increased pressure on reef fish, this short-term impact could be mitigated as the market stabilizes and creates a domestic supply of tuna or other sustainable options to meet demand. Such a shift takes time and demonstrates the fragile balance between short-term human needs and long-term conservation. MPAs are a key part of ensuring long-term sustainable use while protecting vibrant biodiversity and ecosystems for the future.

Brazil is the only newcomer to the top 10 list, as it substantially increased its protected area coverage over the past year, while many other countries remained the same (Table 1). Two new, large protected areas located around the Archipelagos of Sao Pedro and Sao Paulo, and Trinidade and Martim Vaz, increased Brazil coverage from less than 2% to nearly 26%. Within each protected area, a fully protected Natural Monument is surrounded by a sustainable use zone.

It is important to note that these new MPAs in Brazil, as well as the majority of MPA coverage in the United Kingdom and United States, are located in offshore territories, rather than the nearshore waters of the country’s mainland. If only considering MPAs in each country’s mainland areas, the United Kingdom and United States would have 2% and less than 1% coverage, respectively. Many offshore MPAs surround remote, uninhabited or low population land masses, making MPAs easier to implement than in higher-use coastal areas, where often faced with local resistance from fear of negative impact on livelihoods. However, MPAs in these areas may not show the greatest increases, since higher-use areas that are overfished or degraded will likely see highest return on investment.

Table 1. Top 10 countries by percent marine protected area (MPA) coverage in their exclusive economic zones (EEZ) at the start of 2019 and 2020. Asterisks (*) denote countries in which the majority of MPAs are in offshore territories. Green highlights represent positive changes and red highlights represent negative changes in coverage over the year.

Meanwhile, some countries MPA coverage decreased over the past year; Romania’s decreased to 5%, losing its place in the top 10. Upon assessment by the MPAtlas team, a large portion of Romanian sites lost their MPA status, since although they were self-reported as an MPA to the World Database on Protected Areas (WDPA), they do not actually meet the requirements of an MPA as defined by the IUCN. Primarily, the Delta Danube is designated as a UNESCO World Heritage Site, a Ramsar Wetland of International Importance, and a UNESCO-MAB Biosphere Reserve; however, while these honors denote inherent value, none of them include specific laws or regulations for conservation.

Overall, the leading countries in MPA coverage have remained stable or improved over the past year, with several countries continuing to expand and strengthen protections within their waters. As time passes and the urgent need for effective protection measures grows, many others will look to these countries as leaders. Therefore, although they have surpassed the 10% goal for 2020, they should continue to strive to achieve fully or highly protection levels and encourage others to do so, as well.