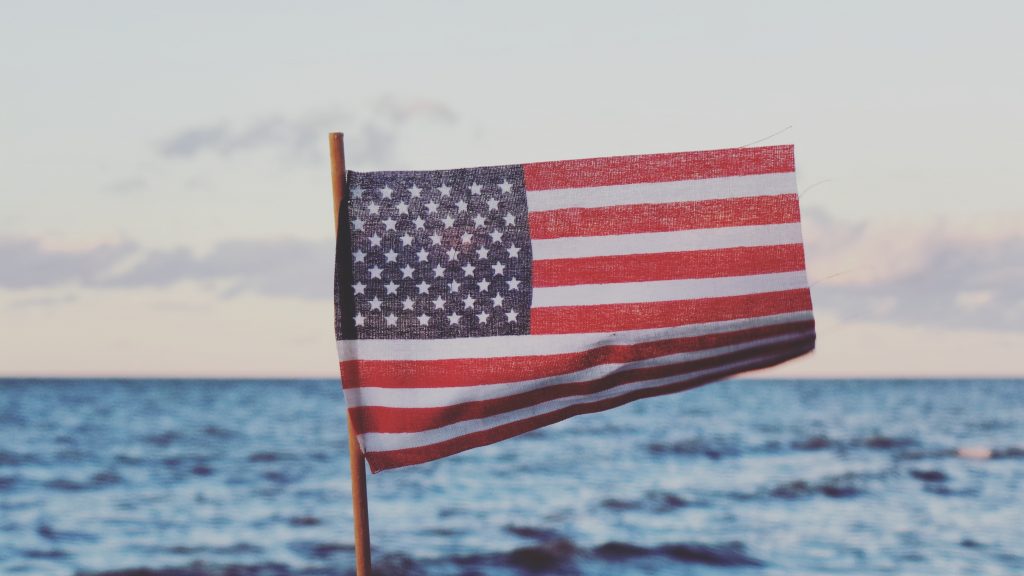 Happy Fourth of July! It’s amazing to think that when Katherine Lee Bates first wrote “America the Beautiful” in 1893, with its gorgeous celebration of our country from sea to shining sea, few of America’s ocean wonders were known and none were protected. Thankfully, we’ve come a long way. 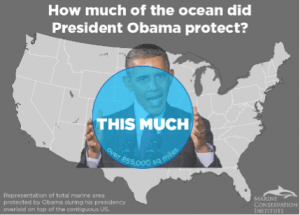 Since the 1990s, all but one of our commanders in chief have made protecting the ocean a rich part of their legacy. For example, President Clinton signed a moratorium on offshore oil drilling and an executive order, influenced by our workshop in 2000, establishing the National Marine Protected Areas (MPAs) Center. President George W. Bush, at our urging, created GLORES award-winner Papahānaumokuākea Marine National Monument. He also designated the Marianas, Pacific Remote Islands, and Rose Atoll Marine National Monuments, furthering his ocean accomplishments. Finally, President Obama greatly expanded the Papahānaumokuākea and Pacific Remote Islands Marine National Monuments; established our first marine national monument in the Atlantic Ocean, Northeast Canyons and Seamounts; and banned oil drilling in the Arctic Ocean. He protected over 855,000 sq. miles of our ocean, making him our greatest Oval Office ocean advocate yet. Sadly, this great US ocean protection progress is in danger today. 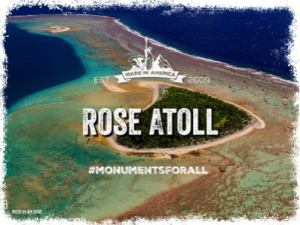 Rose Atoll Marine National Monument is threatened by the Trump administration. Image: Monuments For All

President Trump and his appointees seem dedicated to repealing important environmental regulations and removing protections for our precious marine life, public waters and lands. They gutted the Bears Ears and Grand Staircase-Escalante National Monuments last December, and, following a secretive review process, Secretary Zinke has recommended opening up several marine national monuments to commercial activities that would threaten many fishes, seabirds and marine mammals like the endangered Hawaiian monk seal, whose survival is tied to continued protections in Hawaii. Without meaningful protection from large-scale fishing and resource extraction, our treasured blue parks may be damaged beyond their ability to recover. 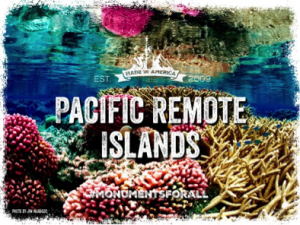 Image: Monuments For All

America’s ocean wonders need our help. The Marine National Monuments and National Marine Sanctuaries protect rich coral reefs and intact ecosystems where sharks, tunas, whales and other wildlife still roam. President Trump’s attacks are unprecedented, but we can band together in the face of this threat. Marine Conservation Institute has joined other environmental groups to raise awareness and oppose his rollbacks to our shared natural heritage and the National Ocean Policy. In these times, we recall President Obama’s words on Nov. 9, 2016,

“…the path this country has taken has never been a straight line. We zig and zag and sometimes we move in ways that some people think is forward and others think is moving back. And that’s OK…

We lick our wounds, we brush ourselves off. We get back in the arena. We go at it. We try even harder the next time. The point, though, is that we all go forward.”

We will never back down in the fight to protect our ocean and keep America beautiful, from sea to shining sea!