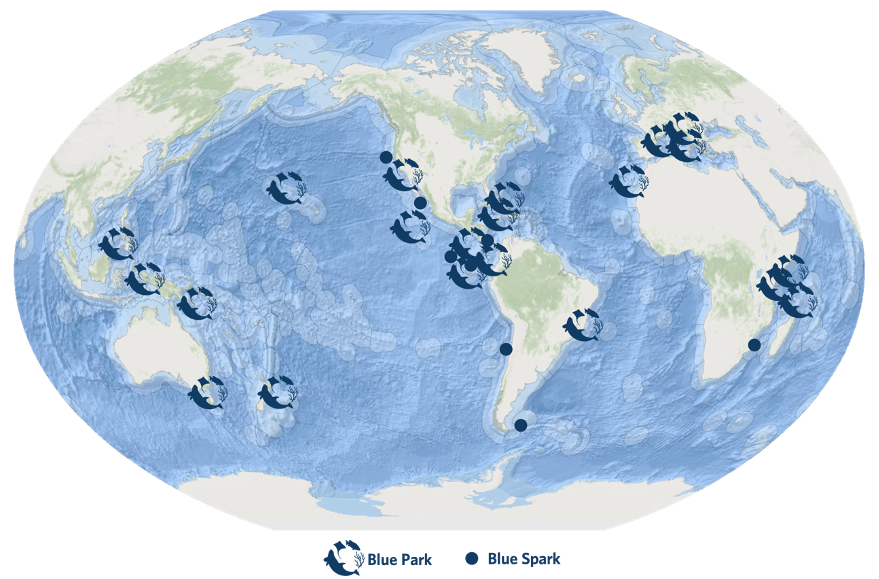 As Marine Conservation Institute successfully concludes our 25th year  (missed our Anniversary Gala? Watch here!), it is a time for reflecting on our most recent year of achievements. Our lean, smart team has been hard at work in 2021 to advocate for and protect extraordinary ocean places—from publishing significant contributions in Science and Nature, to supporting tomorrow’s diverse leaders with an ocean scholarship, to advocating for high seas protections. Here are some of our favorite headlines from the year:

1.       Strides in Protecting 30% of U.S. Oceans by 2030 – Just days after the inauguration, the President committed to conserving and restoring 30% of US lands, waters, and oceans by 2030, putting oceans forward as a big part of ensuring climate resilience! An executive order is one thing, but action—and action that is grounded in strong science—takes vigilance and effort. This won’t be easy, and we’re following up every day to make sure the administration upholds high enough standards for protected areas to bring tangible conservation benefits. The forces of ocean extraction are arrayed in opposition: industrial fishing companies, offshore oil and gas drilling, polluters, and deep-sea miners. In this regard, our work has only just begun, and loud voices and strong financial support from our ocean community will ensure that the administration steers its 30×30 effort wisely.

2.     A Groundbreaking Framework to Guide Better Decisions About Ocean Protections – After years of work and scientific workshops around the world with esteemed marine scientists, our approach to evaluating marine protected areas (MPAs) based on their policies, management and enforcement was finally released in the prestigious journal Science. The vast majority of MPAs in the world—at least 90% of them—do little to really protect marine life. We need a universal, science-based language for understanding which MPAs really produce conservation outcomes and which ones are ‘paper parks’. This evaluation framework does just that, and provides a clear path for those in power to upgrade the MPAs they already have.

A common language for understanding our path toward effective ocean protection is exciting, but it will take work to adopt at a broad scale. Your support helps us bring The MPA Guide to the table for important international conferences and conversations—will you help steer us toward a globally united vision for effective marine conservation?

3.     America’s Unique Reefs and the Fight to Save Them – We’re working hard to improve the management and protection of Florida Keys seagrass beds and declining coral ecosystems where animals like sea turtles, manatees, bonefish and tarpon take shelter. This year we played a key role in convincing the Florida Fish and Wildlife Conservation Commission to close its most important spawning aggregation site for 4 months of the year (we pushed for an 8-month window, and we still hope to lengthen the closure). As it stands, this victory will help innumerable fish populations in the Keys rebalance and recover.

We’ve created a coalition of local groups, including fishermen, to advocate for a much better management plan for the Florida Keys Marine Sanctuary. And we are making progress. Over 10,000 members of the public signed a petition demanding a stronger plan for the Keys coral reefs. We need your help to grow these vital grassroots actions.

Each year we carefully assess MPAs that have been nominated for the Blue Park Award. We award those that meet our stringent scientific criteria, and we give customized feedback and “blueprints” to those that are still evolving toward successful management plans. Blue Park Awards give international recognition and affirmation to the nations that receive them, and the awards incentivize other countries to follow suite—a virtuous cycle, of sorts. With our international team of MPA experts we look ahead to expanding the program in 2022 and your support will be vital.

5.     Celebrating 25 Years of Ocean Conservation – For 25 years, we’ve worked ceaselessly to protect our wild ocean places, for us and future generations. We celebrated our quarter-century anniversary with a virtual Gala, which you can view here! It is exciting to reflect on 25 years of accomplishment:

·        We were the first organization to address the destructiveness of bottom trawling and call for its phase-out to protect rich and fragile deep-sea coral ecosystems, like California’s seamounts.

·        Our science and advocacy were instrumental in making the Northwest Hawaiian Islands into a marine monument. Now known as Papahānaumokuākea Marine National Monument, established by President Bush in 2006, and significantly expanded by President Obama it is still the largest no fishing area in US 0ceans, preserving hundreds of species across an area of 140,000 sq miles – almost the size of Montana.

·        We recognized a need for a universal understanding of marine protected areas, and created what has become the world’s most trusted database of global MPAs and their conservation status.  Now, in partnership with The MPA Guide, the Marine Protection Atlas is used and quoted by scientists around the world.

What impact will we make in 2022, and over the next 25 years? The oceans are declining and a great deal of support and proactive change will be necessary to reverse those trends before it’s too late. The ocean may be vast, but all of us working together can make an equally vast difference.

ShareLikeTweetLinkedInPin
Posted in Blog
← Effective Protections are needed to Restore Marine Life and Ensure a Resilient FutureA map can reveal the real-time status of ocean protection around the world. How does it work? →