This week, we are excited to shine the Global Ocean Refuge System (GLORES) Partner Spotlight on Dr. Mark Costello, a member of our esteemed GLORES Science Council!

Mark J. Costello is based in the Institute of Marine Sciences at the University of Auckland, New Zealand, where he has coordinated the post-graduate course in Marine Protected Areas (MPAs) since 2004. 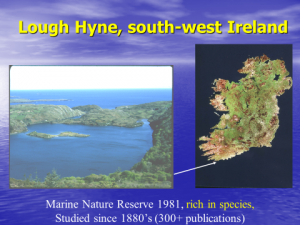 Lough Hyne, SW Ireland, was the first marine reserve in Ireland and where Mark did his PhD on amphipod ecology and biogeography.

Dr. Costello is passionate about the need for more fully-protected marine reserves for economic, social, spiritual and scientific reasons. His related research interests include global patterns of biodiversity and biogeography, biodiversity informatics, methods of biodiversity measurement including habitat mapping, and invasive species ecology. He conducted his PhD in Ireland’s first Marine Nature Reserve, Lough Hyne, and led the BioMar project, the largest marine ecological survey of Ireland that recommended a national network of Special Areas of Conservation (MPAs).

We asked Dr. Mark Costello why he joined the GLORES Science Council:

“I accepted the invitation to join the GLORES Science Council because there is an urgent need to promote marine conservation and identify exemplar areas that could act as models for other conservation areas.” 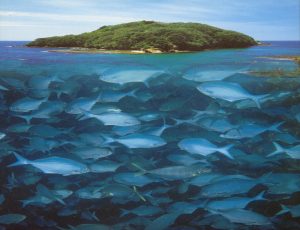 “I was shocked to discover that 94% of MPAs do not even aim to protect nature in a natural condition because they allow some forms of fishing. Thus most MPAs are about fishery management, not nature conservation. The term “Marine Protected Areas” has been used so loosely that it is almost meaningless; it muddles fishery management and nature conservation even though it seems that no MPAs have been located where they may best enhance fisheries. I believe the focus of nature conservation should be on marine reserves, areas where nature is unharmed by human activity.”

You can learn more about Dr. Costello at his University of Auckland profile and this Google Scholar list of his marine conservation related publications. Check out his @marinereserves page on Facebook for up-to-date MPA news. Our first Global Ocean Refuge System award-winners were announced in September, explore our GLORES website to learn more.