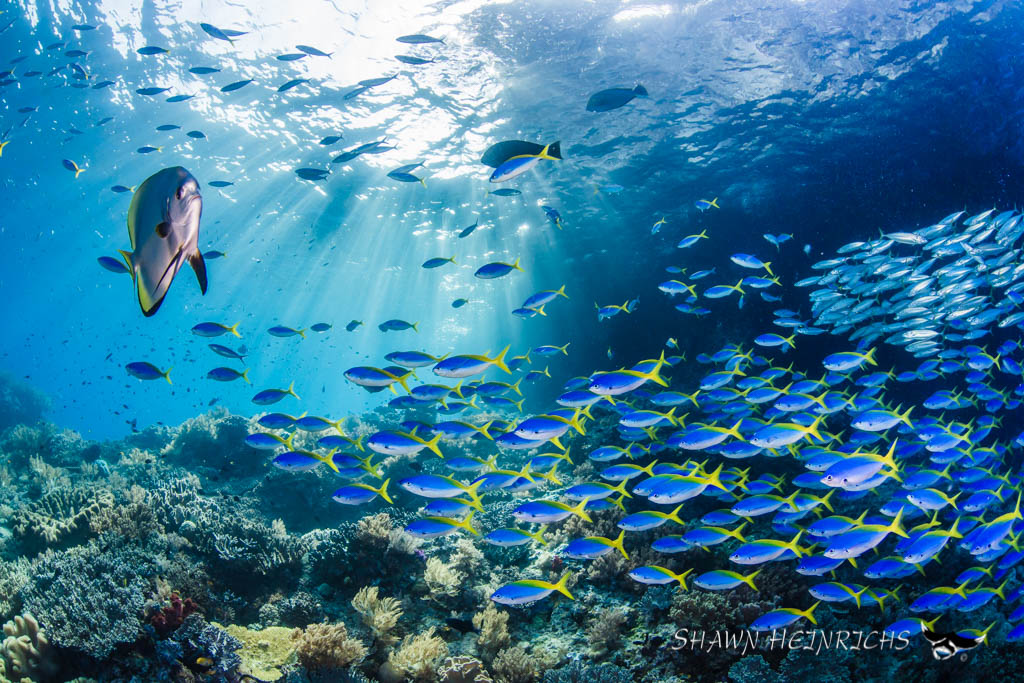 In the months since the world came to a screeching halt due to COVID-19, you have likely seen articles announcing that  “nature is healing” and photos of wildlife returning to areas typically crowded with tourists like the canals of Venice. While COVID-19 has shown us that a plummeting economy and forced isolation  can prove beneficial for some environmental issues, such as CO2 emissions, it has also had far-reaching negative impacts for other kinds of conservation efforts across the globe. It has thrown ocean conservation into a state of confusion the likes of which hasn’t been seen since the onset of large-scale mechanized commercial fishing in the early 20th century.

Danger in paradise: MPAs face both ecological and humanitarian threats

Instances of illegal fishing, poaching and other prohibited activities have been identified in a number of marine protected areas—along with other marine disasters such as the Mauritius oil spill.

For example, a massive fleet of Chinese fishing vessels sits on the border of the Ecuadorian exclusive economic zone (EEZ) just outside the Galapagos Marine Reserve (2019 Blue Park Awardee), setting off alarm bells. Whether the nearly 350-boat flotilla is actively fishing the boundary line between open ocean and the marine reserve or will attempt to illegally enter the Galapagos Marine Reserve or Ecuador’s exclusive economic zone has yet to be seen.[i]

Unfortunately, if damaging events are being documented in highly protected and effectively managed marine protected areas (MPAs) like our Blue Parks, the likelihood that they are happening in other, less stringently protected MPAs and on the high seas around the world is high.

Illegal, unreported, and unregulated fishing is only the tip of the iceberg with regard to marine threats in the age of COVID (Campos-Lima 2020). Management, in the form of financing, staffing and infrastructure, is a critical part of a successful MPA (Gill et al., 2017). Unfortunately, management capacity has taken a huge hit, even driving some MPAs to use crowdfunding to help them stay afloat, like Chumbe Island Coral Park.  As global tourism halts and economies decline, the decrease in funding has impacted MPAs the same way it has for many other industries. Some governments have dramatically slashed conservation budgets to provide emergency money for other parts of their economy. This has led to declining capacity for monitoring, enforcement and other management activities, and has left MPAs vulnerable to illegal fishing. Many MPAs are remote and have limited access to medical care in the best of circumstances. As MPA managers struggle to care for their MPAs, they also have to consider the risk the virus poses to staff, communities and local health care systems.

Conservation efforts are challenging to fund in the best of times. MPAs often depend on tourism-related fees and taxes as a primary source of funding; it’s the reason why divers often pay marine park fees to go somewhere amazing (Clifton 2004)! The halt of international travel, including the dive tourism on which these MPAs depend, has highlighted how fragile this funding model can be. The models for balancing eco-tourism with conservation that have been constructed in some of the world’s most lauded MPAs, including Misool Private Marine Reserve and Chumbe Island Coral Park—both of which are Blue Parks—have proven vulnerable.

In addition to the  environmental threats to MPAs and our Blue Parks, there are potential humanitarian disasters within the communities that depend upon these MPAs for their livelihoods; an issue that has been left out of much of the discourse surrounding COVID-19’s impact on conservation. Tubbataha Reefs Natural Park (another of our Blue Parks), for example, depends on tourism revenue for its operating budget, and 10% of the annual tourism revenue from the park supports the community of Cagayancillo, which has jurisdiction over Tubbataha Reefs. The loss of income from tourism has the potential to result in food and income insecurity in the community in addition to reduced protection for the incredible biodiversity in Tubbataha Reefs.

Within weeks of the global shut down this spring, all revenue ceased for Chumbe Island Coral Park (CHICOP). A privately-managed nature reserve, CHICOP is financially dependent upon ecotourism. The smallest of all of our Blue Parks, CHICOP exemplifies inclusion efforst and thoughtful engagement with local community members. Its management and enforcement team is made up of local residents who, prior to the MPA, fished the area for subsistence. Sibylle Riedmiller, the Director of CHICO, reported in April 2020 that loss of income in the local community was already driving some residents to poach for bushmeat and other unsustainable sources of subsistence.

Currently, Chumbe Island Coral Park is retaining a skeleton crew to ensure the MPA is protected and keeping as many staff  paid as possible to support as many families as possible. They have set up a crowdfunding campaign in an effort to continue employing staff, who depend on the MPA for their family’s income and health insurance.

With no flights filled with tourists hoping to see CHICOP’s corals, the littlest Blue Park’s future is up in the air. However, the strength and perseverance of the staff and supporters of CHICOP provide a glimmer of hope! Because of CHICOP’s unique approach to MPA management, the strong bonds between community members, funders, and the Tanzanian government have created a strong community that is working to sustain the MPA and all of those who protect it and depend on it. If you want to help support CHICOP you can make a direct donation here!

Managed and funded through a four-part private enterprise (Misool Resort, Misool Foundation, community members and tourists), the Misool Private Marine Reserve is another one of the world’s most lauded and successful privately managed MPAs. It also has been given a Blue Park award.  Funded by the divers who stay at Misool resort and cruise ship tourists who pay marine park entrance fees, Misool’s financial outlook is now much less secure than before the pandemic.

With tourism halted and the area more deserted, poaching in the MPA’s no-take zones is a growing threat. In April, Misool rangers encountered a group of three commercial fishing vessels fishing inside the expansive no-take zone. The poachers were apprehended with 150 kg of illegally caught marine species and were handed over to the Raja Ampat marine police. Misool is known as one of the greatest dive sites in the world; I personally dream of getting to dive it one day!

The absence of divers and tourists due to COVID-19 has dramatically decreased “eyes on the water”. Matt Miners, the co-founder and director of sales and marketing at Misool Resort and Misool Foundation, told The Skimmer after the poachers’ apprehension, “It was a stark reminder that all that we’ve fought so hard for will disappear the moment we take our hands off the wheel.”

The pandemic is also requiring Misool managers to think about new models of sustainable financing. As Miners told The Skimmer, “the COVID-19 crisis is an opportunity for us to reimagine tourism.” When domestic travel resumes within Indonesia, perhaps there will be an opportunity for catering to a smaller, domestic audience looking for the luxury marine tourism experience.

The impact of COVID-19 on the oceans may never be fully understood since it has reduced surveillance, interrupted science, and reduced important management activity.

On the other hand, the pandemic is creating opportunities to reevaluate the Western model for much of the world’s marine research and conservation. It is creating space for needed local leadership in marine conservation and scientific efforts, as Sri Lankan marine biologist Asha de Vos has written. We hope local and indigenous people’s efforts blossom during this period. Marine Conservation Institute’s Blue Sparks program to support local conservation efforts is doing just that in Argentina, Brazil, Chile and elsewhere.

As the world begins to understand the connection between environmental exploitation and diseases like COVID-19, innovations in conservation approaches and shifts in global economic investment are emerging in a positive way (Hockings et al. 2020). More people are beginning to understand why Blue Parks like the Galapagos, Chumbe Island, and Misool, are critical, both for the health of the planet and for human health. Now more than ever, the pandemic is pushing us to stay vigilant, to think more innovatively about conservation strategies, and to continue to fight to secure strong protections for at least 30% of the ocean by 2030.

[i] In August, there was talk of a supposed moratorium on Chinese fishing in the areas surrounding the Ecuadorian EEZ. This was believed to come into effect in September and last for three months, though as of the beginning of September, reports showed that despite Chinese gestures toward a moratorium, the fishing fleet still remained in place. More details available here.