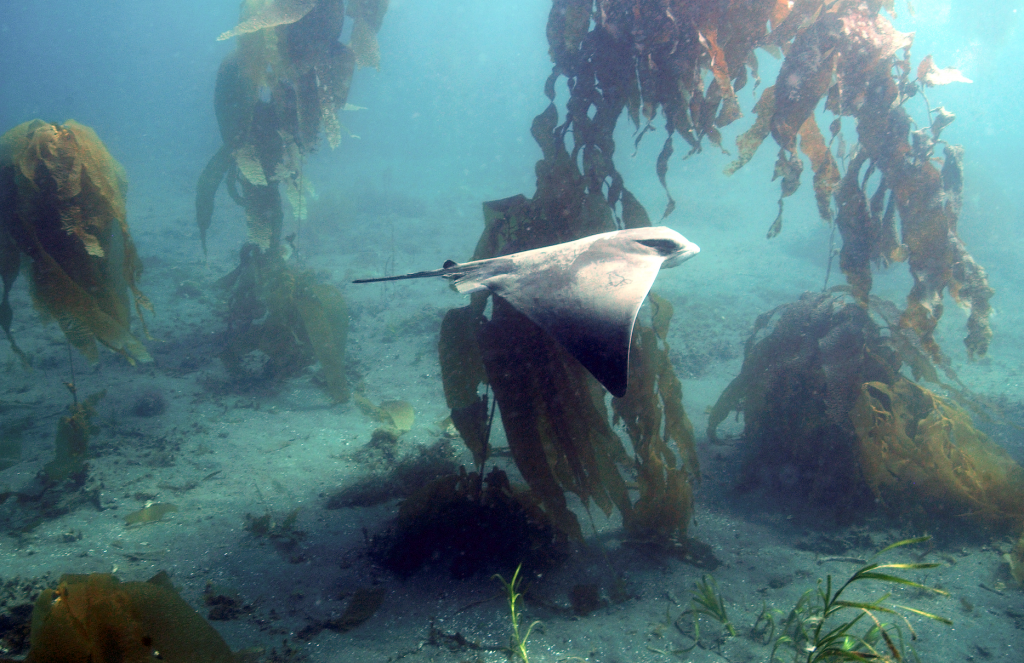 Ventura, CA — Today, Marine Conservation Institute will present a Blue Park Award to the California Department of Fish and Wildlife, National Oceanic and Atmospheric Administration’s (NOAA) Office of National Marine Sanctuaries, and the National Park Service at a 4:00 pm ceremony at the Santa Barbara Zoo. The award recognizes the collaborative efforts of state and federal managers in meeting the highest science-based standards for protection and management of the northern Channel Islands Marine Protected Areas (MPAs).

“The northern Channel Islands MPAs are some of the oldest in California’s comprehensive statewide network,” said Becky Ota, California Department of Fish and Wildlife Marine Habitat Conservation Program Manager. “The California Department of Fish and Wildlife is proud of our collaborative conservation accomplishments with our state, federal, and community partners both at the Channel Islands and throughout the State to adaptively manage California’s 124 MPAs.”

“Our goal is to recognize MPAs that deliver real results for marine life conservation and inspire others around the world to protect 30% of the ocean’s most important places by 2030,” said Dr. Lance Morgan, President of Marine Conservation Institute. “We hope that Blue Park recognition of the northern Channel Islands MPAs provides a shining example of regional marine conservation efforts and encourages others to protect our oceans for generations to come.”

About the Northern Channel Islands MPAs

The northern Channel Islands MPAs protect some of the richest marine ecosystems in the world. A network of 13 MPAs covering 318 square miles was established by the State of California and the federal government to provide a refuge for sea life and as investments in the future for education, recreation, and enjoyment.

Marine Conservation Institute works with existing and new MPAs to ensure they are well- designed, effectively managed, protect our oceans and deliver on their commitment to protect marine biodiversity for generations to come. MPAs that meet these standards can achieve a Blue Park designation, the highest award of conservation excellence. Blue Park Awards were established by the Marine Conservation Institute to encourage governments to safeguard marine wildlife, secure critical habitats, promote resistance to climate change, and ensure the beauty of our oceans for future generations.

Marine Conservation Institute, founded in 1996, works in the U.S. and globally to seek strong protection for 30% of the ocean by 2030—for us and future generations. Our focus on protecting the ocean’s most important places follows several lines of work: identifying and advocating for strong marine protected areas; improving laws and other tools to better conserve marine biodiversity; catalyzing effective conservation by recognizing and elevating the best marine protected areas as Blue Parks; and accurately reporting on conservation efforts with our Marine Protection Atlas (MPAtlas.org).

ShareLikeTweetLinkedInPin
Posted in News Release
← Nominate a deserving MPA for a 2020 Blue Park Award!2020 is Here – Will We Meet Global Conservation Targets for Marine Protected Areas? →