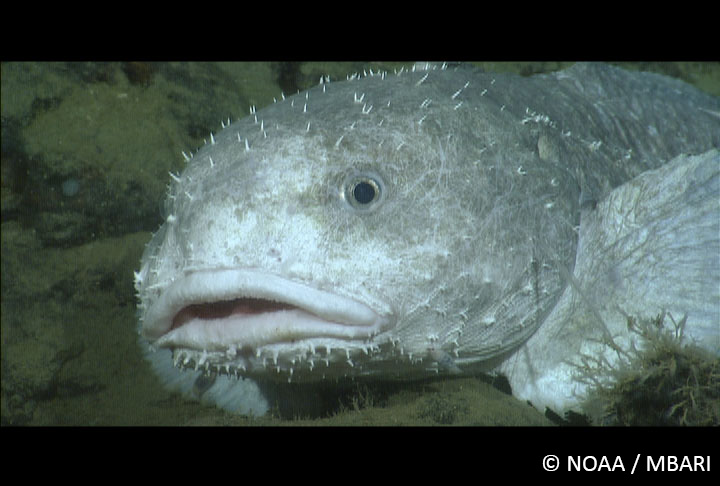 Seamounts are underwater mountains that rise from the seabed. Because most of the world’s seafloor is a muddy plain, seamounts are special deep-sea features that support unique creatures. Seamounts can arise along mid-ocean ridges, as isolated landmarks, or as volcanoes in chains and clusters. Off California, several seamounts were ancient islands that only went under over the last several million years. Though seamounts may seem remote and most are unexplored, research already shows that they benefit our ocean and us. Here are five reasons that seamounts matter. 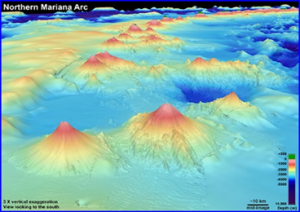 Model showing the shape and size of seamounts in the Mariana Arc. Image: NOAA

Seamounts have a big effect on the deep-sea environment. They accelerate ocean currents, generate waves, increase upwelling, and amplify tides. These changes improve the food and nutrient supply for filter feeders while removing waste and reducing sediment build-up. Thus, seamounts create better conditions for a wide variety of ocean wildlife, from seafloor invertebrates like corals to pelagic species like sharks that prey on fish drawn to deep-sea nutrients. 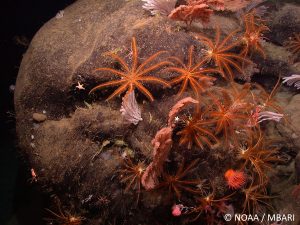 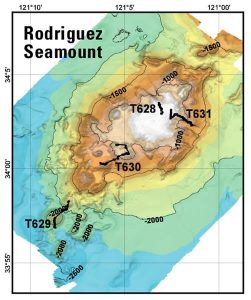 Because seamounts rise through the depths, each one creates unique habitats throughout the water column. California’s Rodriquez Seamount, for example, peaks in a low oxygen zone and supports ecosystems distinctly suited to the harsher conditions. As one researcher, Dr. David Clague, remarked during a research cruise, “the assemblages of animals [at Rodriquez] were distinct from any we have seen on other seamounts…”.

Seamounts are stepping stones across the ocean. 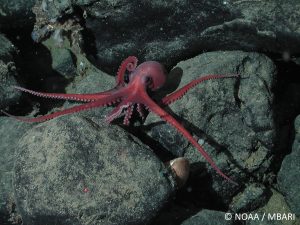 Many seamount-adapted species can’t live just anywhere in the deep sea. As such, seamount chains provide the right conditions in the right places for these animals to expand their range. Gumdrop Seamount is one such stepping stone: mulberry file clams off California are genetically similar across over 1,000 miles of ocean, and it is believed that their larva spread from seamount to seamount. Without these seamounts, they could be trapped! 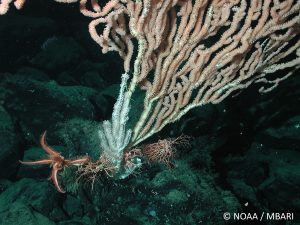 Bamboo coral on the Davidson Seamount with basketstars and crinoids. This coral colony is estimated to be over 200 years old. Photo: NOAA/MBARI 2002

Many cold-water corals and sponges around seamounts are very long lived—one deep-sea sponge is estimated to have been 11,000 years old! Over the course of their lives, these animals trap materials in their skeletons that show different aspects of the climate. Rare bamboo corals around the San Juan Seamount, for example, offer us a long-term glimpse of how our ocean and atmosphere have changed. And, more importantly, how humans are changing them today. 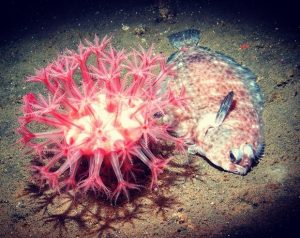 Deep-sea habitats account for 90% of the world’s oceans. Despite this coverage, the deep sea and its seamounts remain largely unexplored. For all the ecological benefits we know that they provide, there is much more waiting to be discovered. Just as humans raced to summit every mountain, it’s time for us to dive deep and discover these underwater peaks!

We are working with Marine Applied Research and Exploration to find and protect deep-sea corals near the Northern Channel Islands in California. You can help us save these unique ocean wonders!

Feature Photo: A blob sculpin on the Davidson Seamount, photo by NOAA / MBARI 2006