Marine Conservation Institute works to protect the home of the iconic Hawai'ian monk seal. Our report, Enhancing the Future of the Hawaiian Monk Seal: Recommendations for the NOAA Recovery Program, takes a detailed look at the seal recovery program and how it could be improved to achieve a self-sustaining population in the next several decades.

Seals in the Main Hawaiian Islands are increasing through natural reproduction, but the seals in the Northwestern Hawaiian Islands are still struggling to survive. Marine Conservation Institute advocates for the seal; working to protect its home and supporting a fully-funded program to implement needed recovery actions to restore the population of this uniquely American seal. 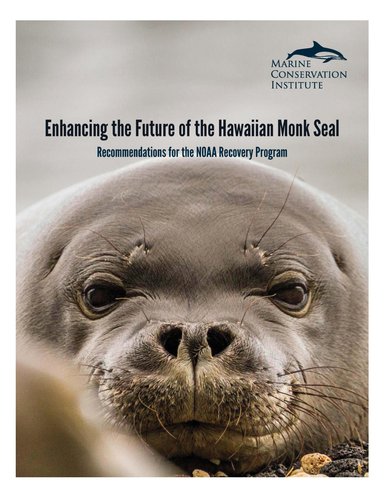