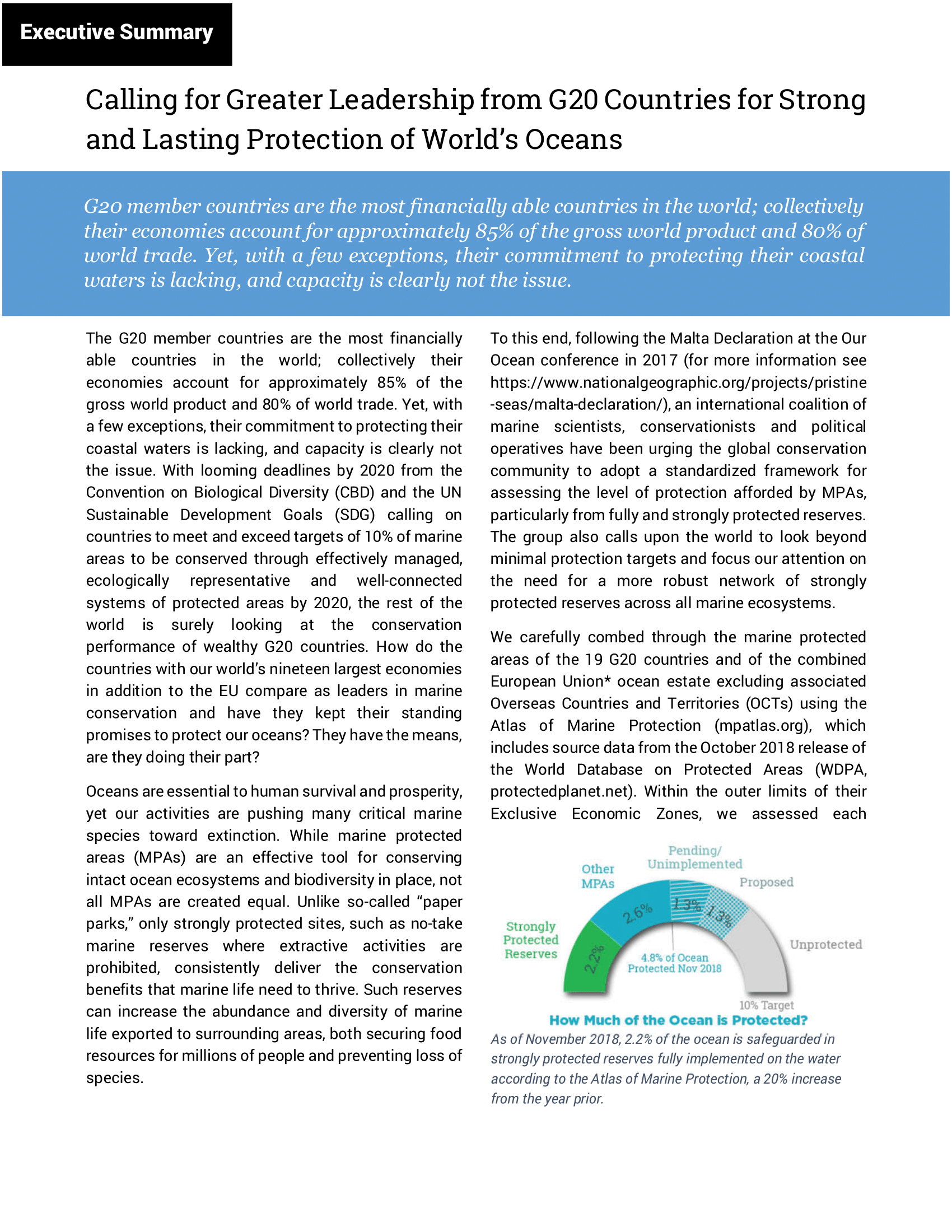 Of the 19 G20 countries, only 6 have protected more than 1% of their oceans in strongly protected reserves. The United Kingdom (UK) and United States (US) lead the pack of front runners, with a full 23.3% and 23.1% of their respective marine estates fully protected. With a comprehensive marine park network coming into force this past July 2018 after six years of limbo, Australia ranks in third place with 9.2% of its entire marine estate within no-take reserves. In fourth place, Mexico has strongly protected about 4.7% of its marine area with 21.9% falling within all forms of marine protected areas.  Brazil follows behind with 3.3% of its ocean in strong reserves, with a significant contribution from no-take zones within the two new massive Environmental Protection Areas of Sao Pedro e Sao Paulo and Trinidade e Martim Vaz. In sixth place, France strongly protects about 1.5% of its vast marine estate. The remaining G20 group members have fully protected less than 1% of their oceans, including the whole European Union* with a miniscule 0.02% safeguarded within strongly protected reserves.