You can make a difference! Sign our letter to help fully protect the marine wildlife at Davidson Seamount.

This pelagic Grimpoteuthis species of octopus, photographed at Davidson Seamount, lives in the water column, only rarely touching down on bottom. Photo: OET/NOAA

You can make a difference! Sign our letter to help fully protect the marine wildlife at Davidson Seamount.

This pelagic Grimpoteuthis species of octopus, photographed at Davidson Seamount, lives in the water column, only rarely touching down on bottom. Photo: OET/NOAA

We, the undersigned, are concerned that the latest conservation management plan proposed for the Monterey Bay National Marine Sanctuary and Davidson Seamount would allow continued commercial fishing in much of the water column above the seamount. As you well know, the California seamounts collect a vast and spectacular array of wildlife –colorful sponges, corals, and fish--on their slopes, and abundant and diverse marine life in the water column above. As the ocean warms, places like Davidson Seamount are becoming even more critical as climate refuges for ocean life, but to provide complete conservation benefits, refuges like seamounts need protection for the entire ecosystem from the deep bottom all the way to the surface of the ocean.

The Davidson Seamount has often been called an Oasis of the Deep, filled with fragile deep sea corals below and teeming above with marine life such as whales, seabirds, sea turtles, tuna, sharks, and swordfish. But the proposed Sanctuary plan does not protect the waters above the seamount (from the surface to 3,000 feet down fishing is allowed). Monterey Bay Sanctuary’s own report on threats to the seamount [page 15] documents risks to the whole ecosystem from commercial fishing for tuna, sharks and swordfish.

Many ocean conservation studies show that removal of top predators like tuna and sharks from surface waters can not only effect the abundance of the smaller fish they eat but also ripple through the food web below.  Removing top predators can even have an impact on zooplankton and plankton all down at the base of the food chain and reduce the diversity of marine life in the area.[i]  Further, there are very few fully protected open ocean marine protected areas in the world; Davidson Seamount would be an important addition.[ii]

We believe it is imperative for the water column above the seamount to be fully protected from fishing and other forms of ocean extraction. Fishing, especially commercial fishing, can change the entire seamount ecosystem from seafloor to the top of the ocean. We should not let that continue.

Yours in ocean protection,

Guillermo Ortuño Crespo and Daniel C. Dunn. (2017) A review of the impacts of fisheries on open-ocean ecosystems. ICES Journal of Marine Science, doi:10.1093/icesjms/fsx084

Thank you for taking the action to protect Davidson Seamount.

Something went wrong. Please check your entries and try again.

By submitting this pledge, you consent to receive email communication from Marine Conservation Institute regarding California seamount conservation actions. You can unsubscribe at any time using the links at the bottom of every email.

There are so many ways to engage! 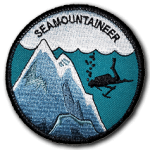 A donation of $20 or higher earns you a limited-edition Seamountaineer badge. 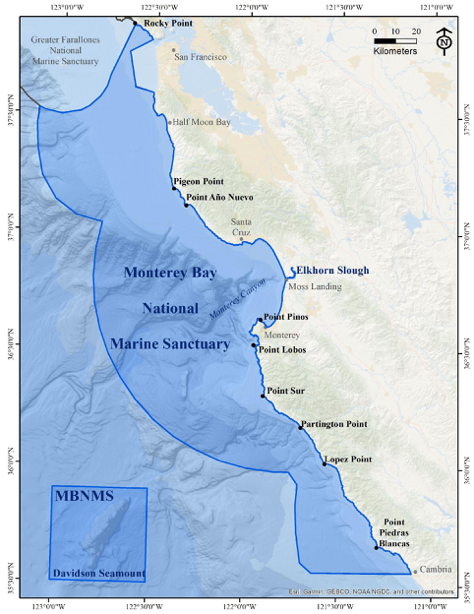