The Exuma Cays Land and Sea Park was established by the Commonwealth of The Bahamas in 1958 under the National Trust Act to “protect the native flora and fauna, natural communities, and ecosystems that represent the biodiversity of the Park.”

Exuma Cays Land and Sea Park is an important site for the transport and settlement of the Caribbean spiny lobster larvae – a highly valued source of food and revenue with declining populations worldwide. It provides a critical reserve for lobsters to grow to their maximum size in shallow and deepwater reefs without fishing disturbance. The park similarly helps Nassau grouper conservation in the Bahamas: elevated grouper biomass within the park is predicted to have a spillover effect into outside areas, which benefits local fisheries and larval replenishment.

Exuma Cays Land and Sea Park is home to many species of nesting seabirds, earning it an Important Bird Area designation from BirdLife International. Its cliffs host a large colony of white-tailed tropicbirds and yellow warblers nest in its mangrove wetlands. The largest known Audubon’s shearwater colony remaining in the West Indies is protected in the park as well.

Among the best-studied aspects of marine biodiversity in the Exuma Cays Land and Sea Park are the effects of marine reserve protection on reef fish populations: research has confirmed higher species richness within the park. There also appears to be lower abundances of sea urchin in the park, which likely indicates higher abundances of predatory fishes. 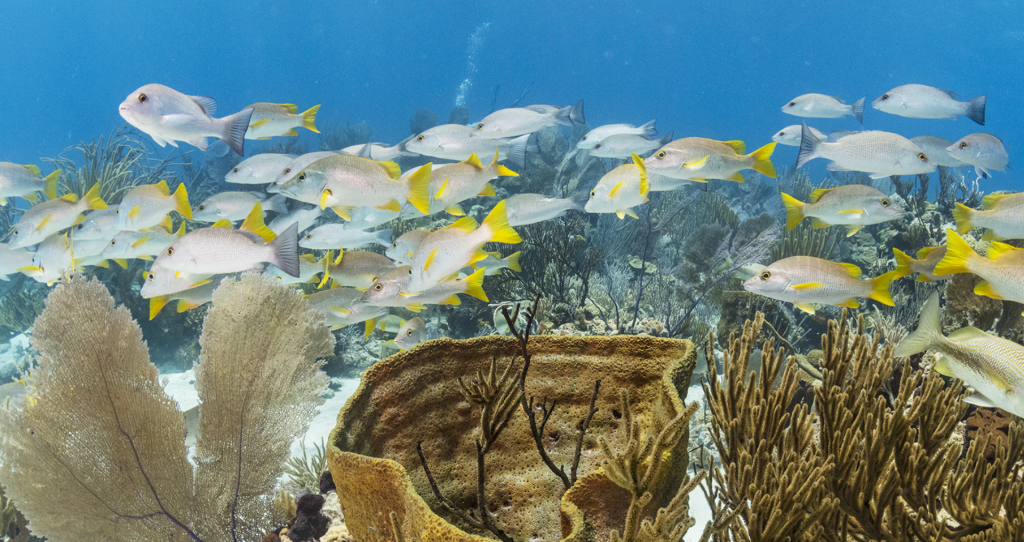