Skip to content
Parque Nacional Isla del Coco
Cocos Island National Park is an important point of travel for migratory sharks in the Eastern Tropical Pacific, and is home to almost half the endemism in Costa Rica
Photo: Avi Klapfer

The waters of Cocos Island are highly productive, due to its location at the intersection of the Panama Current and the Pacific Equatorial Countercurrent. The convergence of these currents, combined with the various ecosystems in the area such as coral reefs, deep-sea pelagic ecosystems and shallow waters, have made Cocos Island an extraordinary habitat.

Cocos Island was established as a National Park in 1978, and was expanded several times over the following years to include the marine environment. In 1997, Cocos Island was designated as a UNESCO World Heritage Site, to recognize its unique geological structure and the incredible amount of biodiversity that resides there. 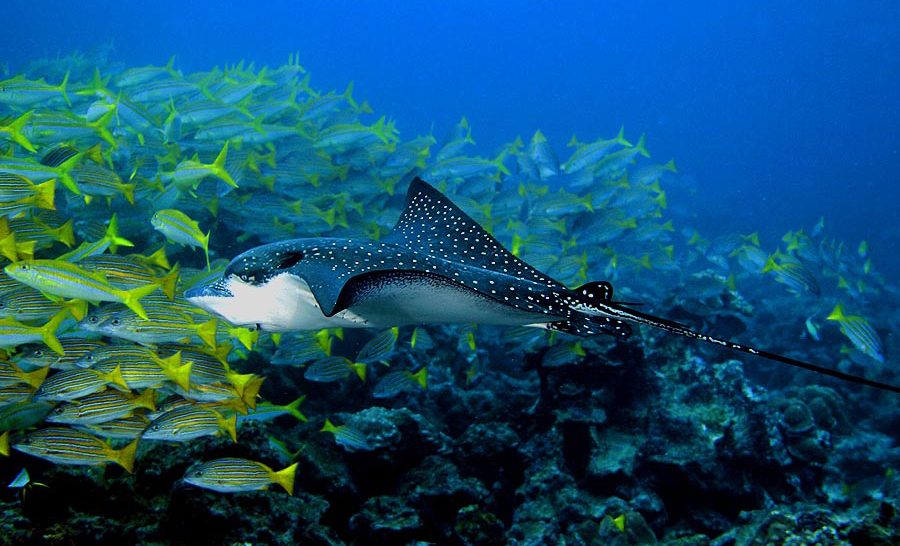