The Arnavon Community Marine Park protects a variety of marine ecosystems including mangrove forests, lagoons and a diverse array of corals. The Arnavon Islands are home to the largest gathering of nesting hawksbill turtles in the South Pacific - over 2,000 turtles nest there each year. However, the Arnavon Islands are home to more than just hawksbill turtles. Large schools of fish, green sea turtles, invertebrates, and other commercially viable species such as tridacnid clams, sea cucumbers and parrotfish also reside here.

The Arnavon Community Marine Conservation Area, an area of 152 km² was designated in 1995. The area was then upgraded to a Marine Park in 2017 and now covers 169 km².

A community-based management approach is part of what makes Arnavon a great example of marine conservation. Following a severe decline in the hawksbill turtle population in 1976, the Solomon Islands government declared the Arnavon Islands a sanctuary. However, the top-down management approach was short-lived, and in 1991, beach monitoring and turtle tagging began, marking the beginning of community-based management. The Park is currently managed by the Arnavon Community Marine Park Management Committee, made up of a representative from the Ministry of Forests, Ministry of Environment and Conservation, the Nature Conservancy, provincial fisheries officers from Isabel and Choiseul, and two representatives from the neighboring Kia, Waghena and Katupika communities. 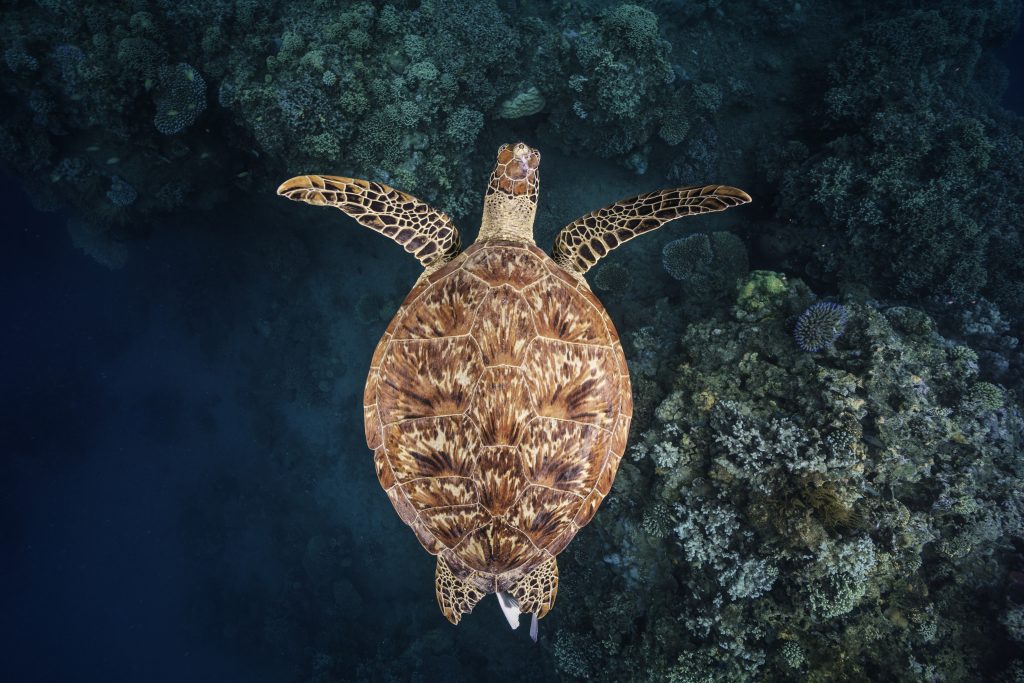