"The Ocean drives global ecosystems that make the Earth habitable for all species. For the last 37 years and counting, the Abrolhos Marine National Park staff has worked hard to ensure the protection of a unique and critical area within Brazilian waters. Now, it is an honor to receive the Blue Park Award in recognition of this effort, representing a big step to improve our effectiveness, promote management actions that secure our invaluable resources, and engage the society with the marine conservation cause."  -Fernando P.M. Repinaldo Filho, Head of Abrolhos Marine National Park

Abrolhos Marine National Park is located on the Abrolhos Bank -- a hotspot for marine wildlife off the central coast of Brazil. Abrolhos boasts the highest marine biodiversity in the South Atlantic Ocean with at least 20 species of coral, including 6 species that are endemic to Brazil. Its unique “chapeirão” reefs consist of mushroom-shaped pinnacles which are 5 to 25 m in height and 20 to 300 m across their tops and host fans of fire coral and round knobs of brain corals.

It is home to the largest South Atlantic breeding population of humpback whales, many species of dolphin, and at least three threatened sea turtle species. In addition to its unique coral reef ecosystem, the park protects mangroves and sea grass meadows around offshore islands. The Abrolhos Archipelago is also an important nesting site for seabirds including the red-billed tropicbird , boobies, the magnificent frigate bird and the migratory brown noddy. 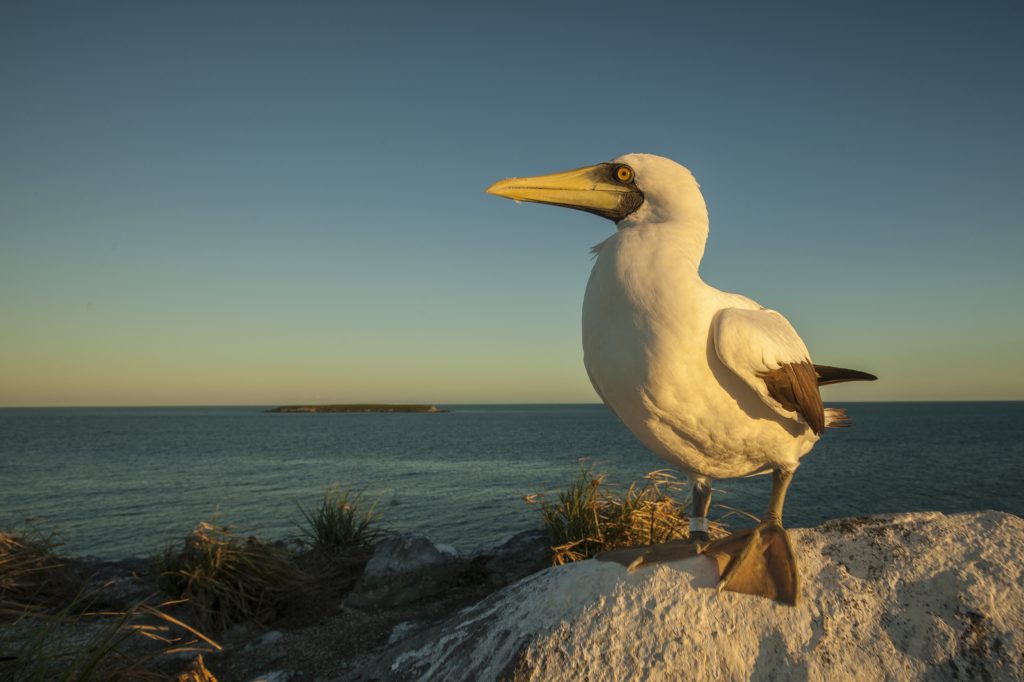